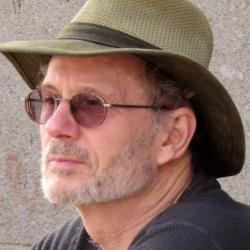 Robin's early research involved taxonomy and population genetics of tropical and temperate marine fishes, but since coming to the NWFSC he has worked primarily with salmon.  Before assuming the role of senior scientist at the end of 2000, Robin led the Conservation Biology Division (and its precursors) for a decade, during which time CBD staff conducted a series of comprehensive reviews of the status of Pacific salmonids under the federal Endangered Species Act.  From 1999-2003 he was the Center's scientific lead for salmon recovery planning, and during 2003 and 2004 he was a visiting scientist at university laboratories in France and the U.S.  Robin has a B.A. in American Studies from Yale University and a Ph.D. in Marine Biology from Scripps Institution of Oceanography.

Robin's research focuses on population genetics and conservation biology of aquatic species.  His research is motivated by the desire to use evolutionary and ecological principles to inform conservation and management of natural populations. Particular interests include: 1) adapting standard population genetics theory so that it can be applied to real-world problems for species in the wild; 2) combining diverse types of information (molecular genetics; life history; ecology) to characterize hierarchical levels of diversity in natural populations; 3) assessing viability of complex conservation units that include multiple independent populations and diverse ecotypes; 4) methods for analyzing gene flow and population structure in species with high dispersal capabilities; 5) adaptive responses by salmon to anthropogenic changes to their ecosystems. Robin is also Director of the Center's Internal Grants Program, which over the past decade has provided more than $2.4 million in grants for innovative research projects by Center staff, especially junior scientists.