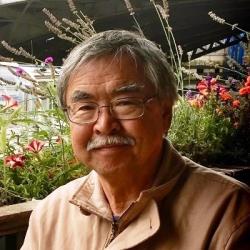 Tom is a marine ecologist. After completing undergraduate studies at Earlham College in Indiana in 1976, he worked and studied in Germany and received his Ph.D. in biological oceanography at the Institute of Oceanography at the University of Kiel in 1989. His master’s thesis focused on benthic-pelagic coupling during a fall phytoplankton bloom in the Baltic Sea.  Tom’s PhD research was conducted largely within the German Special Research Project 313 ‘Circulation and Production of the Northern North Atlantic’, in which his focus was on the influence of zooplankton and benthos on carbon cycling and carbon sequestration in the Norwegian, Greenland and Iceland Seas.

In late 1989 Tom moved to Norway and conducted post-doctoral research at the University of Tromsø and later at the Institute of Marine Research in Bergen, where his work expanded to include marine mapping and habitat assessments. Much of this research was conducted in the EU-funded European Subpolar Ocean Programme, but he also worked in several other projects covering habitat mapping and classification, transport of pollutants in the North Sea, and remote sensing and persistence modeling of harmful algae blooms in relation to salmon aquaculture. For some years he was also running an image analysis laboratory, and conducted various analyses ranging from ice habitat preferences of seals to otolith shape analyses.

In 2001 along with his wife and two children, Tom moved to the USA to work as Lab Director and Chief of the Ecosystems Processes Division in Sandy Hook, NJ at the Northeast Fisheries Science Center. That Division eventually merged with the Center’s Aquaculture and Enhancement Division to form the Ecosystems and Aquaculture Division, which he continues to lead today.

Tom has served on several international, national and regional advisory committees and research organizations. He was chair of the board of directors for the Canadian Healthy Ocean Network. He was the co-founder of the Gulf of Maine Mapping Initiative (GOMMI) as well as the Norwegian MAREANO, which is one of the largest marine habitat mapping programs in Europe. Tom served as chair of the ICES (International Council for the Exploration of the Ocean) Marine Habitat Committee as well as the ICES Steering Group on Human Interactions on the Ecosystem, and until August 2015 was the US representative on the ICES Science Committee. Currently he spends much of his work time promoting Center and Division science activities through personnel and budget planning, and pursuing partnerships with academic and industry partners to increase the nation’s sustainable seafood production.