Marine mammals are significant consumers of prey populations, and as such, should be considered in ecosystem-based fisheries management (EBFM) when they prey on commercially valuable species. The Eastern Pacific stock of northern fur seals (Callorhinus ursinus), which has been declining since the late 1990s, overlaps spatially and temporally with the eastern Bering Sea walleye pollock (Gadus chalcogrammus) fishery during the summer and fall. There have been few recent attempts to quantify fur seal pollock consumption despite the ongoing decline, which is an important first step in understanding the role of food availability in the decline and in determining the need to incorporate them into EBFM of pollock. To remedy this, we developed age- and sex- specific bioenergetic models and combined these with empirical diet estimates of fur seals from the Pribilof Islands. The resulting size-specific estimates of pollock consumption were compared with that of the three fish predators (pollock, cod, and arrowtooth flounder) currently included in the multi-species stock assessment model CEATTLE.  Fur seal consumption of pollock rivaled that of individual fish predators. I will discuss interannual variation in size-specific pollock consumption by fur seals, why previous attempts likely underestimated fur seal consumption of walleye pollock, and ongoing efforts to incorporate fur seals into the CEATTLE model. 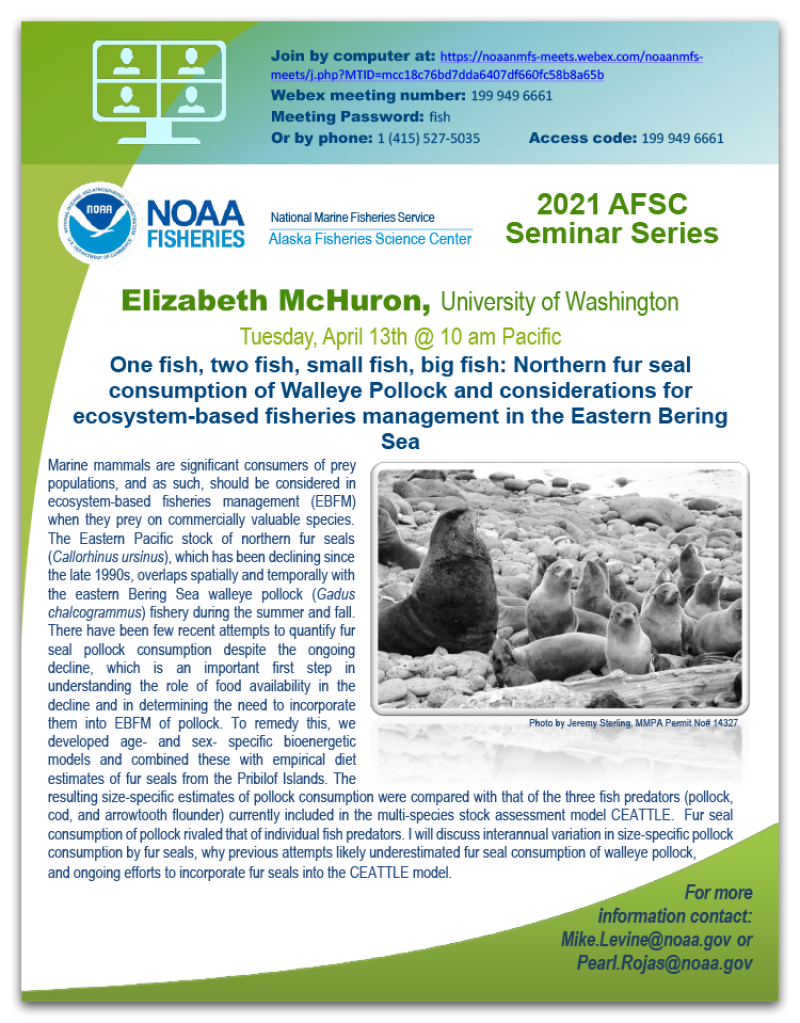