Woods Hole Black History Month events will include a film, several presentations, a student essay contest, and the annual Harambee or ethnic feast with entertainment. All events are free and open to the public.

Check each day for time.

Check each day for the location of that event
Woods Hole - Falmouth, MA 02540

Woods Hole Black History Month 2020 events will focus on this year’s national theme of "African Americans and the Vote.” The Association for the Study of African American Life and History commemorates the 100th anniversary of the Nineteenth Amendment to the U.S. Constitution granting women the right to vote, and the 150th anniversary of the Fifteenth Amendment granting black men the right to vote.

Information on individual events during the month is provided below under Days. Events begin February 7 and end February 27.

All six science organizations are members of the Woods Hole Diversity Initiative.

Local events begin on February 7 with a screening of “Selma” at Falmouth Academy’s Simon Center at 7 Highfield Hall in Falmouth, Massachusetts. The PG-13 film chronicles Dr. Martin Luther King, Jr.’s campaign to secure equal voting rights via an epic march from Selma to Montgomery, Alabama. Doors open at 6:30 p.m. and the movie begins at 7 p.m. Refreshments will be provided. Eight Cousins Books of Falmouth will offer a book table starting at 8:30 p.m. The film screening is co-sponsored by Falmouth Academy.

“Hoodwinked, Bamboozled, and Led Astray by Romanticizing the Dream” is the topic of a February 18 presentation by the Rev. Will H. Mebane, Jr., rector of Falmouth’s St. Barnabas Memorial Church. His presentation will take place at noon at the MBL’s Speck Auditorium in Rowe Laboratory, 10 MBL Street, in Woods Hole.

He received his undergraduate degree in radio, television and motion pictures from the University of North Carolina, Chapel Hill and worked in broadcast positions in several states before founding a management, media and marketing company. Will Mebane produced media for the Special Olympics World Games and managed 50th anniversary celebrations commemorating the entry of Jackie Robinson into Major League Baseball, and helped promote Elton John’s World Tour. Mebane is a founding member and former vice president of the nonprofit organization that built the freedom schooner Amistad.

Later in life Will Mebane decided to join the seminary. He earned a master of divinity degree along with an award of excellence in preaching from Yale University Divinity School. Through the years he has held positions at Trinity Episcopal Cathedral in Cleveland, Ohio and as interim dean at St. Paul’s Episcopal Cathedral in Buffalo, New York.  He has served in numerous community organizations, and recently served as vice chairman of the national executive council for the Episcopal Peace Fellowship and on the national leadership team of the fellowship’s Palestine Israel Network.

New this year is a student essay contest on African Americans and the Vote open to students in grades 6-12 in Falmouth and Mashpee public schools. One winner from grades 6-8 and one from grades 9-12 will each receive $100.00. Deadline for entry submission is February 21 at 10 p.m. The contest is sponsored by the Woods Hole Diversity Advisory Committee.

Learn more about the essay contest and how to submit an entry at Woods Hole Black History Month 2020 Essay Contest.

Daniel Black, professor of African American Studies at Clark Atlanta University, will be returning to Woods Hole this year. Dr. Black is founder of Ndugu and Nzinga Rites of Passage Nation, a mentoring society for African American youth.  He will speak on “Cost of the Vote” on February 24 at noon in Woods Hole Oceanographic Institution’s Redfield Auditorium, 45 Water Street, Woods Hole.

An award-winning novelist, Daniel Black has written six books, including “Perfect Peace,” “Listen to the Lambs,” which explores of lives of homeless people, and “The Coming,” a first-hand account of Africans on a slave ship in the 16th century. “Perfect Peace,” about gender and sexuality, has been reprinted more than 10 times and is being heralded as a major American literary classic.

A native of Kansas City, Kansas, he spent his formative years in rural Blackwell, Arkansas and graduated from Clark College (now Clark Atlanta University), where he earned the prestigious Oxford Modern British Studies fellowship to Oxford University. He was also awarded a full fellowship to Temple University, where he studied with poet laureate of the Black Arts Movement, Sonia Sanchez, and earned his Ph.D. in African American Studies. 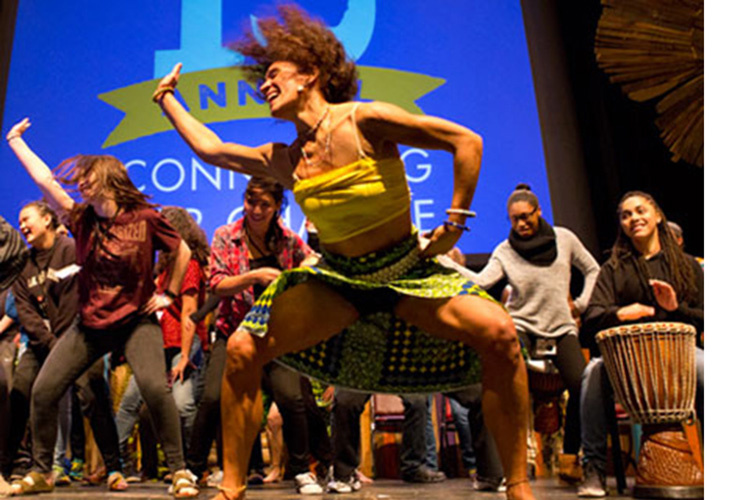