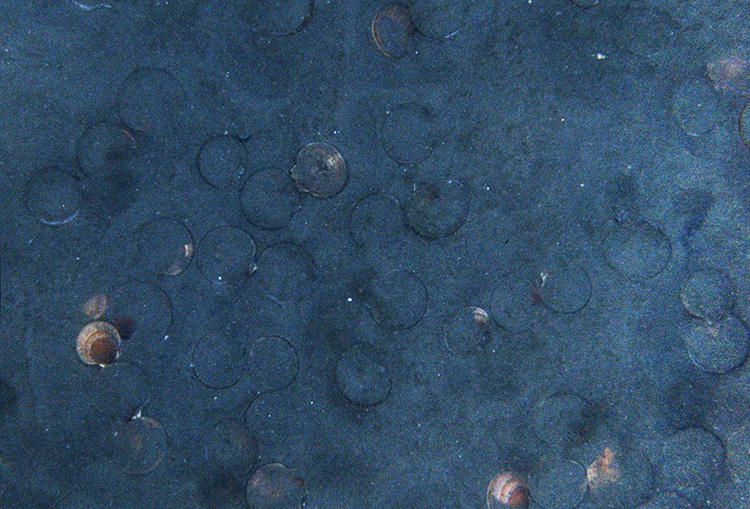 The 2019 Northeast sea scallop survey got underway May 15 aboard the R/V Hugh R. Sharp, first covering stations in the Mid-Atlantic and then on Georges Bank. Operations concluded on June 14.

This survey occurs annually. It uses both a dredge to collect physical samples of sea life and their habitat, and a towed vehicle known as the HabCam. The HabCam is fitted with a number of sampling instruments, including cameras that photograph the ocean bottom. This dual sampling method enriches data available to researchers and helps ensure that information can be collected even if one of the systems fails during survey operations.

HabCam coverage in the Mid-Atlantic was the most comprehensive achieved by the Center survey to date.

On Georges Bank, only the Southern Flank tracks and a small part of the northern Great South Channel were covered—about 30 percent of planned HabCam tracks for Georges Bank. HabCam tracks planned for the Northeast Edge and most of Great South Channel were not completed owing to operational issues with the HabCam vehicle and two days of unworkable weather.

“The sea scallop fishery is among the most valuable in the region, and people who rely on it also rely on us to provide the best possible data,” said Jon Hare, director of NOAA Fisheries’ Northeast Fisheries Science Center. “We were able to conduct additional dredge samples in the areas of Georges Bank that HabCam did not cover, and the team on the vessel did an excellent job adapting to the situation.” 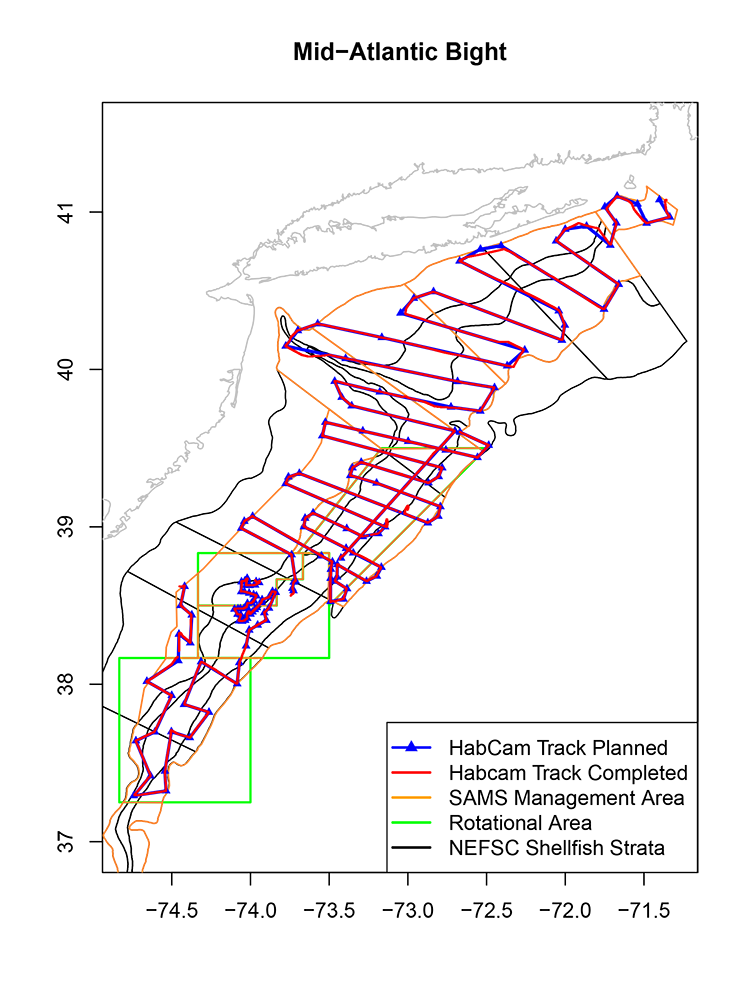 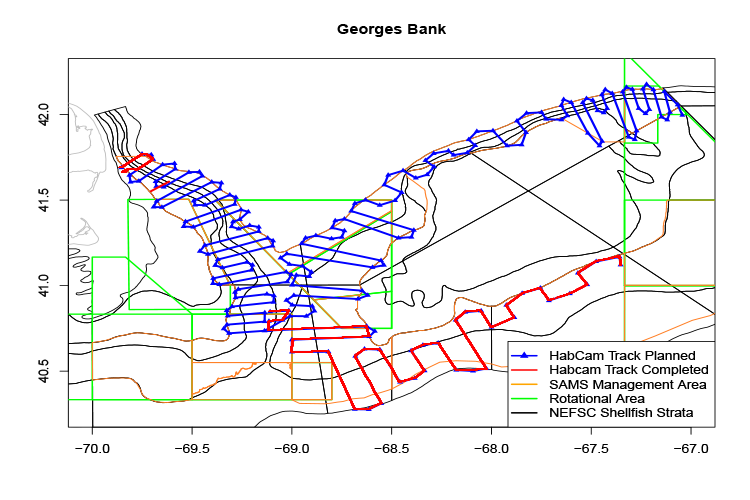 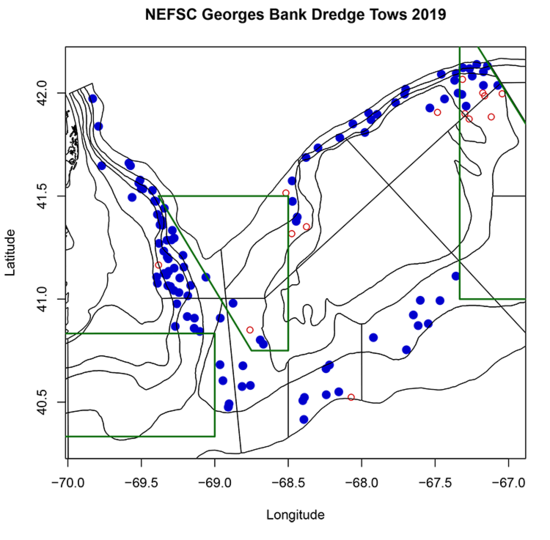 On the night of June 6 during survey operations in the northern Great South Channel, the HabCam hit a very large uncharted boulder while under tow and separated from the ship. A locator on the vehicle allowed the ship to pinpoint its location on the bottom, about 130 feet from the surface. Dredge sampling continued as planned over the next three days while a commercial dive team assembled to assist with HabCam recovery, which occurred on June 10. The instruments and cameras were undamaged. Minor repairs were made to the frame.

“Whenever we put gear over the side of a vessel it’s at risk of damage or loss. I am pleased that we were able to quickly and successfully recover and redeploy HabCam,” said Hare. “I particularly want to thank those on the Sharp and the dive team for their professional response to this event.”

The HabCam was redeployed on June 12 but soon encountered a power supply problem. Because the weather was fair, dredge sampling continued in the channel for the rest of the day before returning dockside. After repairs on June 13, operations were to resume on June 14. However, foul weather forced an end the survey, which was originally scheduled to conclude on the morning of June 15.

The federal sea scallop survey is an important data source for stock assessment, but it's not the only source. The sea scallop fishery management plan provides a way to support research important for the fishery in a "Research Set-Aside" program. It works by setting aside a portion of the annual sea scallop quota, then using funds generated by sales of these landings to fund research. These projects contribute to better management and understanding of the resource, and include dredge and camera surveys conducted by institutions other than NOAA Fisheries.

Under this program, the UMass Dartmouth School for Marine Science and Technology is conducting a camera-based survey of the entire Great South Channel this year. This is part of its effort to develop sea scallop abundance estimates.

Together these surveys and the annual federal survey provide comprehensive sampling coverage of the scallop resource on Georges Bank and in the Mid-Atlantic. 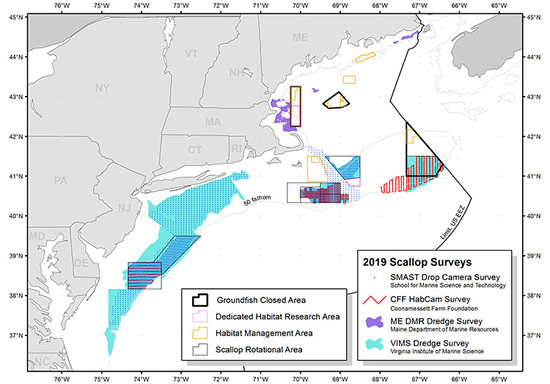 The next assessment update for sea scallops will occur this fall. To update stock status, researchers use data from all of the dredge and camera-based surveys conducted,. They will also use data from fishermen’s vessel trip reports, dealer reports, and observer data.

Given the level of coverage from both dredge and camera-based survey operations across sea scallop resource areas, sufficient data will be available to produce a good abundance estimate for the Great South Channel, as well as all the other areas covered.

If there is an opportunity to complete the Great South Channel HabCam tracks later this year, those data provide a range of information used to better understand this valuable resource and to improve precision of sea scallop abundance estimates.