The focus on fish cultivation in the early days of NOAA Fisheries led to the idea of a floating hatchery as a practical way to spawn more fish. In 1879 the U.S. Fish Commission launched its first research vessel, the 156-foot steamer R/V Fish Hawk. 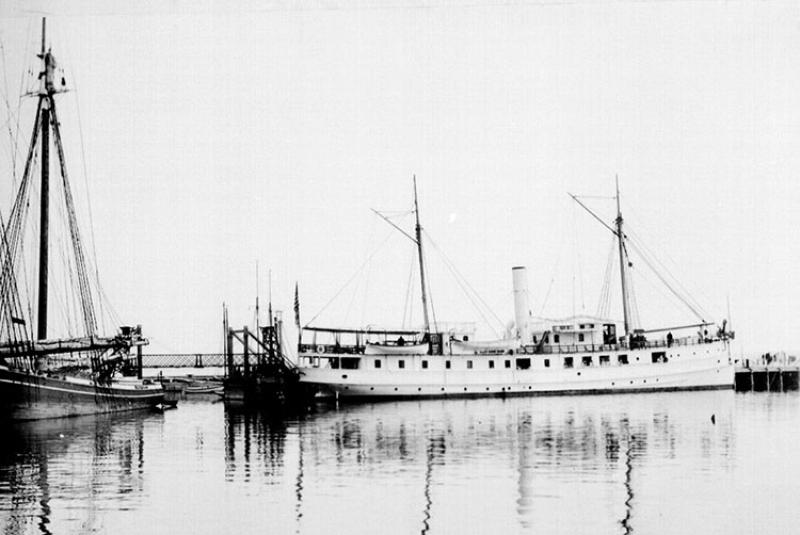 The first large vessel built by any nation specifically to promote fisheries, Fish Hawk, was a floating hatchery and laboratory outfitted for general scientific research. American shad was a priority, but herring, mackerel, and striped bass in coastal waters were also a focus. Since species like shad run only briefly at any one location, a floating hatchery that moved along the coast was considered practical. Three-foot cone-shaped containers suspended from beams outside the vessel could each hold 7.2 million shad eggs.

The Fish Hawk was most often used for dredging and trawling around Cape Cod, in the Gulf of Maine and Long Island Sound, and in other coastal waters. It also trawled and dredged out to the edge of the continental shelf from Maine to Florida, exploring for fishery resources and collecting organisms for study.

The Fish Hawk is famous for the discovery of 60 new species of fishes and mollusks, including tilefish in 1880. It made its last two cruises in late 1925 and was decommissioned in January 1926.