Knowing more about how and when flooding will occur helps us manage our watersheds for the benefit of people and fish. 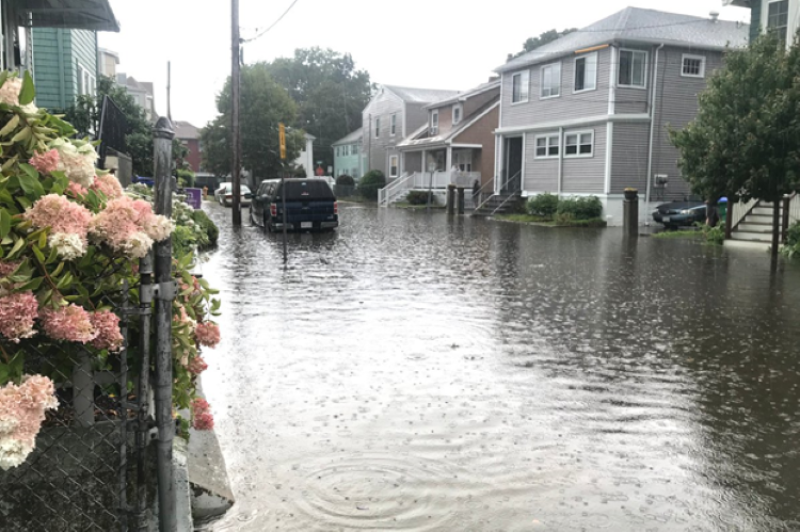 In the last 50 years, as the northeast has gotten significantly rainier, flood prediction has become increasingly important. In addition to helping the public, town planners, and emergency responders, understanding flooding is also important for fishway operators and fisheries managers. Floods can affect the timing of fish migrations. For example, as spring rains swell rivers, some sea-run fish swim upstream—sometimes for many miles—to spawn. American eels are known to migrate to the ocean during fall floods. Knowing what’s coming can help biologists and dam operators work together to create the best conditions for migration at dams and fishways.

While some watersheds flood quickly when it rains, others have natural or human-built storage. Reservoirs behind dams, as well as naturally occurring ponds and wetlands, can reduce flooding by delaying runoff into streams and rivers. Knowing which kinds of rain events will lead to flooding in particular river systems is key for communities in the watershed.

A Tale of Two Rivers: The Mystic and the Charles

In a recent study, researchers found that almost 90 percent of Mystic River flooding is immediately preceded by one to two days of large rainfall. In contrast, only about half the flooding events for the Charles are preceded by large rainfalls.

The researchers considered whether other factors besides large rainfalls could be associated with Charles River flooding. They found that flooding tends to happen when the watershed is “primed” for maximum streamflow. For example, if rainfall, soil moisture, and snowmelt increase for a month, the Charles watershed is more likely to flood. Since the Charles watershed contains more upstream storage, it is less likely than the Mystic to flood because of large rainfalls alone.

The researchers also looked at the kinds of storms that delivered large amounts of rain or snow to the two watersheds. Nor’easters are storms characterized by strong off-shore low-pressure systems that bring predominantly northeasterly winds to coastal regions. It will come as no surprise to New Englanders that these storms often precede flooding. They are common in the winter and spring in the Northeast U.S., and are often accompanied by heavy rain and snow.

But will the same storm lead to flooding in both basins? The researchers found that for these types of coastal storms:

This is largely due to the greater storage capacity of the Charles basin, which can more easily absorb intense short-duration rainfall. However, it is sensitive to flooding when the soil is already moist and other storage in the basin is full due to preceding rains or snow.

Our region is receiving more and heavier precipitation in this changing climate. Knowing more about how and when flooding will occur helps us manage our watersheds for the benefit of people and fish. 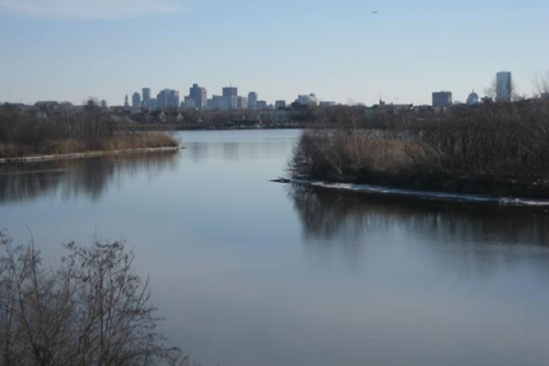 A view of the Mystic River near Boston, Massachusetts.