NOAA, the Town of Falmouth, and other partners are working to restore Massachusetts’ Coonamessett River. The projects will benefit alewife, blueback herring, and other migratory fish. 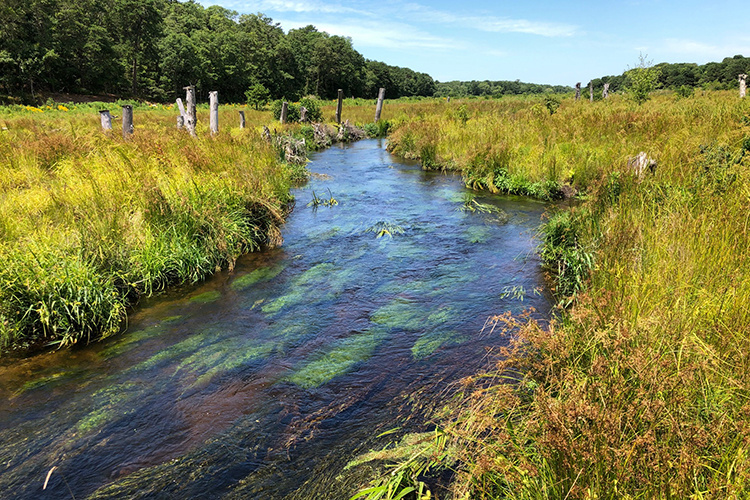 Phase I of the Coonamessett River restoration project was completed in 2018.

At barely more than three miles long, the Coonamessett River in southeastern Massachusetts may seem small. But, it was once home to one of the largest river herring runs in New England. Since 1700, dams and other barriers have blocked the migration of alewife, blueback herring, and other native fish species. NOAA has collaborated with the Town of Falmouth and other partners since 2006 to reopen the Coonamessett River. Our efforts will allow fish to access the habitat needed to sustain their populations. 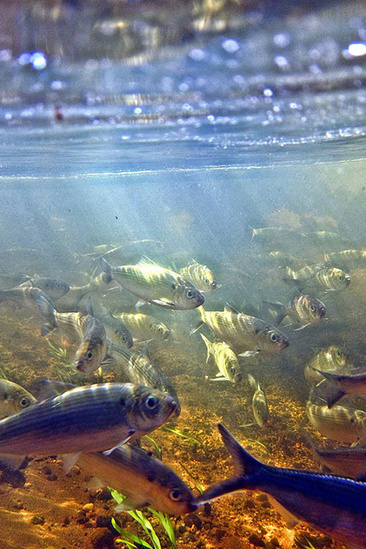 Historically, the Coonamessett River provided habitat for millions of migrating fish. Over time, however, the river was diverted and dammed. Its wetlands were converted into commercial cranberry bogs. These changes resulted in drastic declines in fish populations. By 2015, the annual river herring run had dropped to less than 75,000 fish.

NOAA and many other dedicated partners have been working for years to remove dams and other barriers, restore native wetland habitat, and rebuild the river herring population. NOAA has contributed significantly—through both funding and technical assistance—to this ambitious effort. With funding from our Community-based Restoration Program, partners are:

Restoration work in the Coonamessett River is occurring in two project phases: 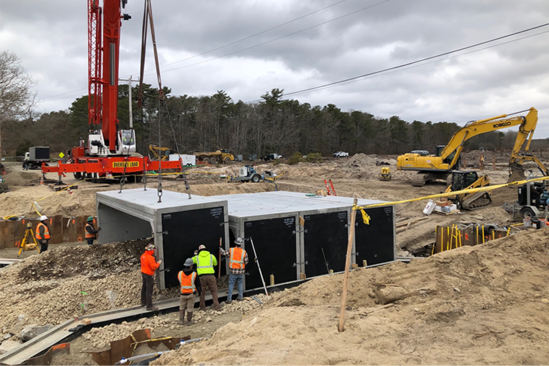 Phase 2 of the project is under construction, including the replacement of culverts under John Parker Road.

The project will reopen 2.2 miles of the river, restore 4,600 feet of the river channel, and rebuild 56 acres of wetland habitat. Public access trails and educational signage are also being constructed along the river, including two boardwalks and accessible trails. The project is expected to be complete later this spring.

Partners on this project include the Town of Falmouth, Coonamessett River Trust, Massachusetts Division of Ecological Restoration.

Last updated by Office of Habitat Conservation on April 29, 2020