In celebration of our 150th anniversary, we explore the research marine aquarium facility at our Narragansett lab. 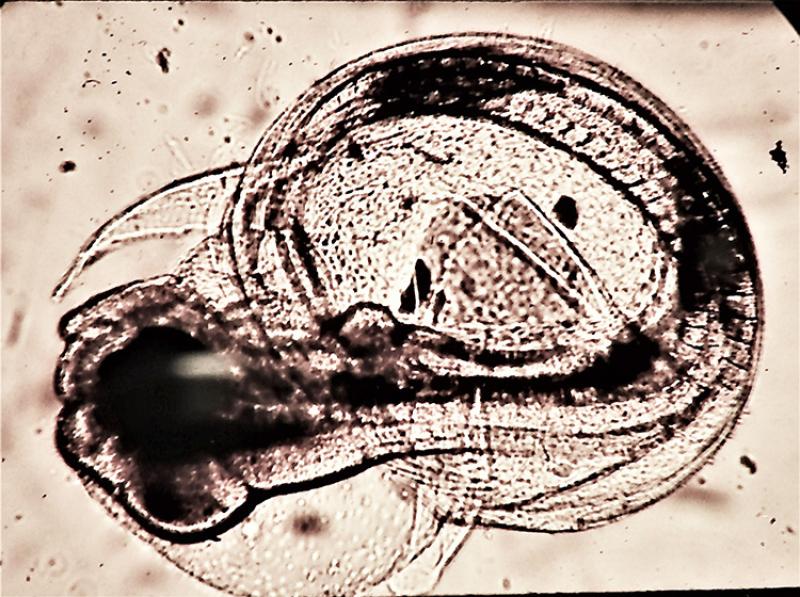 When the Narragansett Laboratory was originally dedicated in October 1966, it was part of the U.S. Department of the Interior’s Bureau of Sportfish and Wildlife. In 1970 it came under NOAA Fisheries as part of the Northeast Fisheries Science Center.

One prominent feature of the early Narragansett Lab was a large research marine aquarium facility. In the fall of 1968, the aquarium sea water system was turned on for the first time. Under the leadership of Connie R. Arnold and later Geoff Lawrence, the aquarium became a world-class facility where most fish of the North Atlantic could be spawned and reared.

Through more than three decades, the staff, arranged chronologically, included:

These staffers developed and maintained systems to control the water temperatures in each of the holding tanks. They also determined how to filter and re-use the waters using biological and mechanical filters. By controlling photo period—the amount of time organisms are exposed to light—and water temperature, scientists could simulate various seasonal conditions. This allowed them to induce a number of fish species to spawn several times a year.

The studies mainly focused on rearing eggs and larvae and on understanding feeding and energetics. Energetics is the study of how organisms acquire, store, and use the energy they metabolize from food. Some studies were moved to the field, where large in-situ enclosures were used to evaluate growth and survival in the wild.

Laurence Buckley brought expertise in the biochemical aspects of larval fish health and condition, and continued the field studies. He developed the use of DNA–RNA ratios as indicators of biological condition. Some of the fish spawned and raised included:

Other notable fish studied were:

The facility and its scientific staff became well known for their expertise. They were visited by scientists from other parts of the country and abroad to learn their techniques.

Over the years the aquarium facility made way for new areas of research at the Narragansett Lab, particularly collaboration with the fishing industry. Researchers now work with fishermen to place sensors on fishing vessels to retrieve environmental data in near-real time.

In 2013–2014, offices for new scientific staff replaced the aquarium tanks and equipment. The legacy of the Narragansett aquarium staff lives on through their data collected during years of research and their many publications.