Ian brings more than a decade of experience, including work in Florida’s Everglades, to restoring the Gulf of Mexico after Deepwater Horizon. Learn more about his work.

Ian Zink is a Marine Habitat Resource Specialist. Though he has been a federal employee for one month, he has been with NOAA for 10 years prior to that as a contractor. He currently works out of the Southeast Fisheries Science Center Headquarters and Laboratory located in Miami, Florida.

Within the past month, I came on board the Office of Habitat Conservation in NOAA Fisheries to assist with monitoring and adaptive management of Deepwater Horizon habitat restoration projects. In this capacity, I will apply my years of coastal and estuarine ecology work to ensure habitat restoration projects incorporate direct and indirect linkages to recreational and commercial fishery species during their design, construction, and monitoring.

However, previously I had been working with NOAA Fisheries Southeast Fisheries Science Center assisting with research on salinity impacts to species living in coastal and estuary habitat, especially the pink shrimp. Pink shrimp are important commercial fisheries and can be used as live and frozen bait for recreational fishing.  They are also food for a number of important recreational and commercial fish like gray snapper, gag grouper, as well as blue crab.

My research supported NOAA’s work on the Comprehensive Everglades Restoration Plan, which has been dubbed the single largest ecological program in the world. Pink shrimp were identified as indicator species in the Everglades restoration, meaning that their abundance is a good indicator of the ecosystem’s health. We found that young shrimp are sensitive to low salinity waters. But, as part of restoration, changes in freshwater management can reduce water salinity in these areas. If too much freshwater gets into these habitats, that can threaten young shrimp, and threaten the health of the rest of the nearshore habitat ecosystem. On the other hand, if not enough freshwater reaches these habitats, salinity can be too high, which can negatively impact pink shrimp and greater ecosystem health. Our work is now helping guide how much freshwater is introduced into these habitats to help maintain balanced salinity levels necessary for fish and wildlife to survive.

While conducting this work, I was proud to contribute to this large scale restoration program—and now, I have the opportunity to carry on similar, large-scale work assisting with restoration of the Gulf of Mexico’s ecosystem after Deepwater Horizon.

I would be willing to bet if you ask any ecologist what their favorite aspect of their job is, they will respond “field work!” During my years working on Everglades restoration, one field project I led investigated pink shrimp growth and survival at two field study sites, each representing very different salinity levels and habitat conditions.

This extensive multi-week study included daily boat trips to monitor how shrimp were faring.  All of the field team stayed in park ranger housing at Everglades National Park—a truly immersive experience! While the field work was arduous, we witnessed beautiful natural scenes, such as dolphins foraging in mangrove swamps and some of the most amazing sunrises I’ve ever seen. We also dodged the dangers of field work, such as dehydration and needing to rapidly finish sampling procedures to evade south Florida’s pop-up thunderstorms that swept across Florida Bay.

More recently, I was interested in studying the potential for restoring oyster habitats in south Florida and how the Everglades restoration might affect these efforts. After reading a scientific report from the late 1800s, I was inspired by the fact that there were once sizable oyster populations in Biscayne Bay. I was not aware of any thriving oyster habitat there in current times though. With the help of a NOAA Hollings Scholar summer intern, we investigated relic oyster habitats in Biscayne Bay.

There, we were surprised to find that these oyster habitats were dominated by the mangrove oyster instead of the Eastern oyster, which is the common species we are familiar with from the East Coast of the United States. In retrospect, this observation shouldn’t have been too surprising given the dominance of mangroves as the primary coastal vegetation in south Florida.

I have since observed that mangrove oysters occur as far north as the Florida–Georgia border, so I feel like there is much more to learn about the range and prevalence of this species. This detail could be especially important if one considers changes in the range of species, such as the more northern range expansion of mangroves, with respect to climate change.

I had been fortunate to work with Dr. Joan Browder of the Southeast Fisheries Science Center for a number of years. Despite having accumulated 40 years of service as a NOAA scientist, Joan continues her long career working in coastal ecology and Everglades restoration. I also have worked extensively with Dr. Joe Serafy of the Southeast Fisheries Science Center. Both scientists have taught me a lot about perspectives regarding systems ecology, ecological restoration, and ‘how to be’ a scientist. I am grateful for the opportunity to have learned from both of them.

Lox and shmear on a homemade bagel. Credit: WordRidden (CC BY 2.0).
Feature Story 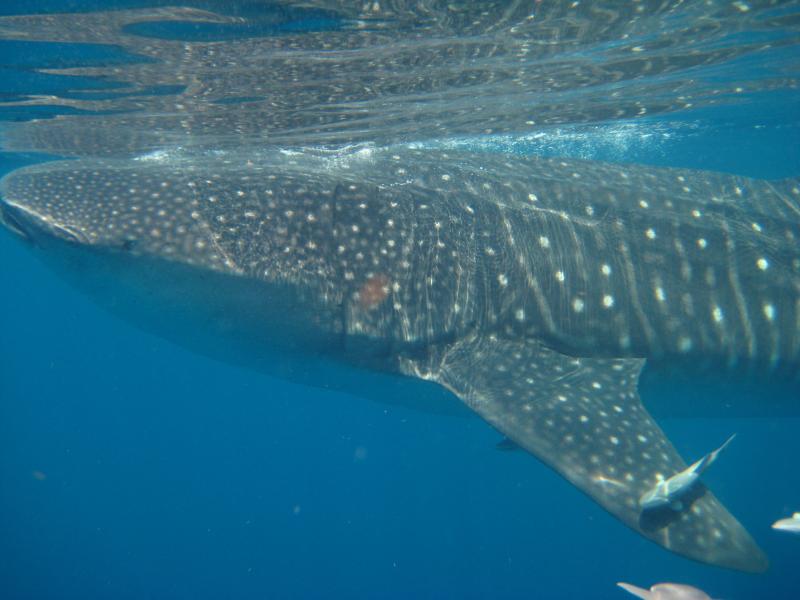 Last updated by Office of Habitat Conservation on July 28, 2020