Desfosse brings a wealth of experience managing scientific programs to the position. She served 11 years as the Science Center’s Mississippi Lab Director. Previously, she spent five years as the National Cooperative Research Coordinator and National Observer Program Manager. Prior to joining the agency, Dr. Desfosse worked for the Atlantic States Marine Fisheries Commission for 11 years, including nine years as the Director of Research and Statistics.

She received her Ph.D. in marine science from the College of William and Mary, Virginia Institute of Marine Science. She received her Bachelor of Science in marine biology from Millersville University of Pennsylvania. She grew up in Pennsylvania and enjoys fishing, boating, and drawing in her spare time.

Dr. Walter has thirteen years of experience conducting stock assessments. He has provided management advice to Regional Councils and to the International Commission for the Conservation of Atlantic Tunas (ICCAT). He serves in a number of leadership positions as chair of the ICCAT Western Bluefin Tuna Committee. He is also co-chair of NOAA’s National Management Strategy Evaluation working group. He has an extensive publication and collaboration record with numerous colleagues throughout the region and internationally. 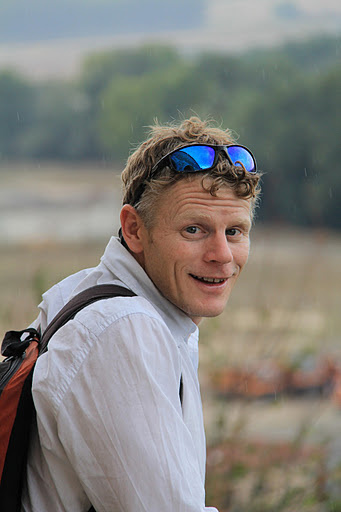 Walter received his Ph.D. and M.S. in marine science from the College of William and Mary, Virginia Institute of Marine Science. He received his Bachelor of Science degree from Randolph Macon College.

John is originally from Maryland and spent much of his childhood on the shores of Chesapeake Bay. In his free time, he enjoys playing soccer, fishing and hunting, and spending time outdoors with his family.