A new report details the effects of a changing climate on Puget Sound in 2018. 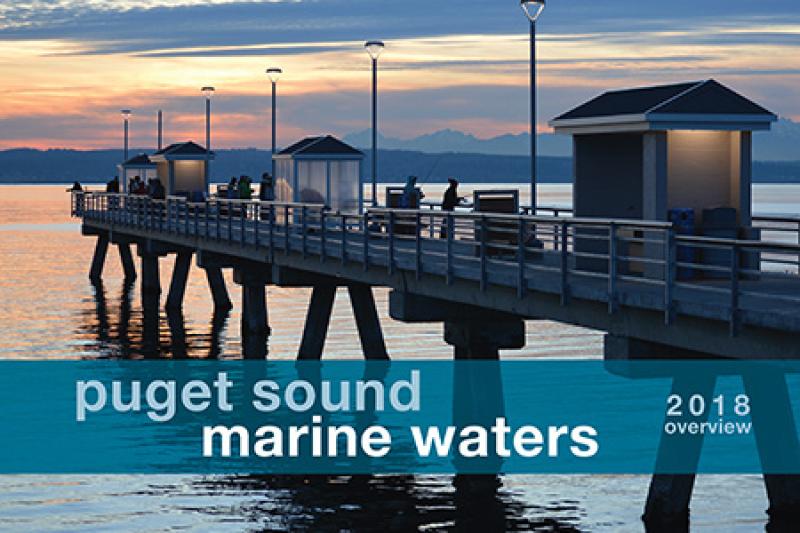 A new report details the effects of a changing climate on Puget Sound in 2018, and describes how these changes trickled down through the ecosystem to affect marine life and seafood consumers.

Scientists observed unusually warm water temperatures, though not as hot as during the years of “the Blob,” the marine heatwave of 2014–2016. Salinity went up everywhere in the Puget Sound through the summer and fall, in response to the record-setting summer drought. Hypoxia (a lack of oxygen) was more apparent in 2018 than previous years, though no fish kills were reported. Scientists reported lower numbers of fish, seabirds, and marine mammals, including continuing declines in endangered Southern Resident killer whales. The Puget Sound Ecosystem Monitoring Program’s Marine Waters Work Group, who authored the report, has been tracking the health of Puget Sound since 2011.

This work group includes scientists from federal, tribal, state and local agencies, academia, nonprofits, and private and volunteer groups. The work group looked at several environmental indicators, including plankton, water quality, climate, and marine life, that, when considered together, provide both a long-term view and current assessment of the Sound’s health.