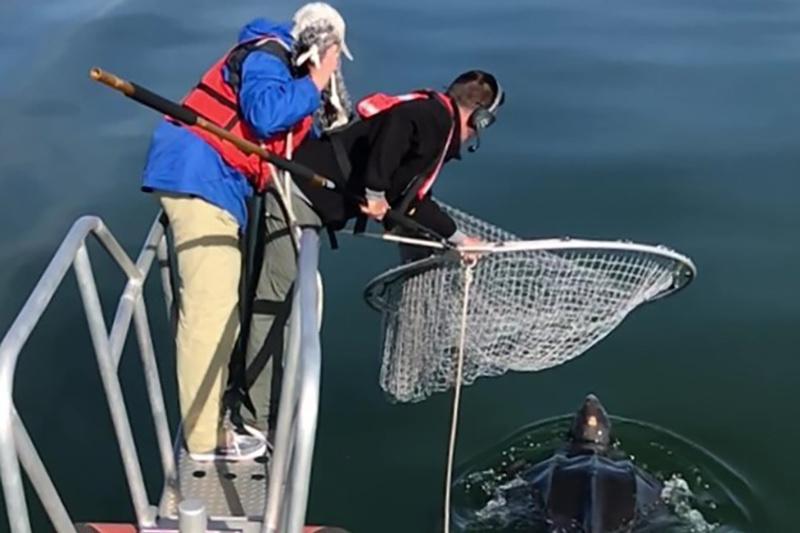 The studies were funded as part of the Atlantic Marine Assessment Program for Protected Species (AMAPPS), which supports turtle ecology as part of it mission. Loggerheads have been a focus in the past, but the new AMAPPS III program emphasizes learning more about leatherbacks.

One Boat, Plus Open Catamaran 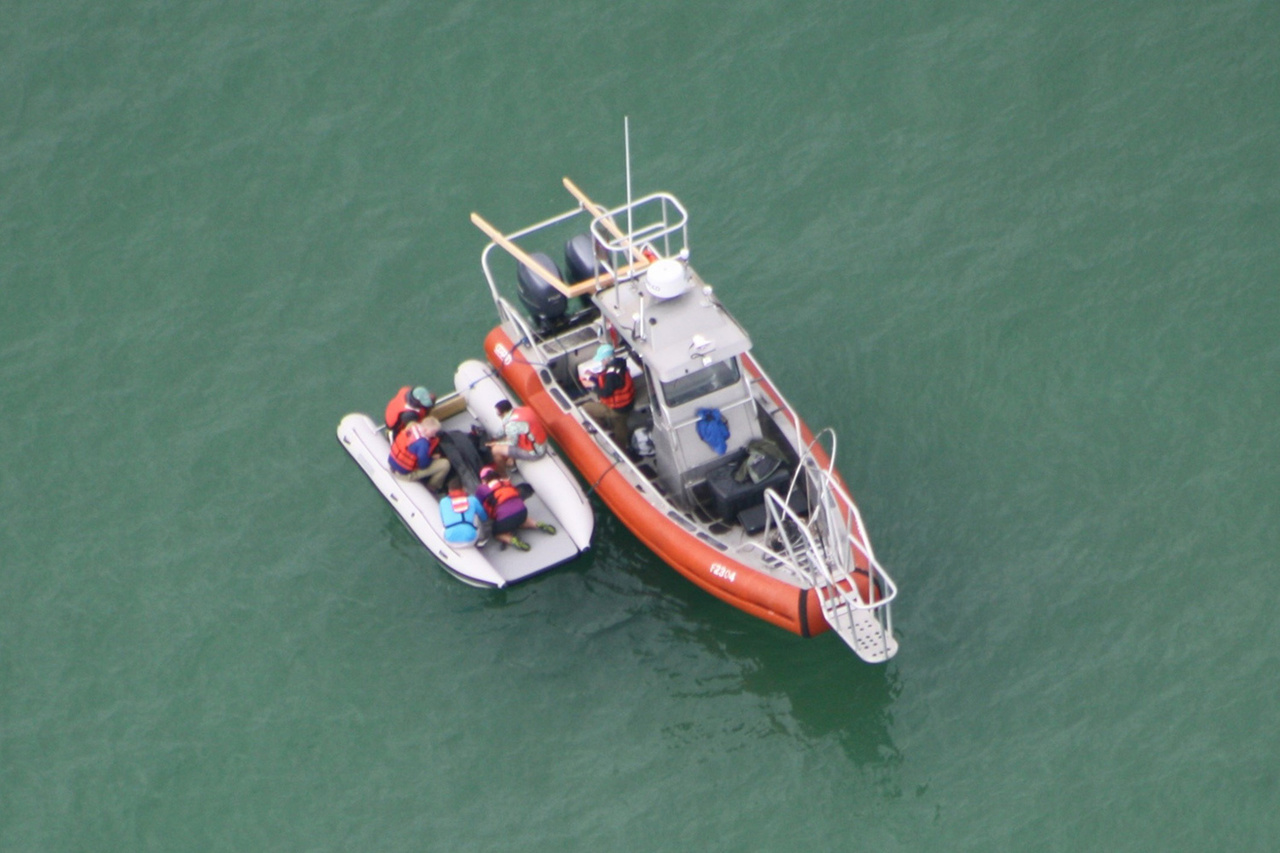 View from the spotter plane of a leatherback turtle being sampled and tagged in Cape Cod Bay. Photo: NOAA Fisheries

"Rather than chartering large boats, we designed the leatherback program around small boat operations,” said Heather Haas, a turtle researcher at the Northeast Fisheries Science Center. “For the pilot work and the spring 2019 tagging in North Carolina, we used two small boats working in tandem and a small open inflatable catamaran. This summer we skimmed down the operation to a single small boat, the Center’s rigid-hulled research vessel Selkie, and the open catamaran for our work in Cape Cod Bay. It was the first time we had tried using just one vessel. Although it was a lot for a small crew of people to handle, it worked really well.” 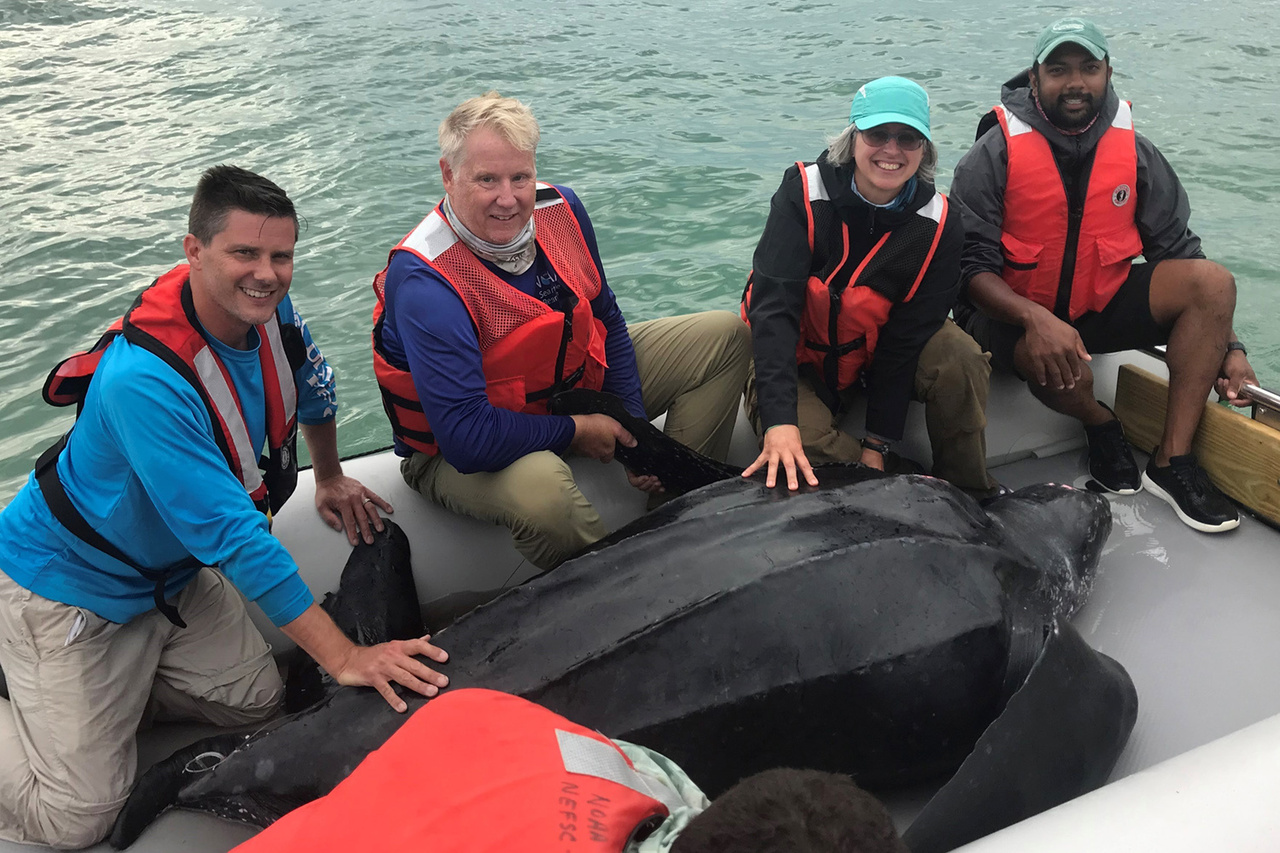 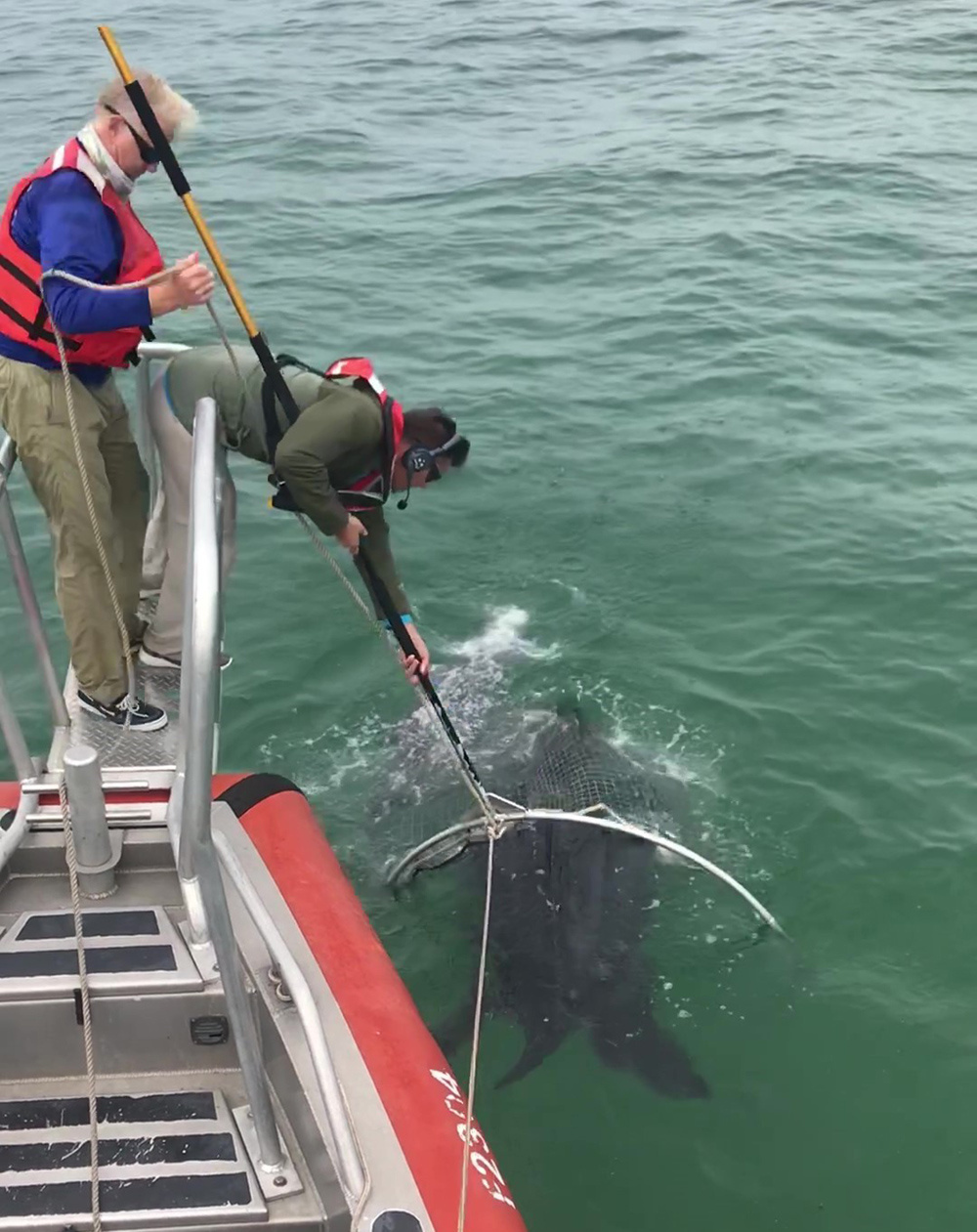 “We learned a lot during our pilot work, and had great partnerships and abundant turtles, so we were able to far surpass the number of turtles tagged during the pilot phase,” Haas said. “I was excited to be working with such an experienced field crew this summer. Their skill in boat handling, netting, and line handling allowed us to deploy more tags than I thought was possible. We were able to capture and satellite tag 9 individuals, including five adult males in 7 days on the water. All of the captures occurred in Cape Cod Bay.”

The captured turtles ranged in size from 130.5 to 153.2 centimeters, or roughly 4 to 5 feet in carapace (shell) length. All appeared to be in good condition. Researchers will compare the size and health of turtles encountered in August with turtles encountered later in the fall.

Each turtle received a flipper tag, PIT (Passive Integrated Transponder) or microchip tag, and a satellite tag. Time from turtle capture and being brought aboard the open catamaran for sampling and tagging to release back to the water averaged about 20 minutes. 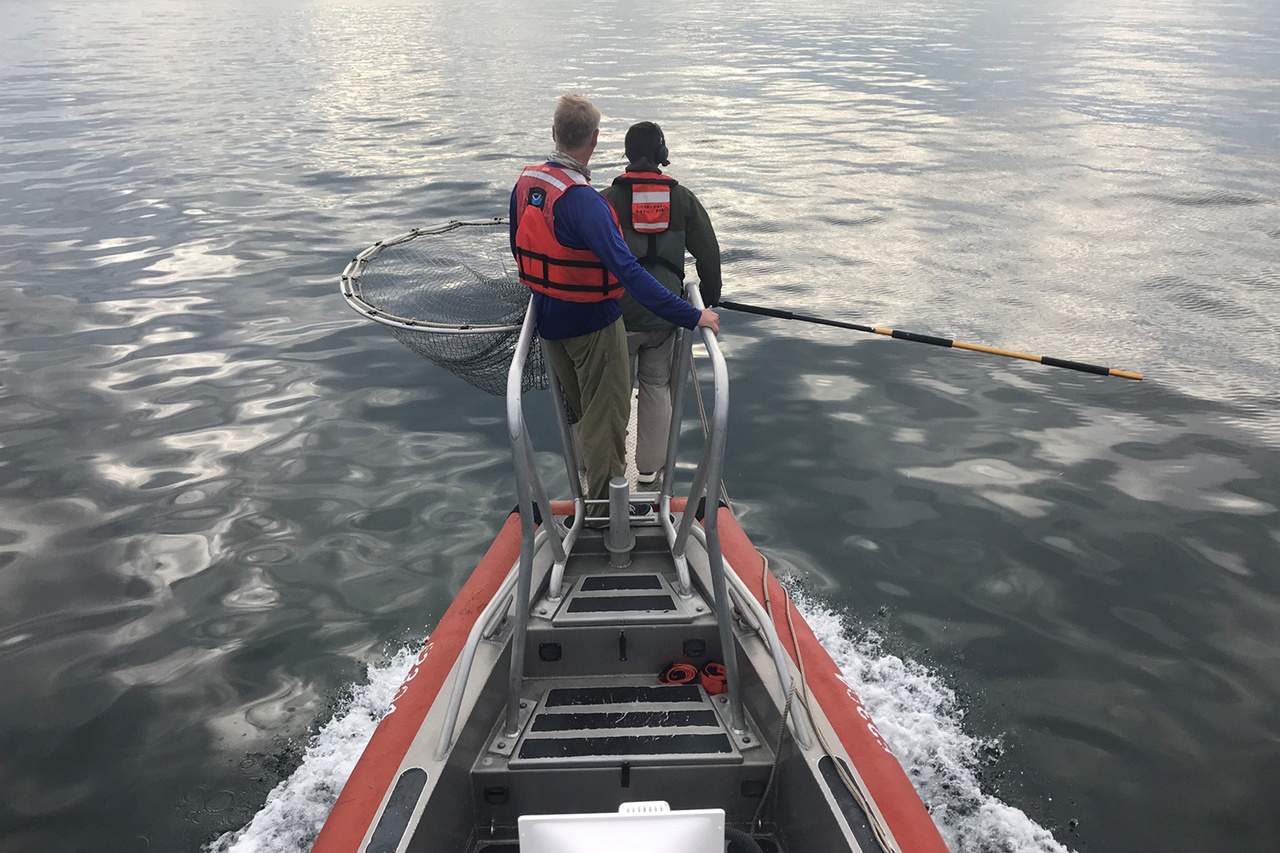 Researchers look for more leatherback turtles to tag. The turtles are hard to see at the surface, but can often be seen from an airplane.  Photo: NOAA Fisheries

Despite a dense field of fishing gear in the northeast part of the bay, satellite transmitters indicated all the tagged turtles had safely left the area by early September. Researchers hope the transmitters will stay on for several months so they can follow the turtles’ movements through the seasons.

In addition to the satellite tags, the team also deployed a high resolution camera tag that captures video as well as temperature, depth and GPS location. Haas and Patel, along with Mike James from Canada’s Department of Fisheries and Oceans, are leading another research effort this fall to place additional high-resolution camera tags on leatherbacks in Cape Cod Bay to learn more about their behavior.