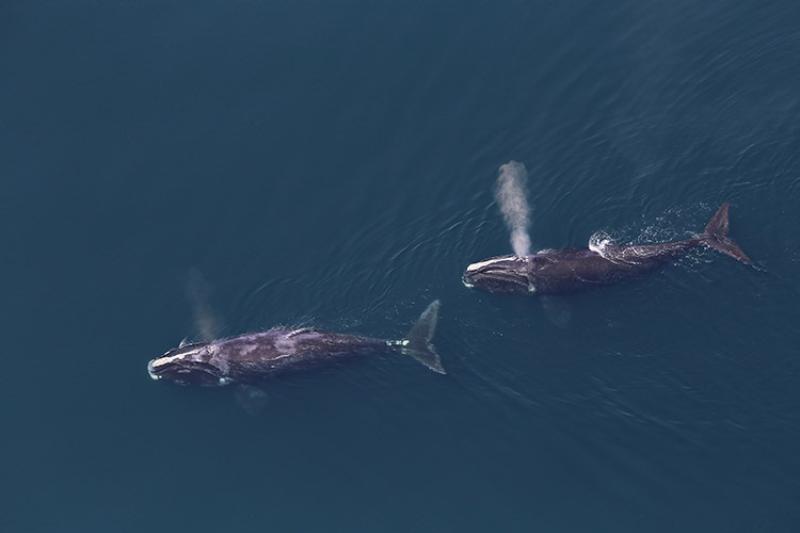 NOAA Fisheries and our partners are dedicated to conserving and rebuilding endangered North Atlantic right whales. Their population is declining and has been experiencing an ongoing Unusual Mortality Event since 2017. Today, we are announcing the final rule to modify the Atlantic Large Whale Take Reduction Plan. These gear modifications and other changes will reduce entanglements in fishing gear. The gear modifications required by the rule will go into effect May 1, 2022, which is the start of the American lobster/Jonah crab fishing year. The changes to the seasonally restricted areas will go into effect 30 days after the publication of this rule.

North Atlantic right whale population decline began in 2010 and has accelerated, most notably when 17 mortalities were documented in 2017. A total of 50 right whales have died (34) or been seriously injured (16) from 2017–present primarily due to entanglements and vessel strikes.

Entanglement in commercial fishing gear is a primary cause of mortalities and serious injuries of North Atlantic right whales. We work with the Atlantic Large Whale Take Reduction Team, a group of advisors consisting of fishermen, scientists, conservationists, and state and federal officials. With this rule, we have completed Phase 1 of the modifications to the Atlantic Large Whale Take Reduction Plan to continue to reduce whale entanglements.

The rule modifies regulations for the Northeast lobster and Jonah crab trap/pot fisheries as follows:

“The new measures in this rule will allow the lobster and Jonah crab fisheries to continue to thrive, while significantly reducing the risk to endangered right whales of getting seriously injured or killed in commercial fishing gear,” said Michael Pentony, Regional Administrator, NOAA’s Greater Atlantic Regional Fisheries Office. “We are grateful to the Take Reduction Team for developing the initial framework, and to the state partners, fishermen, and non-profits who provided thoughtful comments and input that shaped these new regulations.”

North Atlantic right whales are a Species in the Spotlight. The risk of entanglement in lobster and Jonah crab trap/pot fishing gear in U.S. waters is one of the many risks that these whales face. The Team has begun meetings to recommend risk reduction measures for other Atlantic trap/pot and gillnet fisheries which will be addressed in Phase 2. Public scoping is ongoing through October 21, 2021.

We will continue our work to reduce the risks posed by vessel strikes in U.S. waters. We will also continue to collaborate with Fisheries and Oceans Canada and Transport Canada on all matters related to the transboundary reduction of vessel strike and entanglement mortalities and serious injuries of North Atlantic right whales.