Wow your neighbors with our eerie-sistibly fa-boo-lous ocean-inspired jack-o’-lantern stencils. 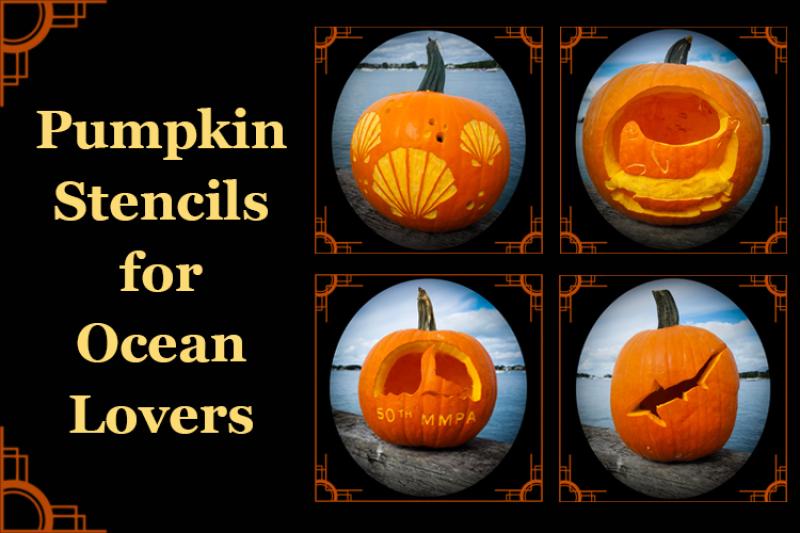 Get ahead of the carve this fall and wow your neighbors with these jack-o’-lantern stencils inspired by the ocean, our research, and NOAA Fisheries celebrations. Our free stencils range from beginner to advanced so there’s something for everyone. You can find the difficulty level noted on each stencil. To get started, simply:

And don’t forget to share your fa-boo-lous pumpkin masterpiece on social media! Be sure to tag us on Facebook or Twitter and use #NEFSCSciencePumpkin—we’d love to see them!

Disclaimer: Pumpkin carving may require the use of knives or other sharp objects. Please carefully supervise children participating in pumpkin carving. 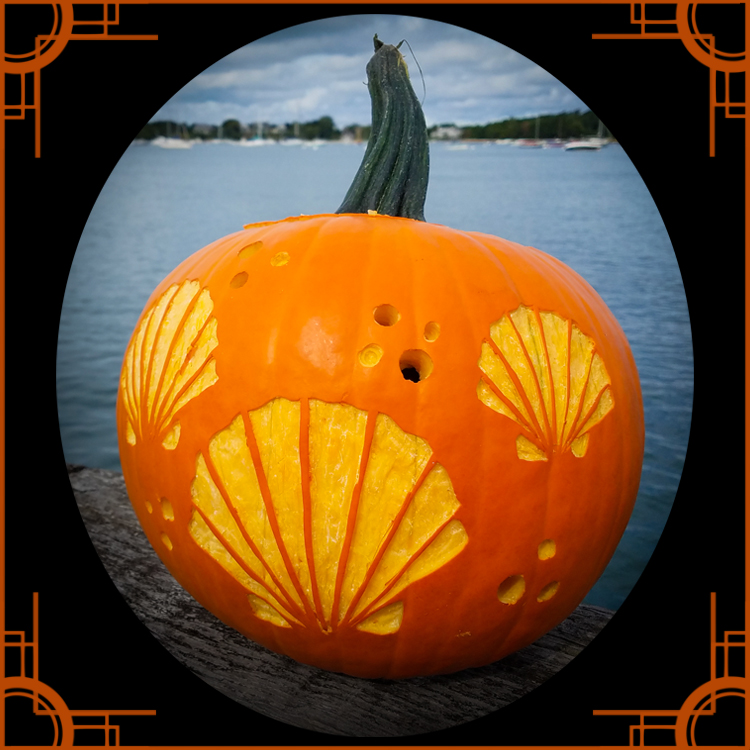 This work can be used in a couple of different ways. One is to estimate how bay scallop populations will respond to future ocean conditions to help identify populations and regions that may be the most vulnerable. Another way is to inform the aquaculture industry on how future ocean conditions may affect the hatchery, grow-out, and adult phases of farmed bay scallops. There's also a genetics component to their study. They’re hoping to identify traits that make an individual more resilient to ocean acidification so they can breed bay scallops specifically for their resiliency. 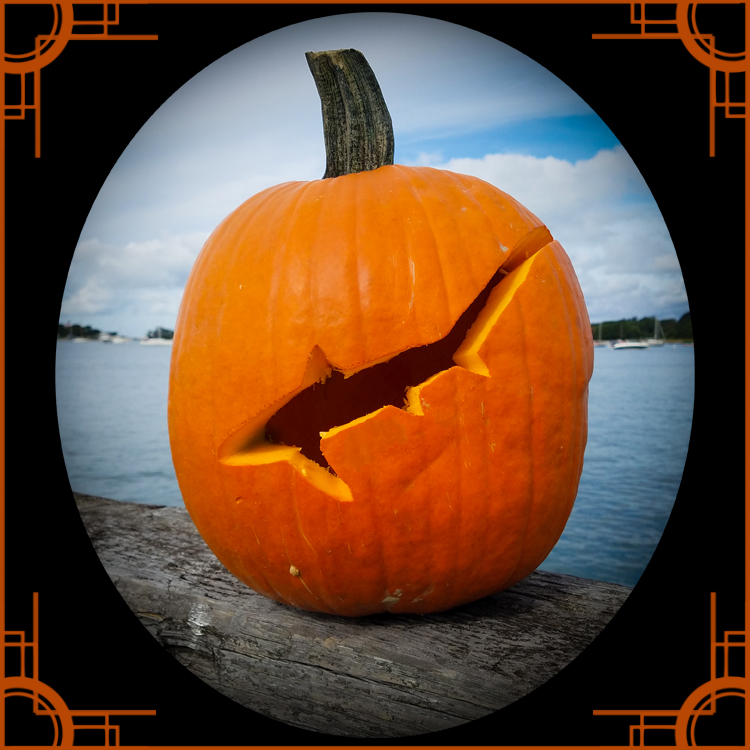 Common thresher sharks are found in temperate waters around the world. In the northwest Atlantic Ocean, they range from Newfoundland to Cuba. While they can grow to about 18 feet long, about half of their total length is all fin. Their long sickle-shaped caudal fin is one of the most distinguishing characteristics of thresher sharks. What’s really fascinating is how they use their long caudal fin like a whip to stun fish while hunting for food.

Our Apex Predators Program conducts life history research and long-term monitoring activities essential for the assessment and management of this species. One of the ways we learn about the life history of common thresher sharks is through our Cooperative Shark Tagging Program. It’s the longest continuous shark tagging program in the world, started in 1962. It is a collaborative citizen science effort that engages thousands of recreational and commercial fishers.

Another opportunity to collect shark data is when they wash ashore. Thresher sharks can tolerate cold temperatures, but they’re not immune to cold shock. This can happen during the winter months when they get trapped in shallow areas as the tide rolls out and temperatures drop. This is known as the “fish trap effect” and it may have been what happened to one unfortunate juvenile male that washed up on Cape Cod in February 2022. Scientists from our Apex Predators Program were notified and quickly headed to its location so they could collect tissue samples to better understand the genetics, habitat use, diet, age range, and reproduction of this species. 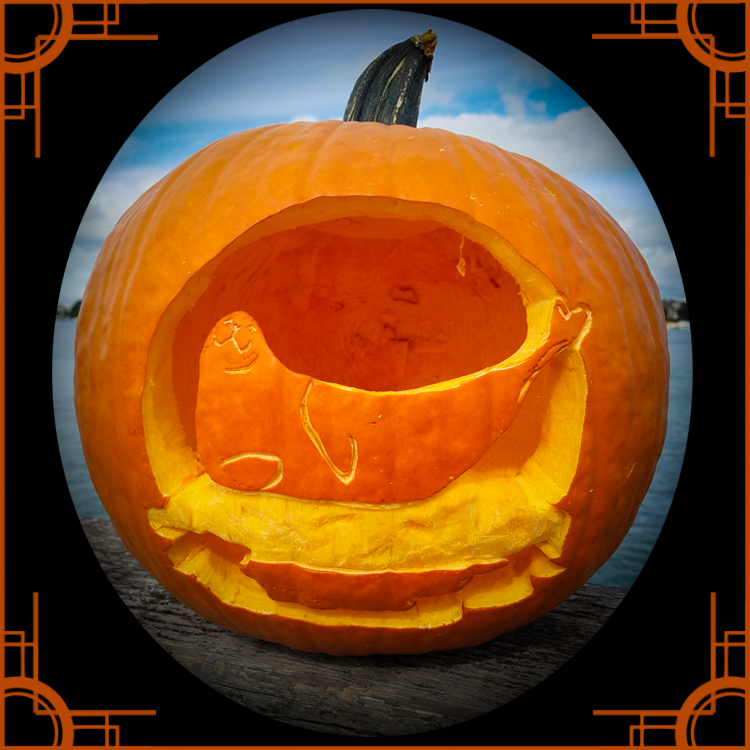 Harbor seals can be found along the U.S. East and West Coasts. They’re commonly seen resting on rocks and beaches with their head and rear flippers elevated into a banana-like shape. Harbor seals, like all marine mammals, are protected under the Marine Mammal Protection Act—an act that celebrates its 50th anniversary on October 21, 2022. Another reason to celebrate harbor seals in 2022: the return of harbor seals to our Woods Hole Science Aquarium! After 5 long years, in 2022 we welcomed two harbor seals named Bubba and Kitt. While they’ve been settling in at our aquarium, their personalities have really developed. Bubba is a true gentle giant, very tolerant, laid back, and just goes with the flow. Kitt is playful, inquisitive, and a total ball of energy. If you’re planning a trip to see Bubba and Kitt and our other aquarium residents, be sure to check our website, Facebook, and Twitter for the most up to date information about hours of operation, closures, and more.

October 21 marks the 50th anniversary of the Marine Mammal Protection Act. What better way to celebrate that milestone than with a humpback whale jack-o’-lantern? Congress passed the Marine Mammal Protection Act in 1972 in response to growing concerns over significant declines of a number of marine mammal species. Some were even in danger of extinction. Because marine mammals are vital to the balance of marine ecosystems and are key indicators of the overall ocean health, it’s important that we protect and conserve them. Since the Act was enacted, declines of many marine mammal populations have slowed. It’s also led to the recovery of several populations, including gray seals, California sea lions, gray whales, and humpback whales.