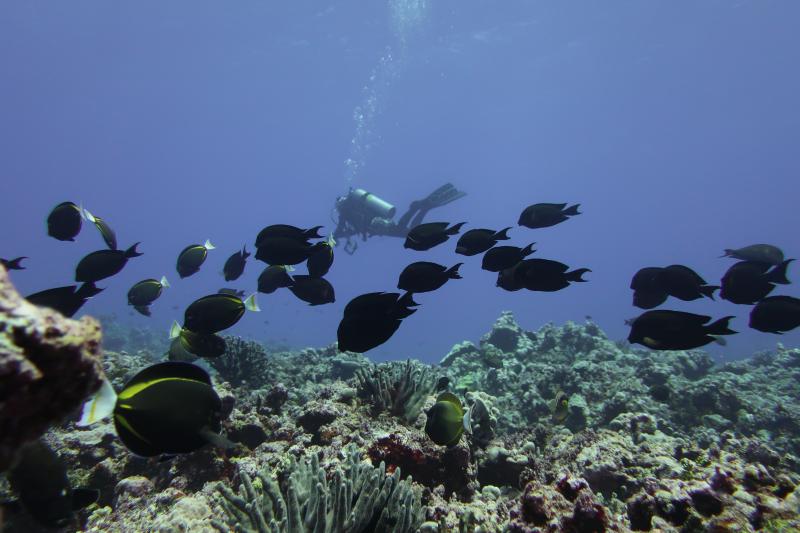 In March, the Rainier Integrates Charting, Hydrography, and Reef Demographics mission aboard the NOAA Ship Rainier kicked off its first leg. In this mission, scientists with different backgrounds share the goals of measuring water depths, mapping the seafloor, and gathering information on coral reef habitats. The data from this mission will support efforts in the region including the National Coral Reef Monitoring Program’s long-term coral reef monitoring and nautical charts.

The coral reef scientists recently completed their first 24-day survey. One team conducted 108 surveys around the islands of Guam, Saipan, Tinian, Aguijan, and Rota. They assessed their reef fish populations by counting the number of each species of fish and estimating their sizes. The team counted all kinds of fish, from stingrays to anemonefish.

Another coral reef team was busy measuring ocean conditions with an array of instruments. They collected water samples at 94 sites, and retrieved and deployed more than 130 instruments! These instruments measured water temperature, depth, currents, pH, dissolved oxygen, and light.

The scientists also photographed the seafloor to create three-dimensional models of the reefs, which will show what is growing on them. At sites that are re-visited over time, they will see how much coral has grown or if coral colonies have died. Read more about these models.

Another team mapped the shallow areas using two small boats while the Rainier collected data in the deeper areas. These mapping surveys include bathymetry (water depth) and backscatter (bottom type) data. Scientists combine them to create detailed three-dimensional maps of the seafloor and its different habitats. These maps will update nautical charts and support marine resource management in the region. The Rainier charted areas that have not been surveyed in more than 80 years!

This is just the beginning of the Rainier’s mission, which will run through August. For now, these scientists have traveled back to Honolulu and a new group of coral researchers have joined the ship. Be sure to follow the progress on our coral and mapping story maps and the Rainier’s Facebook page! 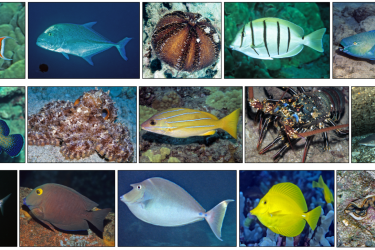 Last updated by Pacific Islands Fisheries Science Center on May 26, 2022