Honoring a long-held maritime tradition, command of the research vessel Gloria Michelle was transferred in October in ceremonies at the Woods Hole Laboratory. 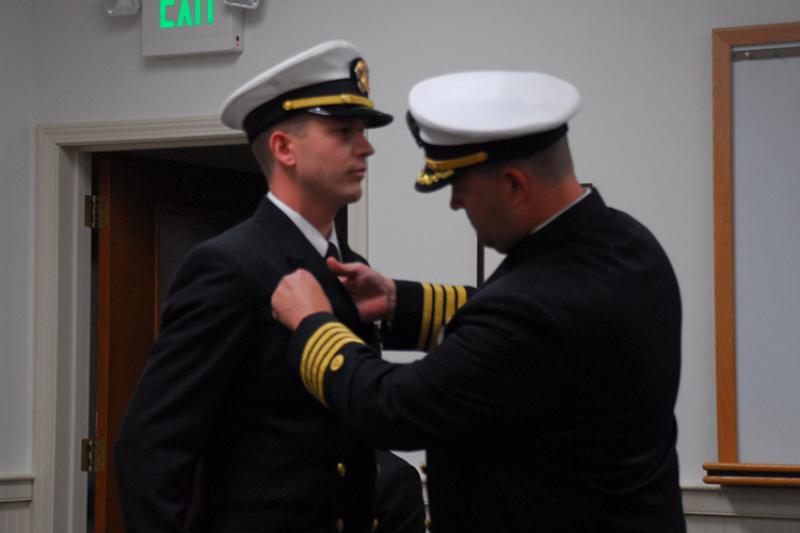 Guests and Woods Hole Laboratory employees gathered at the laboratory in October for a brief ceremony and the reading of orders. They welcomed a new commanding officer for the NOAA research vessel Gloria Michelle. 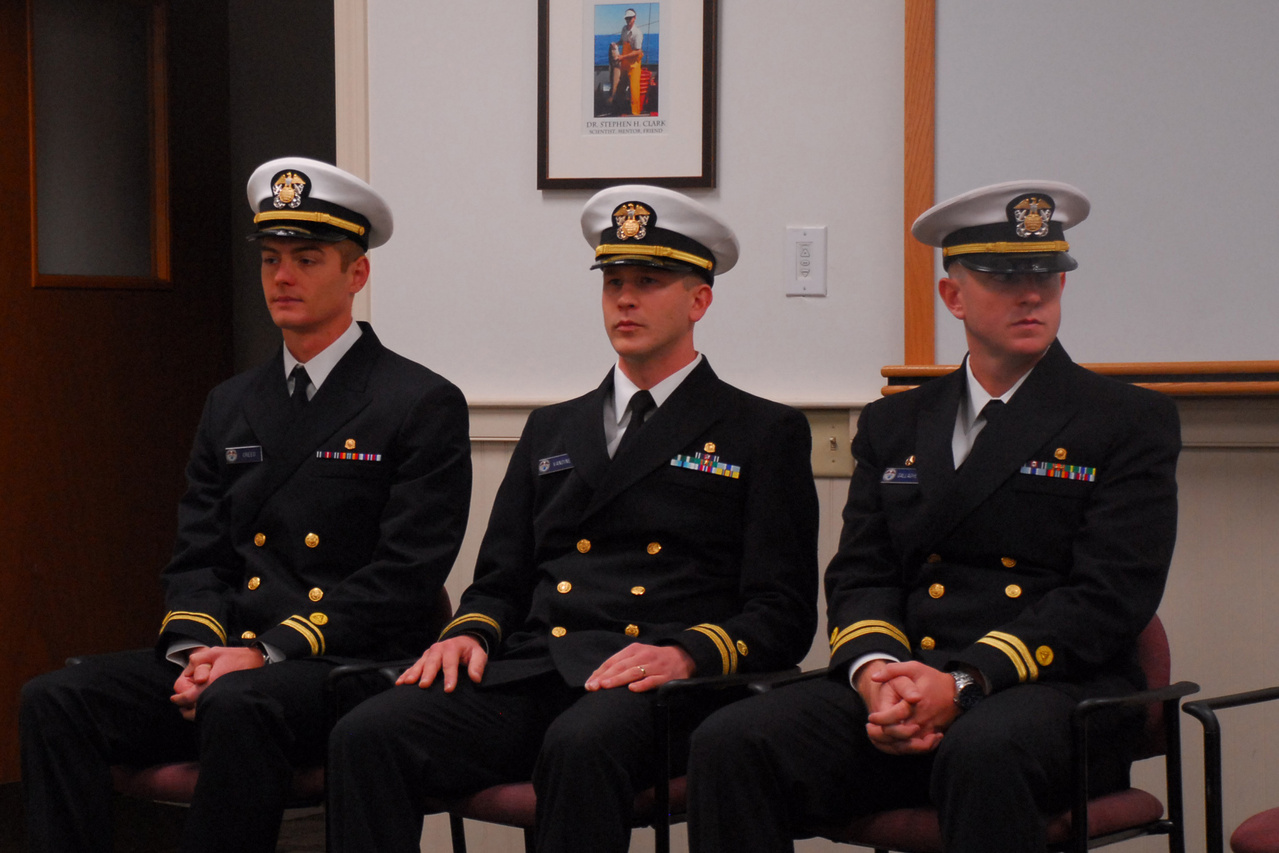 Both men are officers in the NOAA Corps, one of the seven uniformed services of the United States. NOAA Corps officers operate and manage the agency’s fleet of ships and aircraft ,and support NOAA’s mission in a wide variety of shore-side assignments. 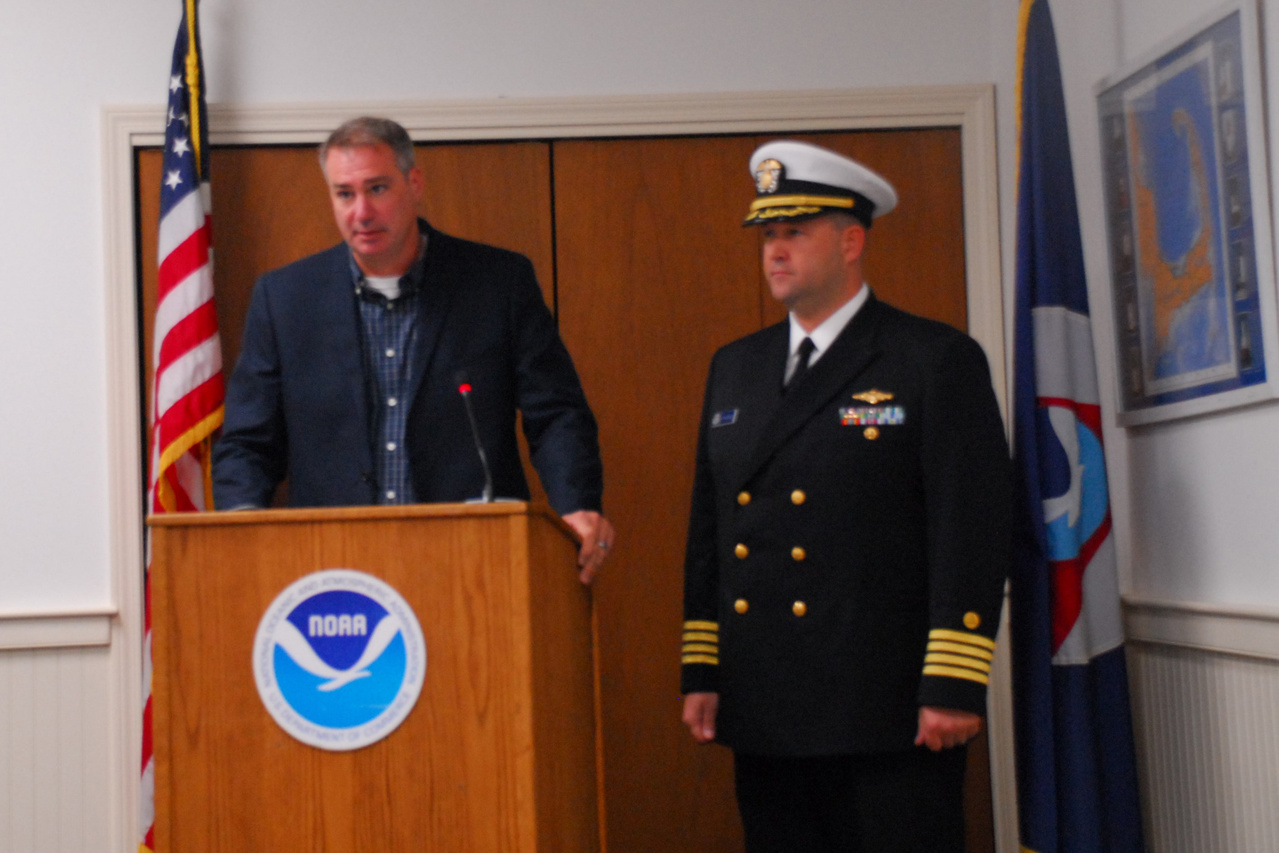 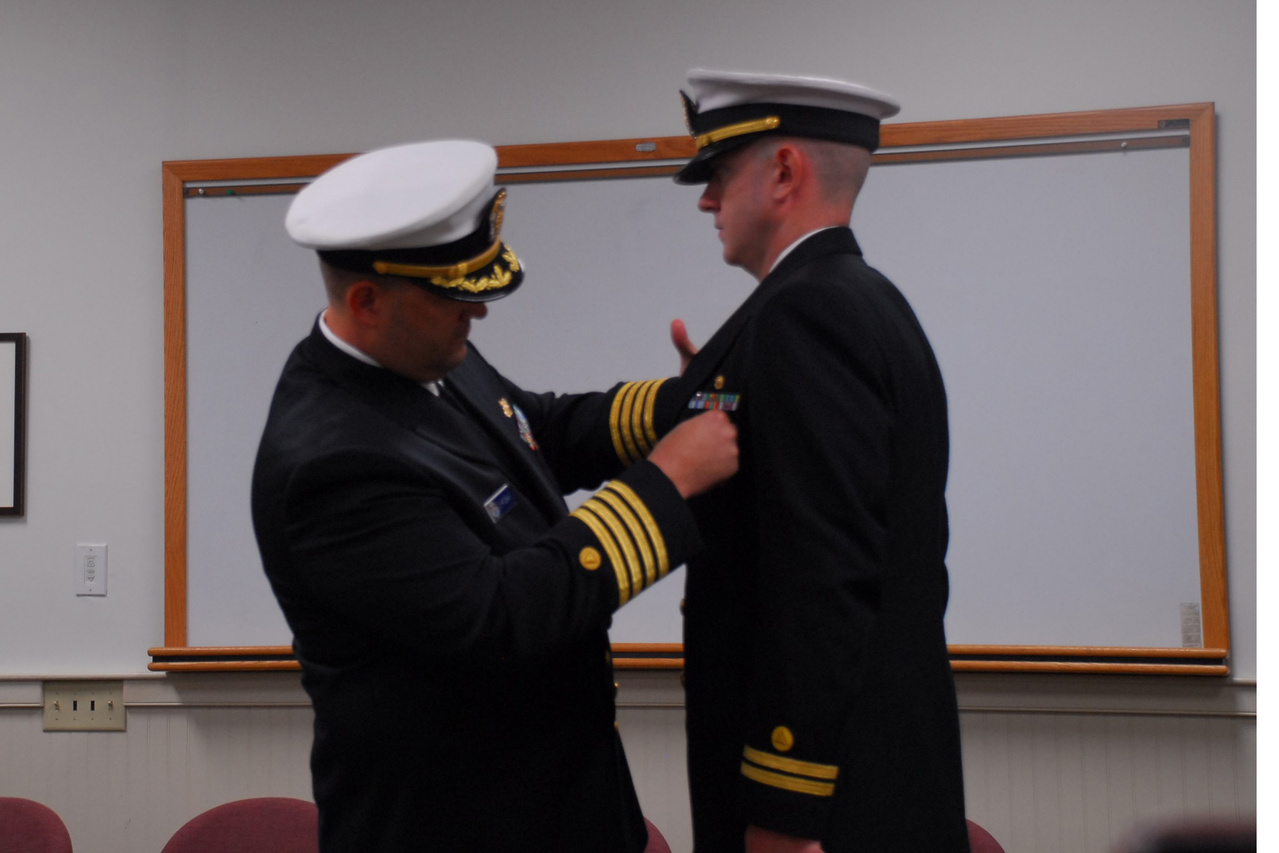 Captain Chrobak moves the Officer in Charge pin on Chris Gallagher to the right side, indicating a past command. Photo: NOAA Fisheries

During Gallagher's command, the 72-foot vessel made 573 tows and was at sea 117 days without accident or injury. Extensive upgrades made to the vessel in the past 18 months were noted, along with the history and contributions of those who came before. In addition to scientific surveys, the Gloria Michelle is deployed on research projects for NOAA Fisheries and other scientific research organizations in the Northeast. 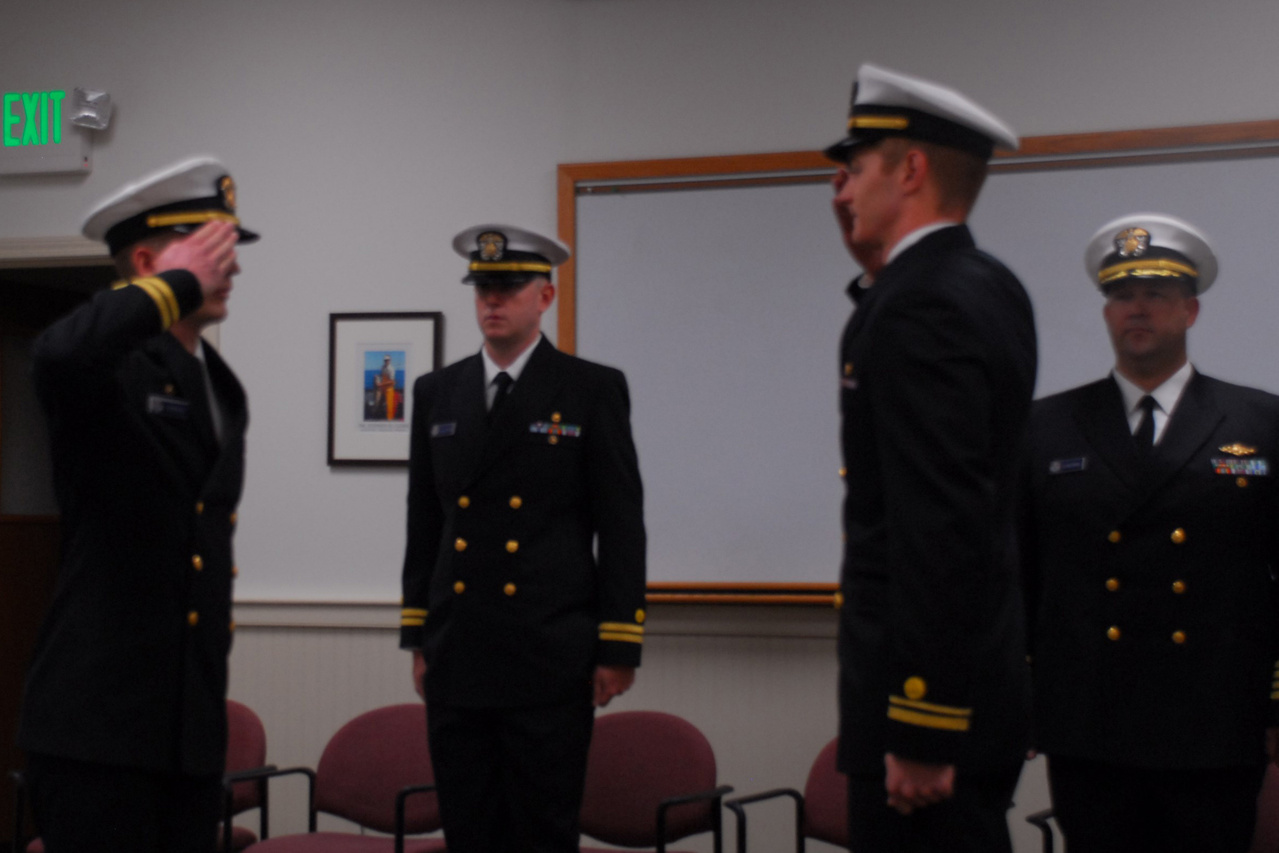 New officers of the R/V Gloria Michelle Ben VanDine (left) and Alex Creed (right) salute each other at the change of command ceremony. Photo: NOAA Fisheries

Lt. Alexander Creed has reported for duty as the Gloria Michelle's new junior-officer-in-charge. Creed's last assignment was in Pascagoula, Mississippi aboard the NOAA Ship Pisces.