Researchers question whether heatwaves are becoming more common than not. 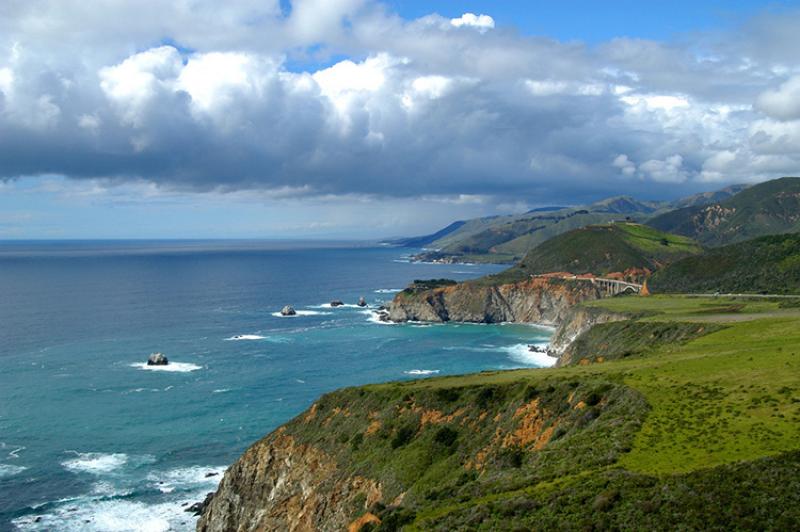 During the summer of 2020, an area of unusually warm ocean water—a marine heatwave—grew off the West Coast of the United States. It became the second most expansive Northeast Pacific heatwave since monitoring began in 1982. The heatwave eventually encompassed about 9.1 million square kilometers, almost six times the size of Alaska, towards the end of September.

In 2019 a similar heatwave developed slightly earlier in the year. While it was not as extensive as this year’s heatwave, its surface expression was warmer. It lasted 239 days, finally dying out way offshore in January 2020.

“It’s notable that in five of the last seven years, the California Current system has been dominated by these large marine heatwaves, which are also the largest heatwaves on record for this area,” said Andrew Leising, a research scientist at NOAA Fisheries’ Southwest Fisheries Science Center in La Jolla, California. He developed a system for tracking and measuring heatwaves in the Pacific Ocean using satellite data. The California Current Marine Heatwave Tracker automatically analyzes variation from the average sea surface temperature from 1982 to the present. Experts are also tracking and analyzing marine heatwaves across the globe.

“The question we’re asking ourselves is whether these recurring heatwaves are the ‘new normal’ or if we’ll transition back to a previous climate state,” said Leising.

While some studies suggest that the warming oceans are fueling more frequent, stronger, and longer-lasting heatwaves, there are other considerations. Namely, the warming ocean itself is pushing baseline temperatures up, which may make heatwaves reach certain thresholds that exceed historical averages more often. Researchers continue to analyze ocean temperature data. They note that many questions remain about whether and how the ocean, and marine heatwaves, may be changing.

“The last few years have seen some really big marine heatwaves by any measure, but we are still teasing apart the complex factors behind them,” Leising said. “That is a big question going forward: What is changing, and what does it mean for our marine ecosystems?”

What Warmer Conditions Mean for the Ecosystem

These warmer conditions have boosted the odds of harmful algal blooms, shifting distributions of marine life, and changes in the marine food web. For example, the largest and most toxic bloom of Pseudo-nitzschia ever recorded along the U.S. West Coast occurred in 2015, during the 2013–16 marine heatwave. The widespread bloom increased levels of algal toxins that collect in shellfish. That forced the closure of the Dungeness crab fishery, one of the most productive and well known West Coast fisheries.

In recent weeks, Washington authorities have closed the state’s coastline to razor clamming and the central Washington Coast to Dungeness crab fishing because of high levels of algal toxins.

NOAA’s California Current Integrated Ecosystem Assessment is an interdisciplinary research effort led by NOAA scientists along the U.S. West Coast. It engages scientists, stakeholders, and managers to integrate all components of an ecosystem, including human needs and activities, into the decision-making process. The marine heatwave tracker was developed as a part of this effort. It helps managers consider the effects of ocean temperature on the ecosystem as a whole.

NOAA Fisheries’ Southwest and Northwest Fisheries Science Centers use this approach and lessons learned from the last heatwave to anticipate and mitigate potential impacts of this new one. Scientists provide fisheries managers and stakeholders with information on how these unusually warm conditions could affect the marine ecosystem and fish stocks.