Collaboration leads to innovation in developing sturdy but livable home for researchers. 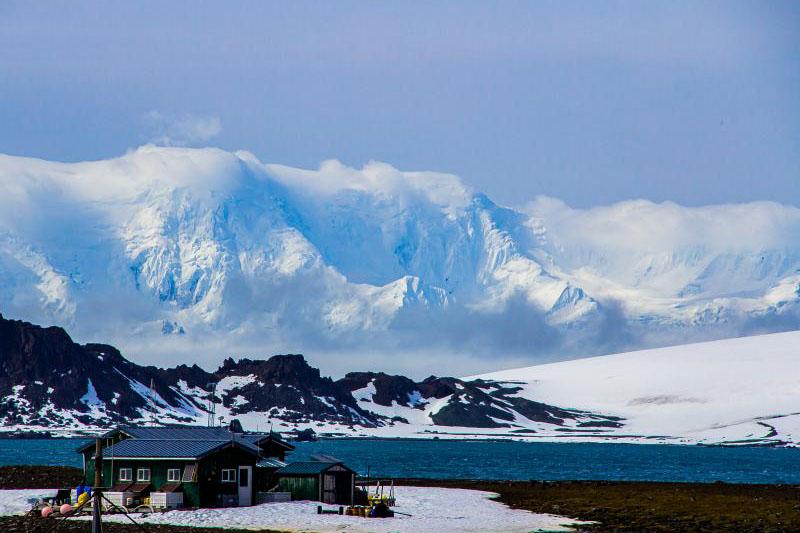 The existing Cape Shirreff field camp in Antarctica is deteriorating with age and exposure to the elements. Credit: NOAA Fisheries.

For the past 5 months, Leo Borasio and his fellow architectural students at the University of Colorado Denver have worked on their biggest and most challenging design and building project to date.

Their next step? Taking it all apart.

That's because the project includes buildings to replace a long-time NOAA Fisheries field camp in one of the most remote and extreme environments on Earth: Antarctica. The buildings must be dismantled and shipped halfway around the globe to Cape Shirreff on the windswept coast of the South Shetland Islands. There they will be reassembled to house researchers who study and track wildlife and the impact of fisheries and climate on the most southern continent.

“We’re asking a lot of these buildings,” said Borasio, a master’s student who is one of about 20 students and others that have designed and built the structures from scratch over the last year. “Even though Antarctica can seem intimidating when you understand the demands involved, everyone is excited about figuring out how to build something for that environment.”

The Cape Shirreff Field Camp was first established in 1996. It serves as a base of operations for scientists of the Southwest Fisheries Science Center’s Antarctic Ecosystem Research Division. They deploy annually to Antarctica during the austral summer to collect data relevant to the management of the largest fishery in Antarctica, which targets krill. They study the population dynamics and impacts of the fishery on wildlife from penguins to leopard seals. The research supports U.S. participation and science-based decision making by the international Commission for the Conservation of Antarctic Marine Living Resources.

Snow and ice surround the camp for nine or more months a year, and the rest of the year it is rainy. The cold, damp conditions have taken their toll on the existing buildings, with floors and walls disintegrating from mold and rot. Leaders of the Antarctic Ecosystem Research Division developed plans to rebuild the station in ways that would make it more livable while also reducing its environmental footprint.

NOAA Fisheries awarded the roughly $1.4 million contract to rebuild the field camp to a three-way partnership. It is led by Bespoke Project Solutions and it includes Colorado Building Workshop, a University of Colorado Denver program that puts students to work on real-world projects and OZ Architecture, who along with Bespoke Project Solutions has experience designing and building in Antarctica. The contract spans three years and includes design, prefabrication, disassembly, and reassembly of four buildings and surrounding decking at Cape Shirreff.

“We had great meetings where they really quizzed us on our likes and dislikes of the current camp, what works and what doesn’t,” said George Watters, director of the Antarctic Division. “They tried to keep the best parts and improve the rest.”

The buildings must be sturdy but built as sustainably as possible to reduce environmental impacts. For instance, the designers avoided paint as much as possible to reduce the risk of contaminating the barren but sensitive surroundings. The same system that collects precipitation for drinking water at the field camp also provides ballast that helps weigh the buildings down against the intense Antarctic winds. The buildings must be built so that once complete, they could be disassembled and packed into three standard shipping containers for transport to Antarctica.

The first phase of the project involves design and construction of the field station’s bunkhouse, where up to eight scientists will sleep. It also includes the galley that will serve as a communal meeting as well as food storage and cooking space. Design and prefabrication has just been completed. The buildings will soon be dismantled and shipped to Antarctica for reassembly during the austral summer that runs opposite winter in the Northern Hemisphere.

The scientists who will use the camp have been involved in its design at every step of the way, said Brandon "Shaggy" Neahusan. He has led work on the project for Bespoke Project Solutions. He said their engagement with the science team will ensure that the building design accounts for the unusual challenges of working in Antarctica, down to the sleep schedule in a summer of around-the-clock sunlight.

“It’s an elegant yet affordable solution that is designed around the science that is being done there,” Shaggy said. He will lead the group that travels to Antarctica with the disassembled buildings and will live in tents while reassembling them at Cape Shirreff.

The shape of the roof is designed to maximize sun exposure for the solar array that will power the team’s equipment while also collecting rainwater. Insulation is built into the walls, floor, and roof, which are thicker than usual to insulate the buildings. The roof and exterior walls will be clad stainless steel that will not need painting. “We looked at all the tradeoffs and tried to make the best choice both in terms of the energy that went into making it and the advantages it would provide by reducing impacts in Antarctica,” said Erik “Rick” Sommerfeld, director of Colorado Building Workshop, which has also designed cabins for Colorado Outward Bound and others for use in remote parts of the Western U.S..

While the new buildings will have a smaller overall footprint, they will have more living space thanks to decks shared among the structures.

“We looked for sustainable alternatives that would be easy to maintain and fix if necessary,” Borasio said. “We wanted to squeeze as much into as little of a footprint as possible.”

With the build of the field camp’s galley and bunkhouse in Colorado, phase one of the project is complete. The teams are looking forward to the next phases in which the bunkhouse and galley are shipped and installed in Antarctica. Parts of the old facility will also be demolished and removed from the field site. After that, the final phases will include a new laboratory and an emergency shelter. Those will be similarly designed and built by the next cohort of graduate students and then disassembled, and again installed, in Antarctica.