A voluntary vessel speed restriction zone has been established southwest of Martha's Vineyard to protect an aggregation of 3 right whales sighted in this area on April 23. 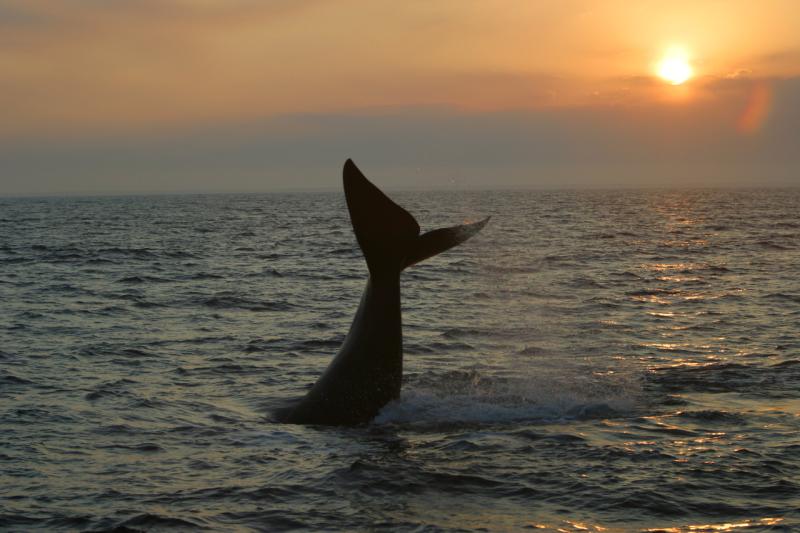 NOAA Fisheries announces that a voluntary vessel speed restriction zone (Dynamic Management Area or DMA) has been triggered southwest of Martha's Vineyard, Massachusetts to protect an aggregation of three right whales sighted in this area on April 23, 2019. 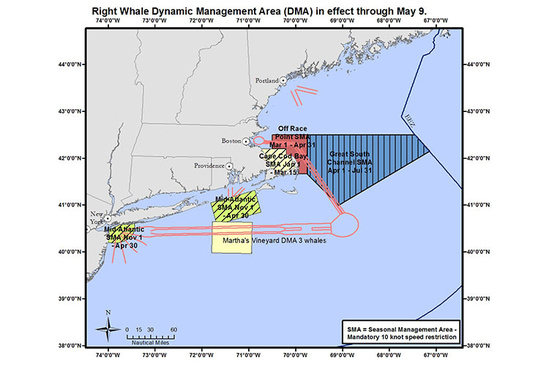