Essential fish habitat (EFH) under the Magnuson-Stevens Fishery Conservation and Management Act (Magnuson-Stevens Act) is defined as: those waters and substrate necessary to fish for spawning, breeding, feeding, or growth to maturity.  Although use of the term Habitat Areas of Particular Concern (HAPC) pre-dates the Magnuson-Stevens Act, HAPCs are now defined as subsets of EFH that exhibit one or more of the following traits: rare, stressed by development, provide important ecological functions for federally managed species, or are especially vulnerable to anthropogenic (or human impact) degradation.  They can cover a specific location (a bank or ledge, spawning location) or cover habitat that is found at many locations (e.g., coral, nearshore nursery areas, or pupping grounds).

HAPCs are designated through action by the regional fishery management councils (Councils) and do not convey additional restrictions or protections on an area – they simply focus increased scrutiny, study, or mitigation planning compared to surrounding areas because they represent high priority areas for conservation, management, or research and are necessary for healthy ecosystems and sustainable fisheries.

Councils may include action to restrict the use or possession of fishing gear types within HAPCs, and the geographic boundaries are subject to refinement through amendments, as research better informs management decisions.  In some cases, Councils may work together on HAPC designations, such as the Gulf of Mexico and South Atlantic Councils collaboration on Coral and Coral Reef HAPC.

The Habitat Conservation Division (HCD) can concentrate consultation efforts to protect and conserve EFH on projects in HAPCs.   More stringent conservation recommendations, or at least more dialogue with an applicant1, can be triggered by the presenceof HAPC.  In the South Atlantic and Caribbean, nearshore HAPCs are more prevalent. HAPCs designated in the Gulf of Mexico are located more offshore.

The South Atlantic Council designated 60,000 square kilometers between North Carolina and the Florida Keys as deep-sea coral HAPC in 2010, primarily to reduce trawling impacts and continues to study the area.  Several areas within the HAPC remain open to fishing for golden crab, royal red shrimp, and wreckfish. An example EFH consultation which occurred in HAPC is the Horry County Department of Stormwater request to re-align a tidal inlet in North Carolina. Coastal inlets, the throat of inlets, and associated shoal complexes are designated a HAPC by the South Atlantic Council: coastal migratory pelagic species, snapper/grouper complex, and shrimp.

The physical disturbance caused by inlet realignment would reduce the amount and quality of foraging habitat and increase the concentration of total suspended solids during construction. The site is susceptible to both development and stress due to non-point source pollution from nearby homes and a golf-course. 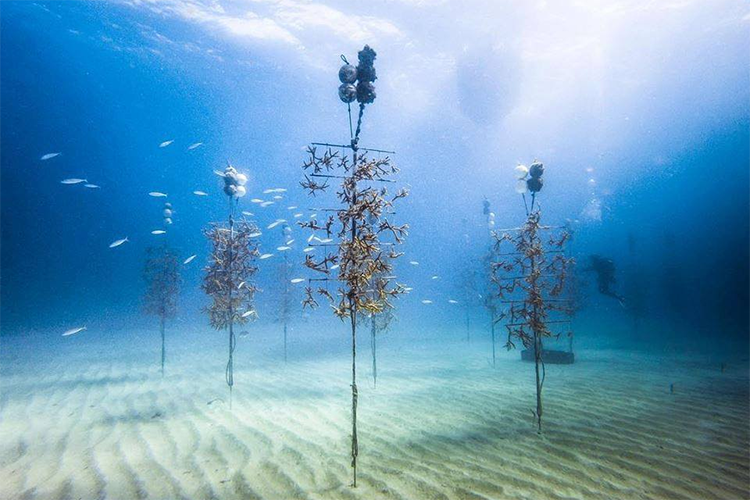