New voluntary slow speed zone put in place through May 15, 2019 to protect a group of three right whales. 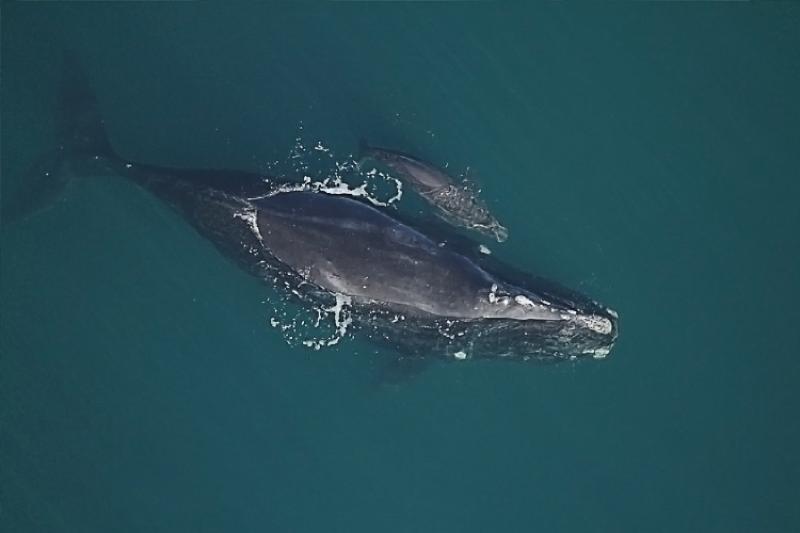 A voluntary vessel speed restriction zone (Dynamic Management Area - DMA) has been established south of Martha's Vineyard to protect an aggregation of three right whales sighted in this area on April 29. 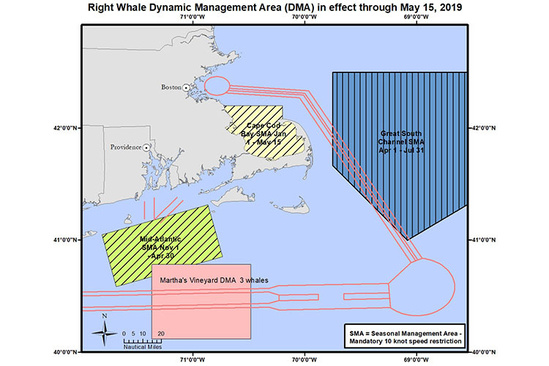 Cape Cod Bay SMA -- in effect through May 15

Whale researchers at the Northeast Fisheries Science Center and colleagues are observing large numbers of North Atlantic right whales and other whale species in Northeast waters from aerial and research vessel surveys. Researchers began seeing right whales in the region in mid-November. As many as 158 individuals have been sighted on a single flight, often in aggregations of four or more. Read more. 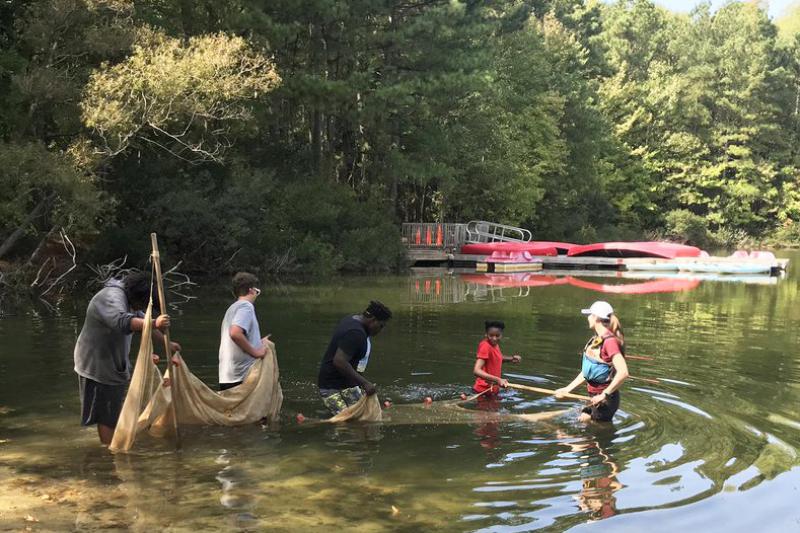 Last updated by Greater Atlantic Regional Fisheries Office on May 01, 2019