One of ASAMM’s survey aircraft takes to the skies!

Welcome to the 41st consecutive field season for the Aerial Surveys of Arctic Marine Mammals (ASAMM) project! Every year since 1979, ASAMM has conducted line-transect aerial surveys off the northern and western coasts of Alaska, in the Beaufort and Chukchi seas. A long-term dataset like this is extraordinary because it is both rare and ecologically invaluable. Exact survey dates and boundaries have varied over time, but the study goals, general survey area, and survey methods have remained remarkably similar. This year is particularly noteworthy because ASAMM will be extending its range to include Canadian waters in the eastern Beaufort Sea and Amundsen Gulf during August to collect data for a new estimate of the abundance of the Western Arctic stock of bowhead whales. ASAMM is funded and co-managed by the Bureau of Ocean Energy Management, and conducted and co-managed by the NOAA Fisheries Alaska Fisheries Science Center. 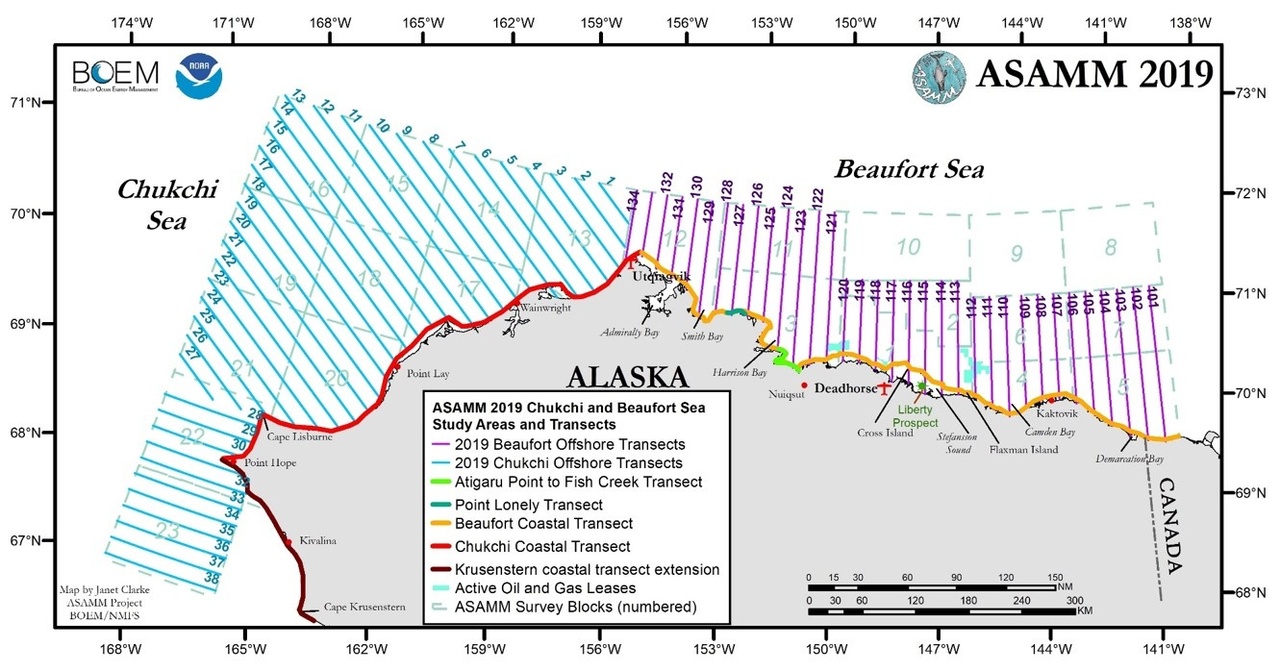 ASAMM 2019 study area and transect lines in the eastern Chukchi and western Beaufort seas. These transects will be surveyed in July, September, and October.

Our goals are to examine the distribution, number of animals using certain areas, and behavior of bowhead, gray, humpback, fin, minke, and killer whales, belugas, harbor porpoises, walruses, ice seals, and polar bears. We focus on the Alaskan Arctic, in areas of potential interest to shipping and petroleum exploration, development, and production, and surrounding areas used by marine mammals. Results from this research provide an objective, broad-scale understanding of marine mammal ecology in the Alaskan Arctic that helps inform management decisions. 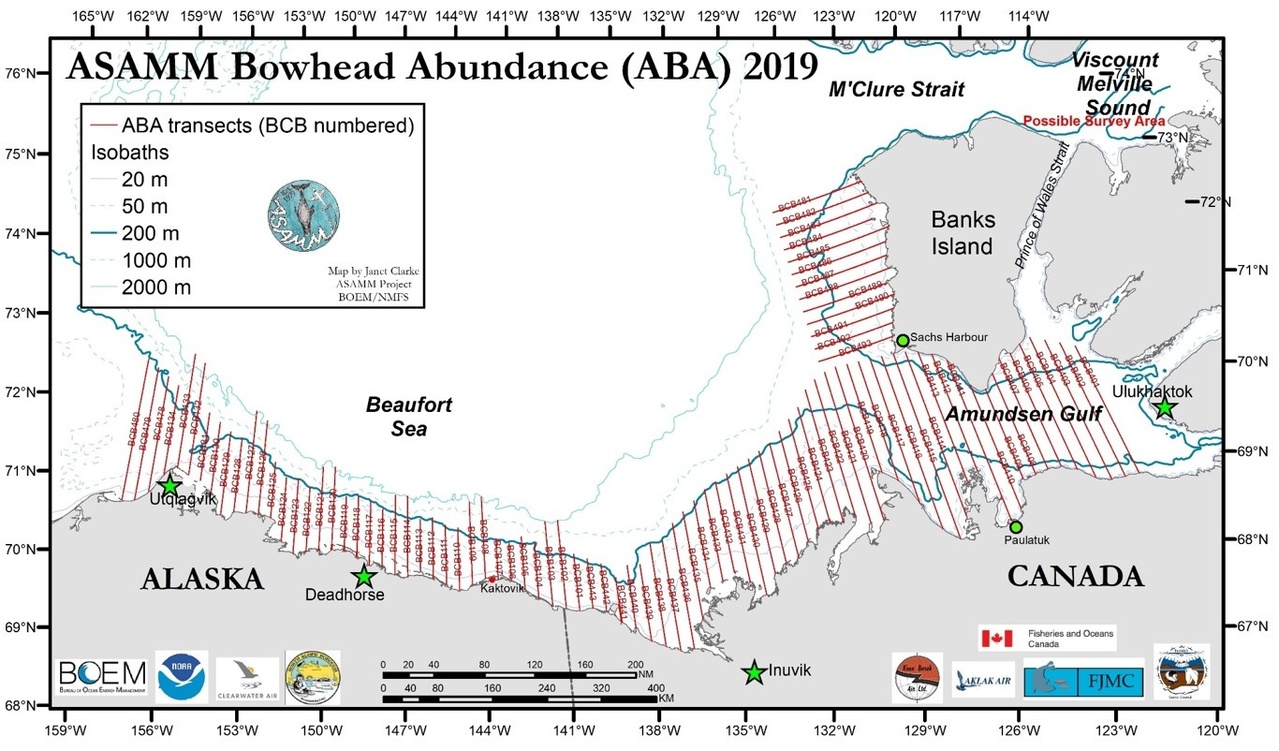 ASAMM Bowhead Abundance 2019 study area and transect lines in the Beaufort Sea and Amundsen Gulf. These transects will be surveyed in August.

Four decades of research have taught us that every year is different in the Arctic. We’ll post blogs throughout the season so that you can join us on this year’s scientific adventures!

*All marine mammal photos taken under research permits with funding from the Bureau of Ocean and Energy Management. 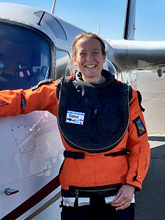 Megan Ferguson is a Research Fisheries Biologist at Alaska Fisheries Science Center's Marine Mammal Laboratory. Her research focuses on spatiotemporal patterns in Arctic marine mammal ecology and the biological and physical processes that shape those patterns.

How are the Whales Responding to Fewer Tourists in the Waters off Juneau, AK: Summer Survey is Underway to Learn More - Post 1

Last updated by Alaska Fisheries Science Center on May 05, 2020