A surprise discovery tells the story of one female's contribution to a population of endangered Hawaiian monk seals. 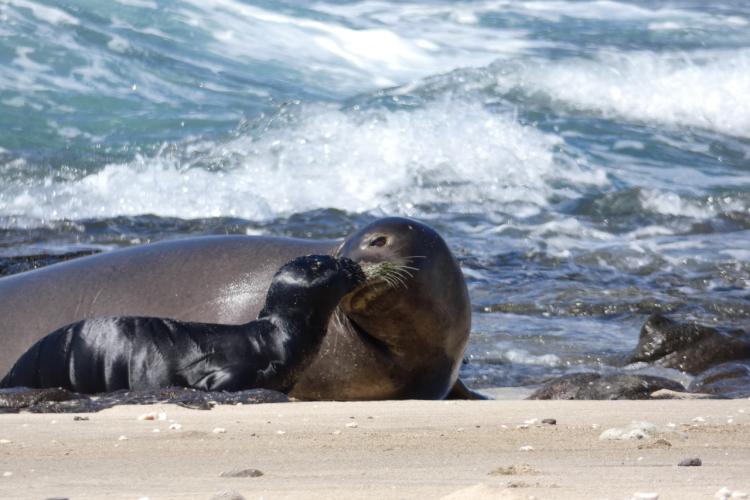 With all of the disappointing news for Hawaiian monk seals—from the deaths of young seals by drowning in nets, the possible deliberate killing of a young seal, and the devastating effects of toxoplasmosis on monk seals—it has been easy to get discouraged about the fate of the species. But the news that we identified the mother monk seal who pupped on an island offshore of Oʻahu sometime around February 21st has given me great hope.

A team from NOAA’s Hawaiian Monk Seal Research Program went to this island recently and identified the mother seal as RF34, or “Pua,” who herself was born there in April 2014. One intriguing aspect of this story is that the last sighting of Pua was on September 4, 2014, when she was only 5 months old. She had not been reported in the 5 years since. So where has she been all this time? Only Pua knows. But this made me ponder Pua’s lineage and that’s the story I want to share here. 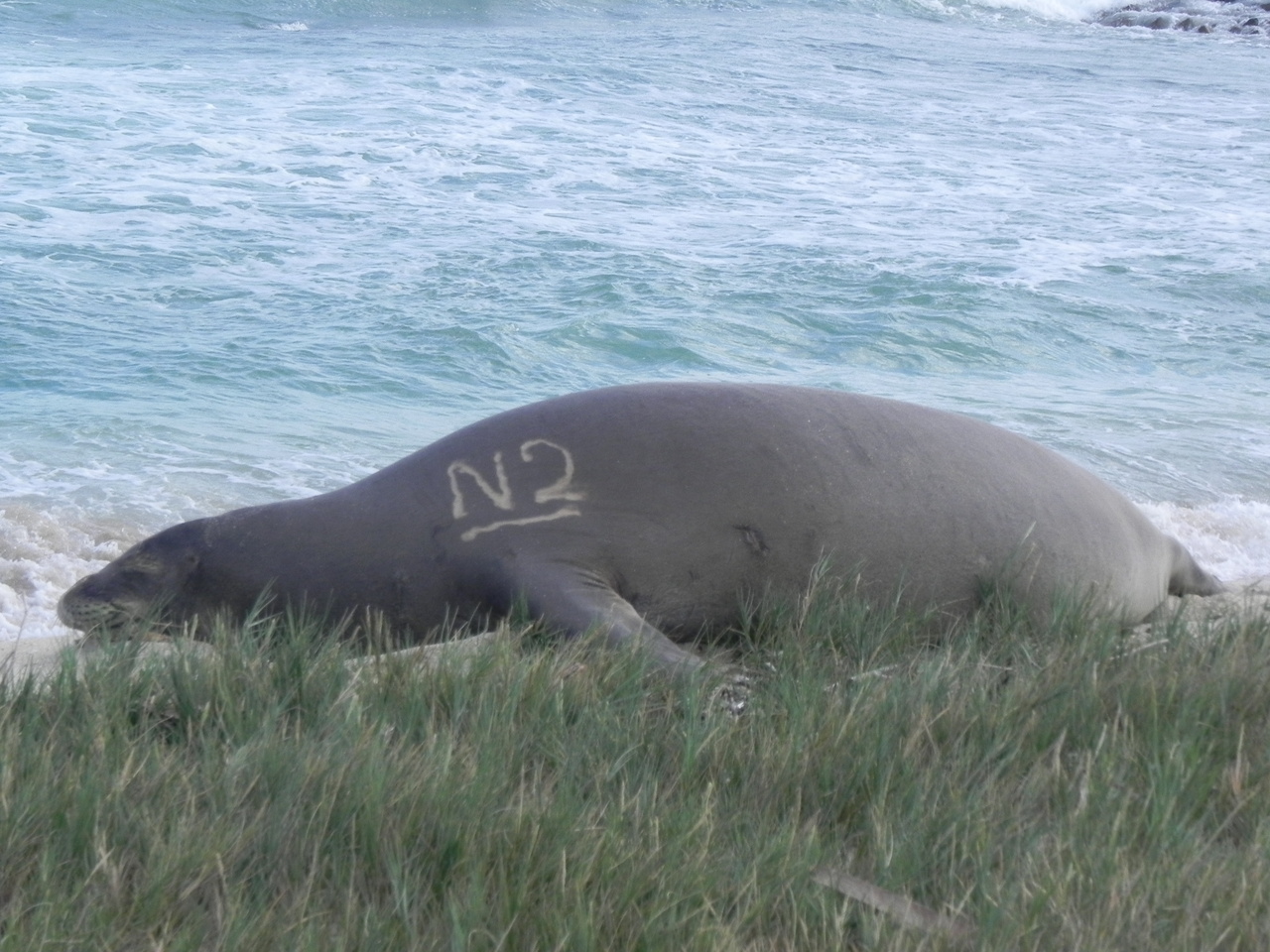 This tale starts with a remarkable Hawaiian monk seal known as RS00, or “Ewa Girl.” Ewa Girl’s story is an amazing one. She was born on Midway Atoll in 1992 and made it down the Hawaiian Archipelago on her own over the years. She was known to have had nine pups in the main Hawaiian Islands including one on Niʻihau, one on the Big Island, and the rest on Oʻahu.

Learn more about this unique seal. 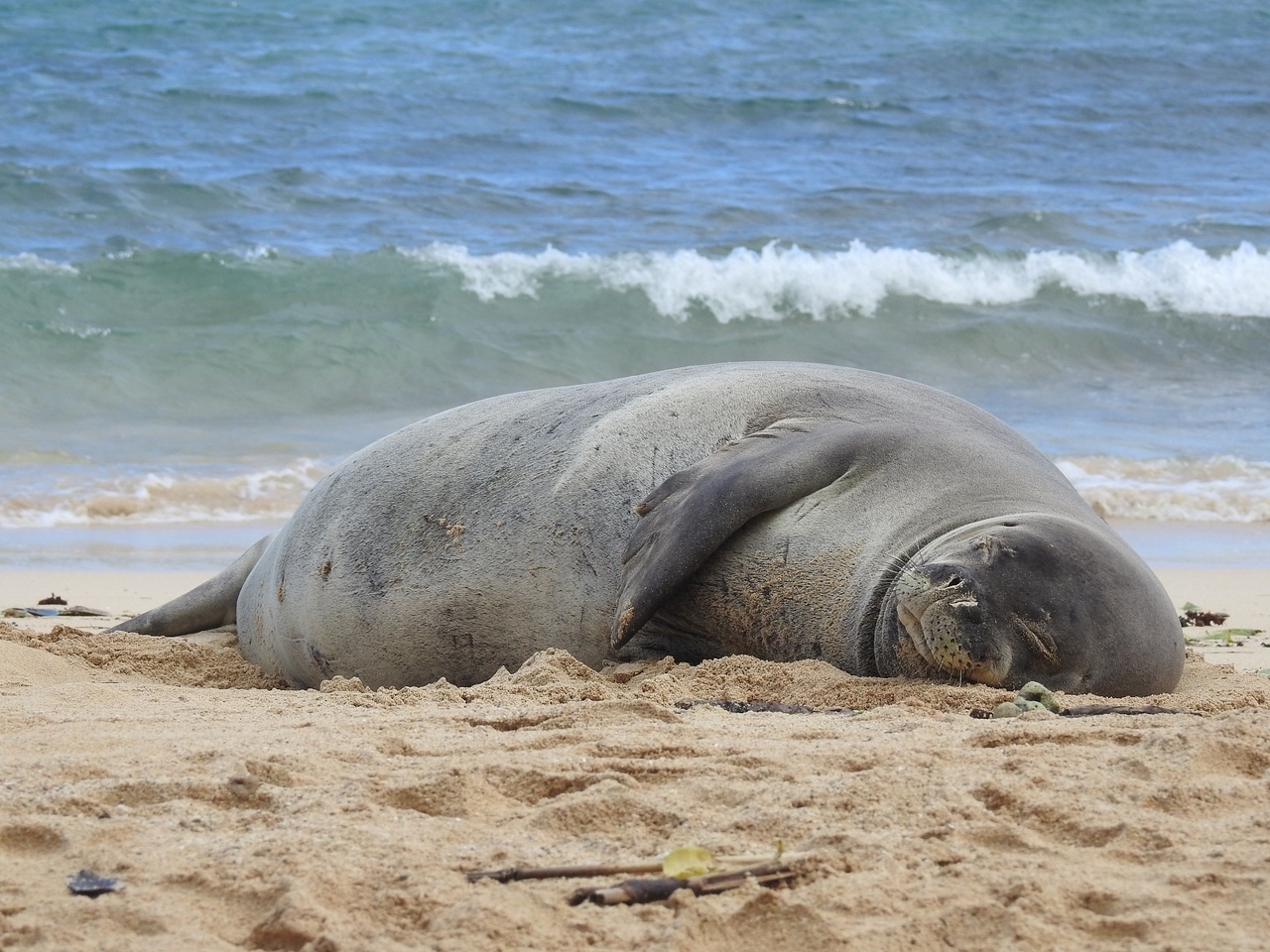 So now, almost 6-year-old Pua has given birth to her first (that we know of) pup on this offshore island. This represents a third generation born on this island, and a fourth generation from the amazing Ewa Girl. The first Oʻahu pup of the year (PO1) is the great grandchild of Ewa Girl.

When the NOAA team went out to the island in early March, they actually saw two of Sadie’s three daughters on the island. Besides the new mom Pua (and her pup PO1), Kala was there. The NOAA team also found “Haliʻa/Lauloa” (RK38) and successfully removed a hook from her mouth, and RG32, a male born on Molokaʻi who spends much of his time on the island.

I need to acknowledge the contributions of my late husband, DB Dunlap, who provided NOAA with almost daily sightings of the monk seals on this offshore island from 2003 until his death in 2017. We would not know nearly as much as we do about these seals without his efforts.

This story gives me hope for the Hawaiian monk seals in the main Hawaiian Islands in spite of the threats they face. It also emphasizes the impact one female seal can make on the overall monk seal population. We thank NOAA for their interventions along the way (starting with twice having to remove hooks from Ewal Girl) that have assisted in preserving this lineage. The wanderlust that led Ewa Girl to travel from Midway to Hawaii Island has had a major impact on the seal population in the main Hawaiian Islands. May the females of this line continue to go forth and prosper.

I was part of the team that went out to identify the “unknown mom” that day and was truly surprised and amazed to find that it was RF34. We tend to assume that seals not seen in 2–3 years are dead, but here she was, alive and well, and with a pup of her own.

We may not have known about Pua and her pup if it were not for the efforts of people like Marilyn, other monk seal enthusiasts, and volunteers who diligently report their monk seal sightings from around the islands. Marilyn’s late husband DB Dunlap was responsible for over 20,000 Oʻahu monk seal sightings, documenting as many as 15 births. NOAA relies heavily on networks of volunteers, members of the public, and agency partners to report monk seal sightings from around the main Hawaiian Islands. The information they provide allows us to track individual seals, monitor vital rates, and monitor the population overall. It really does take a village.

You can help to contribute to monk seal monitoring by reporting your monk seal sightings to the NOAA Marine Wildlife Hotline at 888-256-9840 or by emailing your sighting to  PIFSC.monksealsighting@noaa.gov (non-emergencies only). 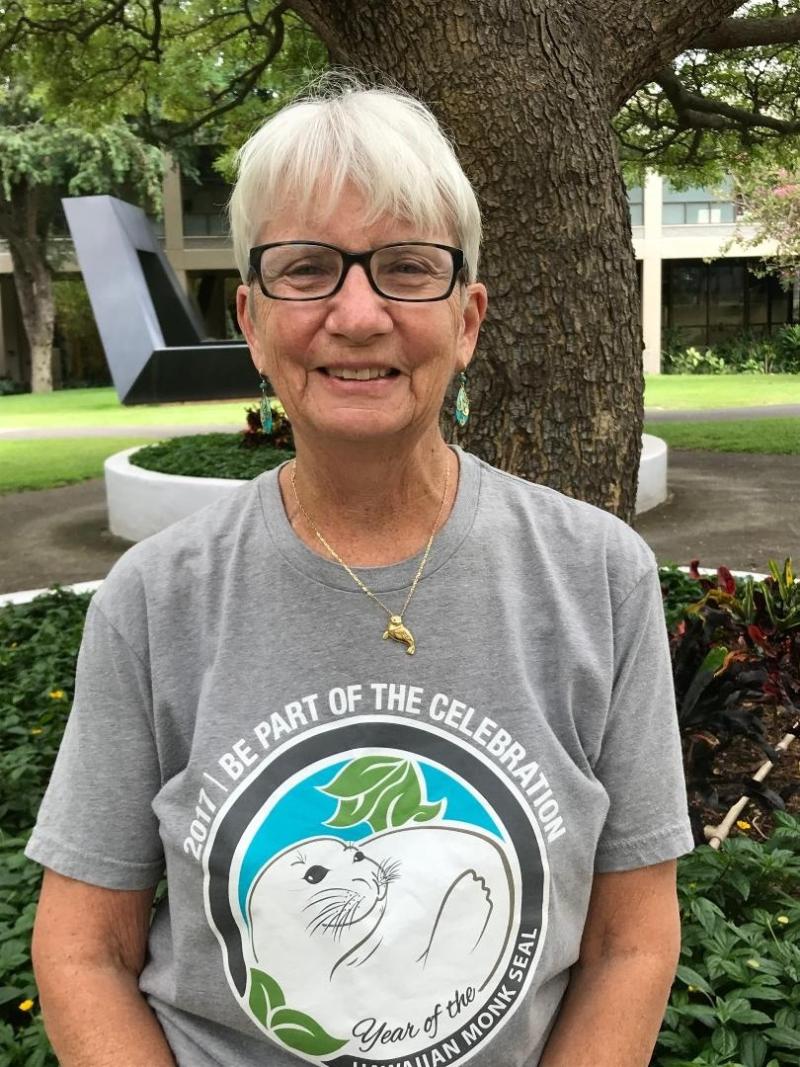 Marilyn Dunlap came to Hawaiʻi from California in 1968 to be a graduate student in Zoology at the University of Hawaii at Manoa. After earning her Ph.D. in Zoology in 1975, she joined the faculty of the Pacific Biosciences Research Center of UHM where she serves as Associate Director of the unit and directs a core microscopy facility. Her own research dealt with marine sea slugs. Her interest in Hawaiian monk seals started in 2001 when a female seal, nicknamed “LuSeal,” hauled out at Sandy B...