We collect, analyze, and report social science data in multiple contexts to inform fisheries management and meet fisheries regulations, such as National Standard 8. Our studies aim to understand further and incorporate social science in the management.

In 2011, the West Coast Groundfish Fishery implemented a catch shares program. We have collected socio-cultural data over time to understand the effects on the fishermen and their communities. We conducted a baseline data collection effort in 2010, before the implementation of the program. We undertook a second round of data collection in 2012, one-year post-implementation, and a third-round in 2016 one year post-quota share trading. We expect to proceed with future data collection on a five-year cycle from 2016. The results contributed to the initial five-year review of the West Coast Groundfish Trawl Catch Share program in 2017 and will add to the next five-year reviews in 2022 or 2023.

Fishing Communities by Gear and Species

Federally managed fisheries operate under Fisheries Management Plans (FMPs). The Magnuson-Stevens Fishery Conservation and Management Act (MSA), National Standard 8, requires that we consider human fishing communities and the potential impact of management to those communities when significant actions are taken under these plans. This project will make extensive information about fishing communities' involvement in various fisheries readily available on-demand to fisheries managers and other stakeholders for management applications as needed. The objectives are to:

Voices from the West Coast 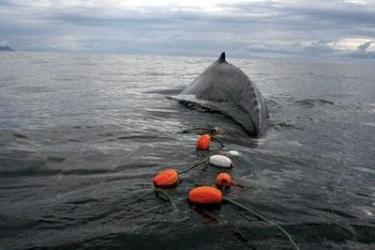