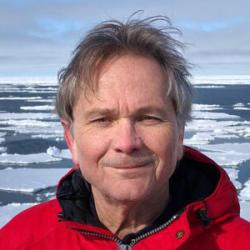 Dr. Francisco (Cisco) Werner is the Director of Scientific Programs and Chief Science Advisor for NOAA Fisheries, a role he took on in June 2017. In this capacity, he leads NOAA Fisheries' efforts to provide the science needed to support sustainable fisheries and ecosystems and to continue our nation's progress in ending overfishing, rebuilding fish populations, saving critical species, and preserving vital habitats. As director, Cisco supervises the planning, development, and management of a multidisciplinary scientific enterprise of basic and applied research. He oversees NOAA's six regional Fisheries Science Centers, including 24 labs and field stations, and the Office of Science and Technology. Cisco previously served as the Science and Research Director for NOAA's Southwest Fisheries Science Center from 2011 to 2016. Prior to joining NOAA Fisheries, he was the Director of the Institute of Marine and Coastal Studies at Rutgers University. Cisco’s research has focused on the development and implementation of numerical models of ocean circulation and ocean forecasting systems. He has also published extensively on the effects of physical forcing on marine ecosystems and the impact on the structure, function, and abundance of ecologically and commercially important species in the Atlantic and Pacific Oceans. He served as Chair of the GLOBEC (Global Ecosystem Dynamics) Program, and is presently the U.S. delegate to PICES (the North Pacific Marine Science Organization). Cisco earned his BSc in Mathematics, and his MSc and PhD in Oceanography, all from the University of Washington.