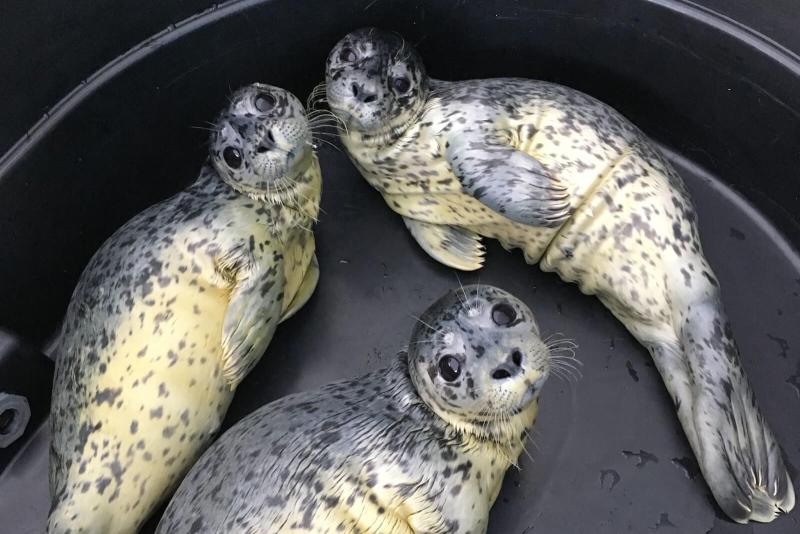 Whatcom Marine Mammal Stranding Network is a non-profit that serves Washington’s Whatcom and Skagit County communities with great care and dedication. It was born out of a public need to protect marine mammals that strand on the beaches. It was established in 2007 and is part of NOAA Fisheries’ West Coast Marine Mammal Stranding Network, which includes partner organizations along the coast. They play an essential role in helping NOAA Fisheries monitor and recover protected marine mammals, including endangered and threatened marine mammals. Over the last 10 years, the network has averaged more than 30 strandings per year, with almost 90 percent of them harbor seals. They have also responded to California sea lions, Steller sea lions, and harbor porpoises.

What Does the Network Do?

Victoria Souze is the Principal Investigator at the Network, where she designs and implements research. Collecting data on strandings provides insight into marine mammal populations. With the help of her Co-Investigator, Alysha Evans, she has coordinated the many intricacies of stranding responses.

Souze’s love for marine mammals started at a young age. Growing up she would pretend to be a dolphin or seal in her backyard pool, and daydreamed about these animals in school. When the opportunity arose to be part of an organization that helps marine mammals, Souze was happy to use her background in marine biology to get involved and share her passion for this important work. “I enjoy training and welcoming new volunteers into our organization so that they can safely share our passion for marine mammals,” she said. 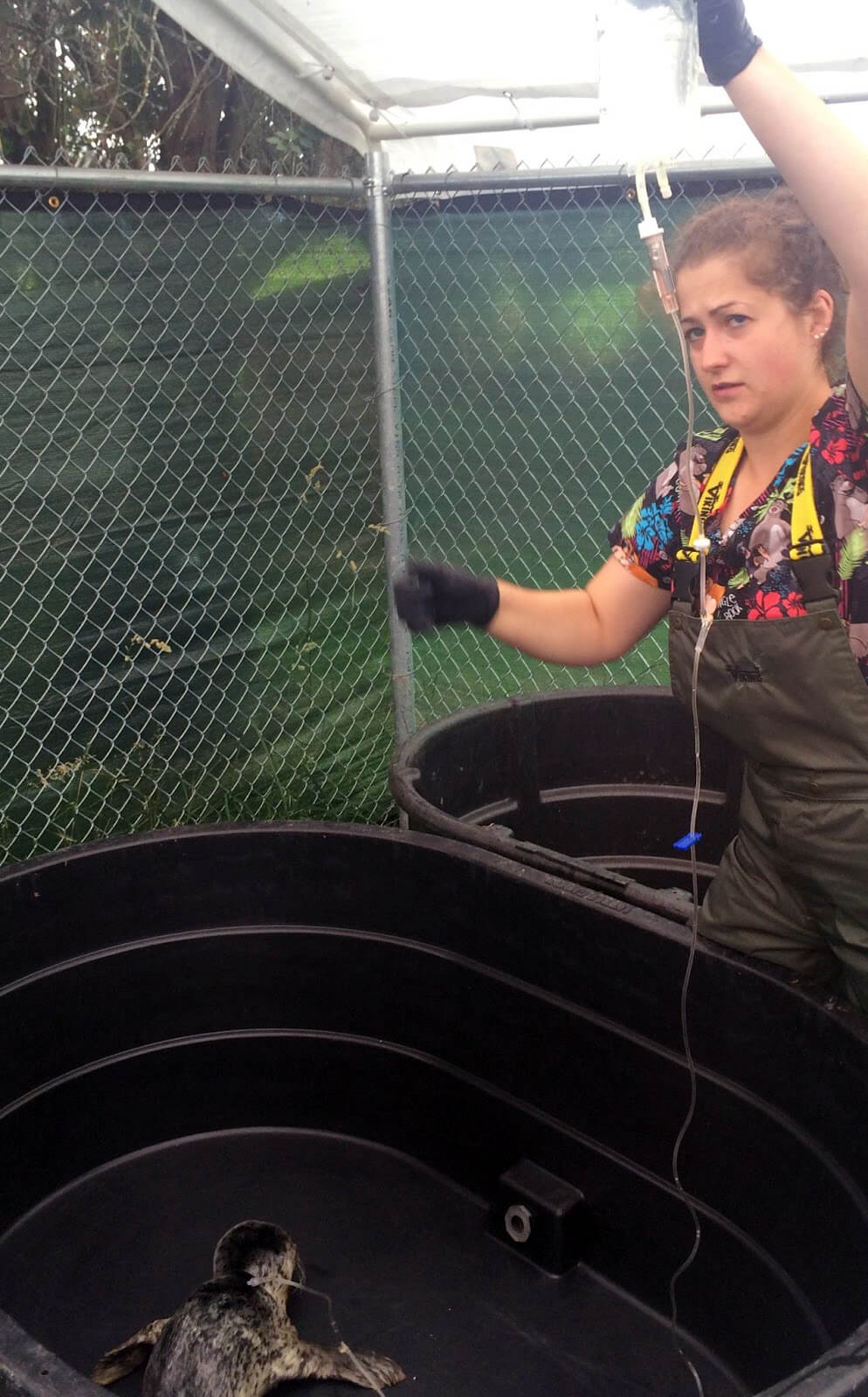 Alysha Evans is the Co-Investigator at the Network. She assists with organizational and administrative duties as well as hands-on response as a Licensed Veterinary Technician. She is also the Manager of the Whatcom Humane Society Wildlife Rehabilitation Center. Evans’s love for marine mammals also began at a young age, sparked by the movie “Andre,” which follows a family of animal enthusiasts and an abandoned seal. Knowing she wanted to care for marine mammals, Evans went to school to get her veterinary license. She volunteered with rehabilitation centers and even responded to the Deepwater Horizon oil spill in the Gulf of Mexico. “The organization started small and continues to remain small, but the hearts of those involved are large,” she said.

When beachgoers witness marine mammals in distress, they can help the animal by calling the West Coast Marine Mammal Stranding Network. The appropriate network partner responds to the situation based on the location of the report. This allows trained volunteers and professionals, like those at Whatcom Marine Mammal Stranding Network, to assess and respond to the situation properly.

Alysha Evans revealed that calls to the Network do not always pan out as expected. She described a case where a caller was concerned about a stranded orca in Point Roberts, Washington, struggling at the tide line. The Network team dispatched the U.S. Coast Guard, who was preparing to set up crowd control as they awaited verification of the situation. They secured a vessel from the Washington Department of Fish and Wildlife, and responded to the stranding. Seeking confirmation that the whale was a Southern Resident killer whale, the team arrived on the scene to find that this presumed “ailing orca” was actually a fake dorsal fin attached to a crab pot! WDFW removed the illegal marker and contacted the owners. With relief, this call to the network ended very well, with no orca stranding whatsoever. “Our exciting day ended in a chuckle and a ‘thank goodness’ this was not in fact an ailing orca,” she said.

As amusing and surprising as this case was, success stories also follow real strandings. One of Evans’s memorable wildlife response cases involved a harbor seal pup that concerned boaters illegally picked up and brought in. The boaters did not know how to handle the situation properly. The pup was dehydrated, stressed, and had eye trauma from a hook that the pup had come into contact with during the ride. Evans and colleagues successfully stabilized, examined, treated, and ultimately transferred the pup to a long-term rehabilitation facility. After a few months in care, the pup made a full recovery and was released back to the wild with the help of the network! This case highlights the need for more public education, as the pup was likely not abandoned and came into harm's way only when humans intervened. 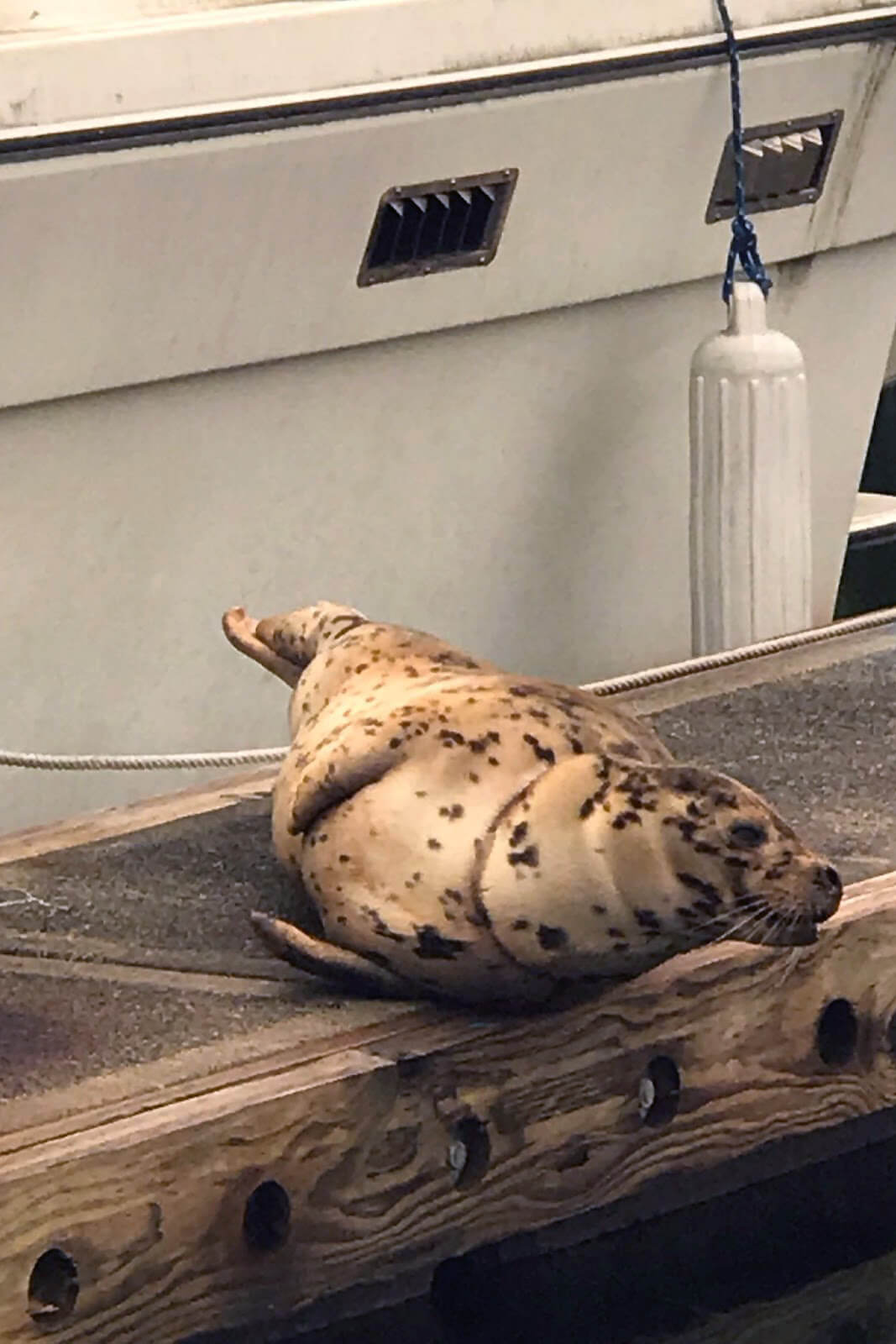 There are many success stories such as this one that require professional expertise. Harbor seal pups that have been orphaned or abandoned as a result of harmful human interaction are taken into the seal pup triage center at the Wildlife Center. The Center is part of the Whatcom Humane Society and has permission from NOAA Fisheries to hold harbor seals for up to 24 hours. From here, Evans assesses, rehydrates, and determines the next course of action for the pups. Souze views any chance to help these animals as a bright spot, and says she “[loves] taking the pups that are old enough to be relocated out to a large seal haulout off of [her] home on Lummi Island. Here they are placed in a wonderful spot surrounded by kelp beds away from humans and with 200+ other seals and pups.” Such success is possible only when stranding responses are left to trained professionals.

How to Help Wildlife Responsibly

The public can play a role in helping stranded marine mammals, but that role is not always clear to those unfamiliar with marine mammal biology or their normal behavior. Souze stresses that seals and sea lions are not out of place on the beach, but rather are in their natural environment. We should learn to “Share the Shore” with them. Misconceptions about when marine mammals need help and how exactly to provide help can harm wildlife, even when individuals have good intentions.

So, what can the public do? Evans says that the best thing to do when encountering a marine mammal in need is take a photograph from a distance and call the Marine Mammal Stranding Network at (866) 767-6114.