It was an unusually clear, cool day. The team was hopeful that the long hours spent planning and coordinating would pay off. They were about to embark on a five-day interagency operation to Togiak, Alaska.

While some would be worried about the unforgiv 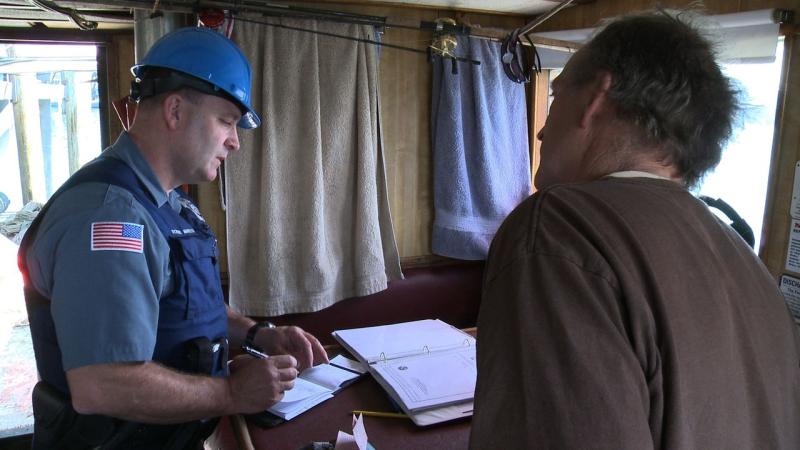 It was an unusually clear, cool day. The team was hopeful that the long hours spent planning and coordinating would pay off. They were about to embark on a five-day interagency operation to Togiak, Alaska.

While some would be worried about the unforgiving waters, unforeseen weather changes, or unruly vessel operators, the five-member team, comprised of three NOAA Office of Law Enforcement officials and two Alaska Wildlife Troopers, it was just an ordinary day at work.

“It was a very successful operation,” said Will Ellis, assistant director for OLE-Alaska. “It went very smoothly. We were able to tackle some multi-department missions and concerns.”

Last year the partnering agencies amended their agreement to allow for a joint-operation using the Troopers patrol vessel Stimson. The purpose of the patrol was to check trampers and trawlers in the remote Togiak area to ensure the legal importation/exportation and accurate labeling of the seafood product. After flying into Dillingham, the team skiffed to the Stimson anchored in Togiak Bay.

Three trampers, all of which anchored in the roadstead at Togiak, were boarded. One was taking herring product from a floating processor. The other two were there to take yellowfin sole product from the Head and Gut trawlers.

“The holds were checked and the amount of product appeared to correspond with the paperwork,” said Ellis of the unannounced spot-checks.

Additionally, four H&G trawl catcher/processors were boarded and inspected for flow scale and video compliance. No discrepancies were identified. While onboard, the team informed the trawler captains of the Walrus Transit corridors protecting the walrus sanctuary on Round Island.

“The Stimson was an excellent platform for this joint operation. It (was) anchored in sight of the trampers and allowed for boarding the trawlers once they began offloading,” explained Ellis. “Because the proximity and calm waters, the team was able to check video and flow scales – a time-consuming process.”

Time permitting, the team checked several area tenders for VMS compliance. All but one passed inspection. When the non-compliant vessel was hailed, the captain explained that he thought VMS was not required and promptly energized the unit.

"Based on the success of cooperative efforts such as this, future joint operations are being planned,” said Todd Dubois, OLE Assistant Director for Operations. “NOAA relies heavily on our Cooperative Enforcement Program and our state partnerships are instrumental in successfully carrying out OLE’s mission. Working on joint operations strengthens our partnerships, maximizes the effectiveness of our enforcement resources and facilitates sharing of information and experience between our partner agencies.”