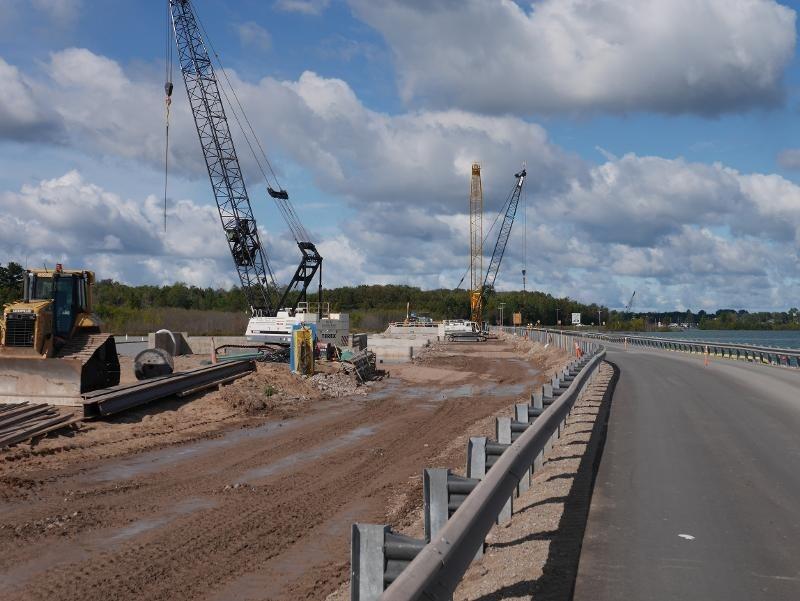 We completed a project in the Great Lakes to restore habitat that’s already reaping benefits. We worked with the Great Lakes Commission to restore natural rapids on the St. Marys River in Michigan’s Upper Peninsula. The same day that excavation was completed, thousands of minnows were already seen swimming in the faster water!

The Little Rapids were historically some of the most productive spawning grounds in the Great Lakes for sport fish. Only 10 percent of the original rapids remained in the river prior to construction, so restoring them could have a large, positive impact.

As part of this effort, we removed a causeway and replaced it with a 600-foot bridge. Excavating the existing road and surrounding embankment allowed for the natural, faster flow of water to return. Restoring the rapids will provide important spawning and nursery habitat for native fish such as whitefish, walleye and lake sturgeon.  Important recreational species such as salmon and trout will also benefit from this restoration work.

Removing the causeway is an important step toward removing the St. Marys River from a list of toxic hotspots in the Great Lakes called “Areas of Concern.”

Last updated by Office of Habitat Conservation on February 03, 2020