How Do Scientists Know Where the Fish Go?

Acoustic telemetry helps researchers keep tabs on individual fish and other critters as they migrate. 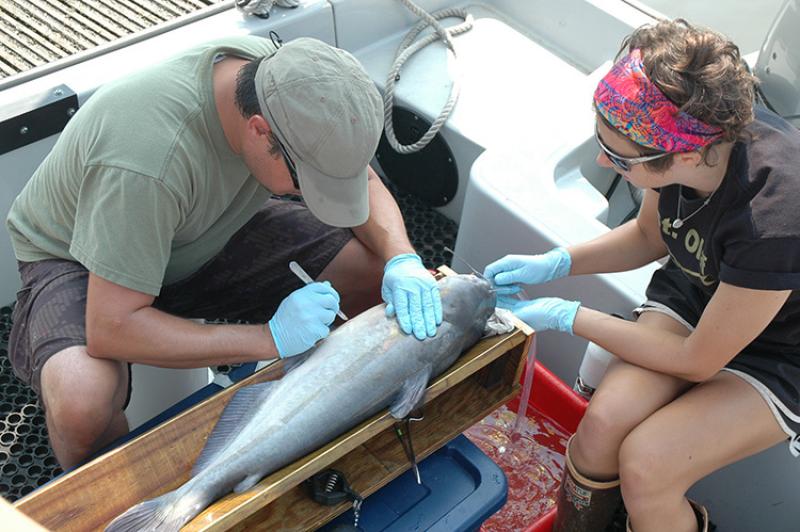 Understanding where fish spend their time—including where and when they migrate—is an important part of scientists’ knowledge about species. But fish and other critters can’t just send a text when they get to their winter homes. As part of World Fish Migration Day, we want to share how scientists learn more about their movements. 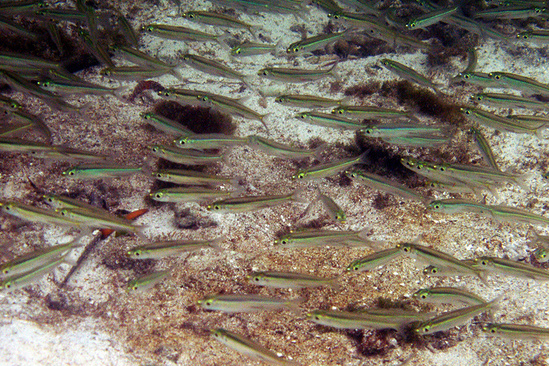 Acoustic telemetry is one way scientists can fill in knowledge gaps; it is based on technology much like the microchips many pet owners have implanted in their furry friends. Those chips can be scanned using handheld devices at veterinarians’ offices or other animal care facilities, and the unique information the scan reveals can be used to find out the pet owner’s name and contact information in a database.

To use acoustic telemetry, researchers attach (either externally or via surgical implant) an electronic tag to individual fish. These tags emit a “ping” every minute or two that is a unique signal, essentially saying “I am fish #123.”

Receivers—small, data-logging computers—are located where researchers may want to learn more about fish in those areas. Then, when tagged fish swim near those receivers and emit pings, the receivers “hear” that they are there, and the presence of that particular fish is noted. Receivers can hear pings from as far away as a kilometer. Learning when individual fish swim near receivers can help researchers learn more about fish migration.

Currently, a number of agencies, including the U.S. Navy, and academic institutions maintain receivers. To get the data from most receivers, researchers need to physically connect with the receivers in order to download data. 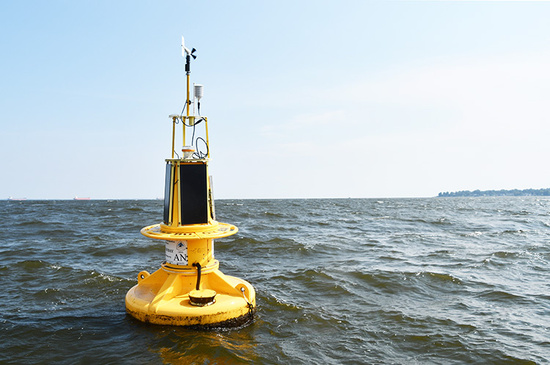 The NOAA Chesapeake Bay Interpretive Buoy System (CBIBS), operated by the Office of Habitat Conservation’s NOAA Chesapeake Bay Office, houses a receiver on each NOAA CBIBS buoy. A special feature of these buoys is that—because the buoys send meteorological data back to shore every 10 minutes anyways—they send near-real-time data on fish near the buoys as well.

With so many fish tags and so many receivers, how do researchers know which locations “their” fish have swum by? Since 2006, the Atlantic Cooperative Telemetry Network (ACT) has facilitated the sharing of data among researchers to gain a greater understanding of a wide variety of aquatic species.

A relatively new effort, the Mid-Atlantic Telemetry Observing System (MATOS), supports the ACT Network and others; it is a comprehensive data warehouse for telemetry information along the East Coast. Researchers who participate in MATOS are able to log in and learn which receivers a particular electronically tagged fish has swum by, and when—no matter which system the receiver is part of.

A unique feature of MATOS is that researchers can set permission levels for their data—they can keep it private or share it with other researchers or the public. Projects currently underway using MATOS are researching species including cownose rays, blue catfish, stingrays, horseshoe crabs, common carp, and four kinds of shark.

Last updated by Office of Habitat Conservation on April 19, 2018