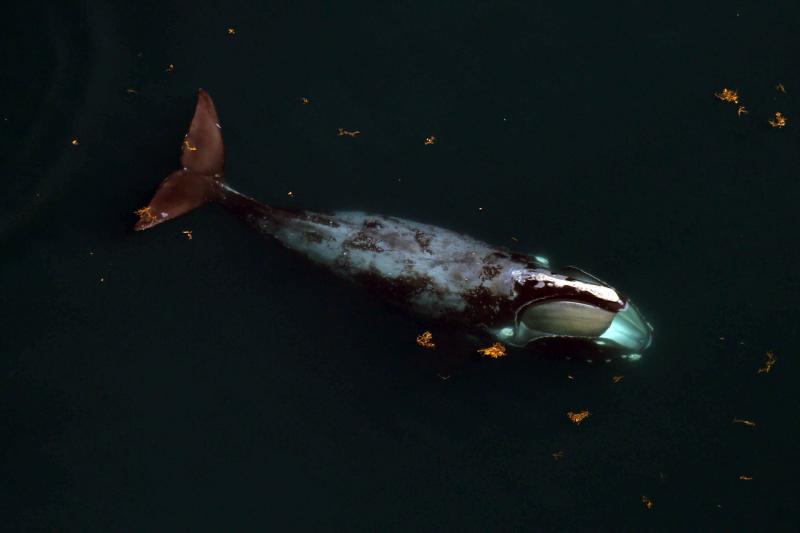 Vessel strikes are one of the most prominent sources of death and serious injury for right whales. 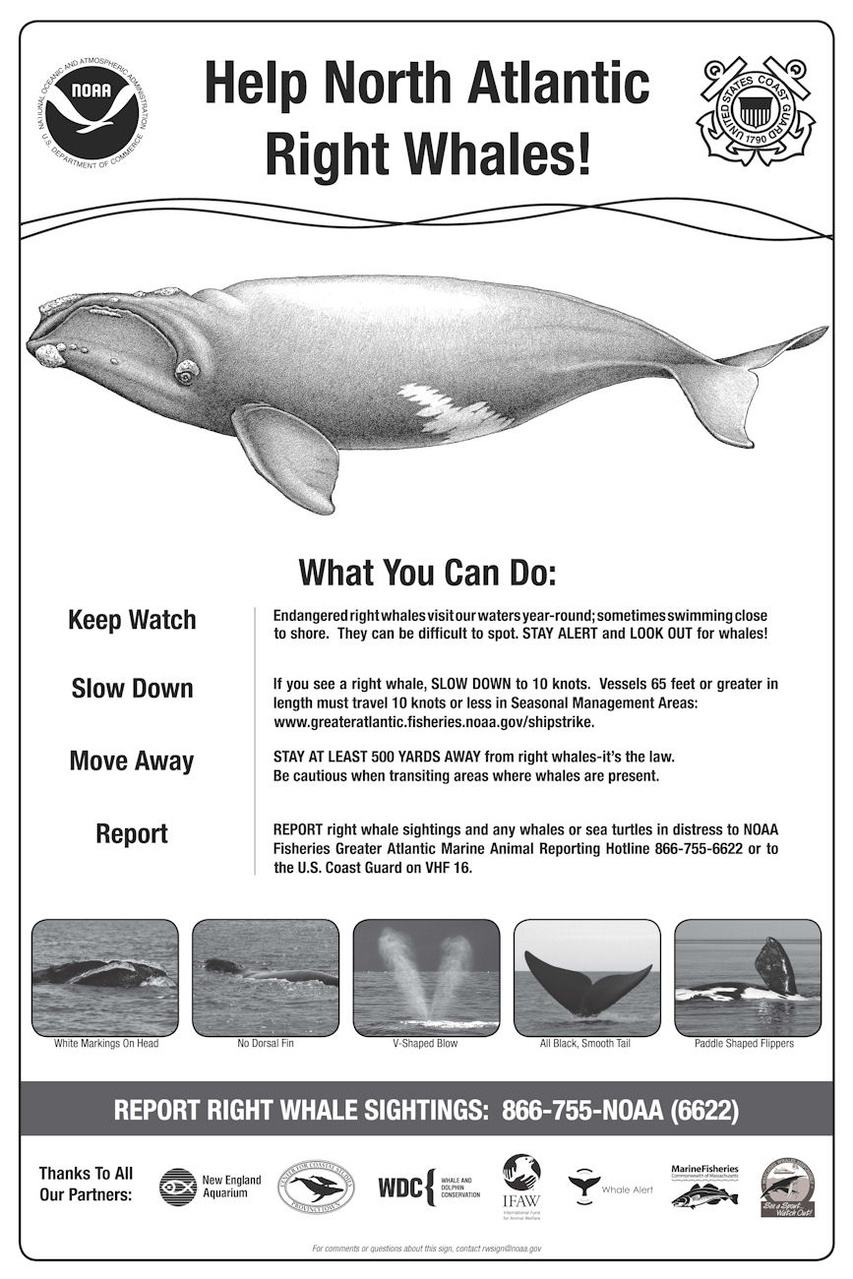 A sign asking the public to slow down around right whales and report any sightings.

In 2008, NOAA took steps to help protect these whales from being killed by vessel strikes by creating Seasonal Management Areas. These areas restrict vessels 65 feet (19.8 meters) and greater from traveling faster than 10 knots in certain locations) along the U.S. east coast at certain times of the year to reduce the threat of collisions with right whales.

The rule doesn't restrict ships from operating in certain areas, it just requires them to operate at slower speeds to reduce the odds of a lethal collision with a right whale.

As NOAA Fisheries Assistant Administrator Chris Oliver recently said, “It is the responsibility of the governments of the United States and Canada as well as the fishing and shipping industries in both countries to ensure that these whales have a safe place to live, feed, and reproduce for their survival.”

If it is determined a violation has occurred, OLE will coordinate with the NOAA Office of General Counsel Enforcement Section to issue a Notice of Violation and Assessment (NOVA) of civil penalties. A NOVA charges the respondent with a violation of laws and regulations, and assesses a civil monetary penalty for that violation.

Between 2012 and 2017, over 40 U.S. and foreign vessels were issued NOVAs for speed restrictions, one vessel in particular was fined over $190,000 for multiple violations.

Todd Nickerson, a NOAA Special Agent tasked with helping enforce the speed restrictions, said that NOAA initially focused on ways to educate mariners about the new restrictions and as a result there is widespread industry awareness among harbor pilots and captains. “They understand the conservation efforts behind the speed restrictions and they certainly don’t want the bad publicity that could result from a whale strike involving one of their vessels,” he said.

Last updated by Office of Law Enforcement on February 19, 2020