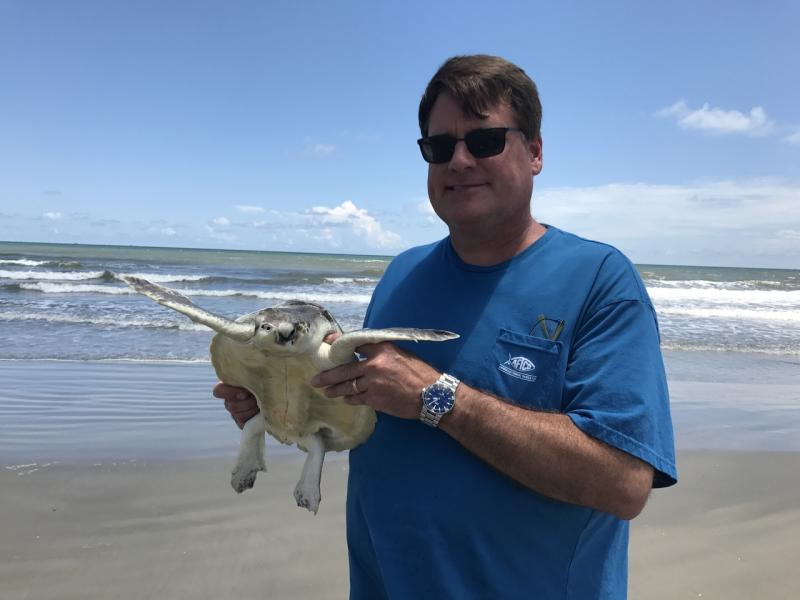 How long have you been working with sea turtles?

Ben: 26 years at the Galveston Lab, 24 with the sea turtle program. 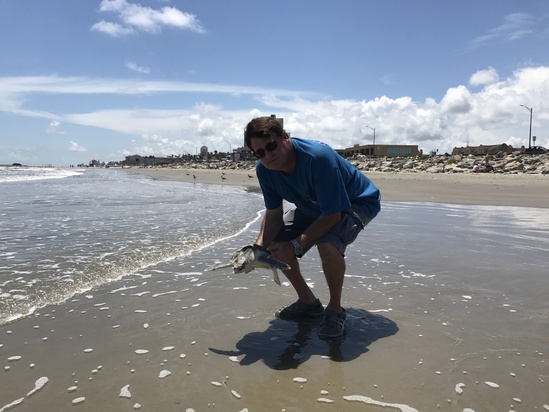 When did you know you wanted to work with sea turtles?

Ben: After a couple years as an offshore shrimp fishery bycatch observer, I was looking for a change. My degree is in fisheries and aquaculture, so captive reared sea turtles fit in with my expertise in aquatic life support systems. Turtles were supposed to be temporary, but the program needed more guidance and development than I had anticipated.

After 24 years, is there any one sea turtle that stands out? Why?

Ben: One turtle in particular. A stranded juvenile hawksbill came in tangled in an onion sack in the early 1990s. It had to have a flipper amputated and in the early 1990s three flipper turtles weren't released but sent aquariums for the rest of their lives.

We kept the turtle for several years until she was nearly full grown, but we couldn't offer her a permanent home. Keep in mind we rarely name turtles, but we named her Hemingway.

Hemingway was transferred to the Texas State Aquarium in the mid 1990s, but she didn't get along with the other turtles or divers. She was then relegated to a quarantine tank all by herself, which is sad way to spend the next 100 years of her life.

We now know that turtles with three flippers can survive just fine in the wild. In 2014, I had Hemingway transferred to the Moody Gardens Aquarium in Galveston where she was placed in their Caribbean Reef tank. We acclimated her to the reef environment and deeper water for a year, then the Flower Gardens Marine Sanctuary Program vessel took her offshore and released her on a coral reef at Stetson's Bank. She spent more than 20 years in captivity but finally got to be set free.

I've also had the privilege of collecting Kemp's ridley hatchlings at the primary nesting beach in Rancho Nuevo, Mexico. We raised them in captivity at the NOAA Fisheries sea turtle facility, tagged them and released them offshore in Galveston. I have even seen some return to nest more than 10 years later.