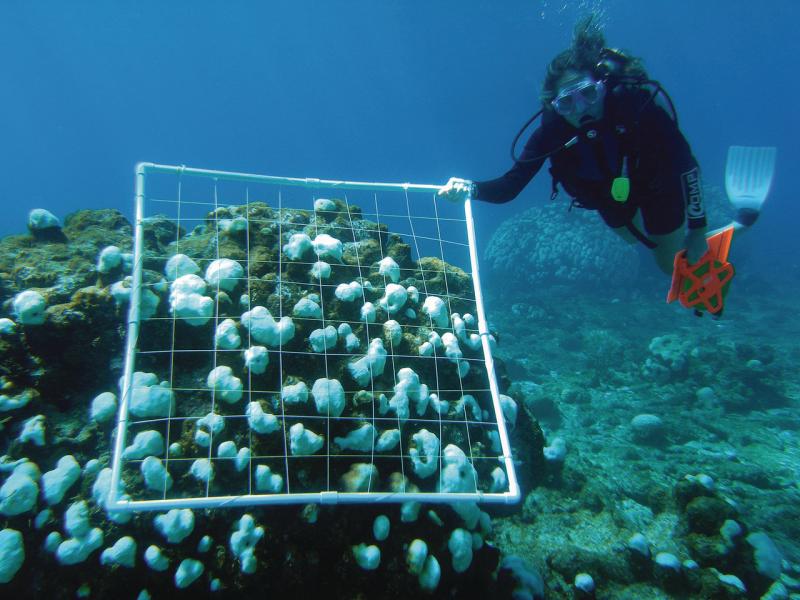 NOAA would like to thank the National Academies of Sciences, Engineering, and Medicine for completing the first phase of the Interventions to Increase the Resilience of Coral Reefs study. We look forward to reviewing the impressive interim report and incorporating the findings in the most effective way possible. The final report, which includes a risk analysis and decision-making framework, will be released this summer.

NOAA commissioned the Academies to review the current state of coral reef intervention science to address the urgent state of coral reef decline. An exceptional committee of twelve world-class scientists, including nine coral reef experts, a decision-making scientist, aquatic biologist, and a biochemist/microbiologist, accomplished the formidable task of synthesizing the science of this rapidly evolving field. Over the course of two public workshops and a webinar, they called in eight coral reef managers and 28 scientists to present cutting-edge research and interpret the state of the science. 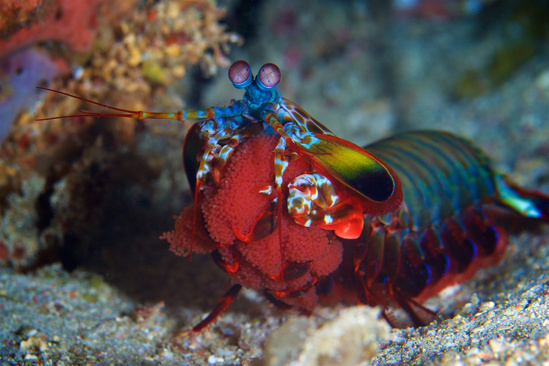 This mantis shrimp is one of many animals who depends upon the coral reef ecosystem for habitat. Credit:  Gregory Piper, Coral Reef Image Bank..

This 200-page comprehensive report reviews all current coral genetic, ecological, and environmental intervention strategies (e.g. managed selection, managed breeding, cryopreservation) known to-date. It’s a long list—demonstrating the considerable worldwide research effort that is taking place. Each of twenty-three intervention types is being studied and trialed by several researchers. In the report, each intervention type is concisely summarized with a brief description, benefits and goals, how the intervention is implemented, current feasibility, the potential scale of application, risks, limitations, and infrastructure needs.

There is a deep urgency to this global scale, ecological crisis. Yet, of the interventions reviewed, most of them have only been demonstrated in a laboratory or a coral nursery—this highlights an urgent need for additional research as well as small-scale field testing. Significant research and testing are needed to refine these interventions before any of them can be deployed at a large scale. This report lays the groundwork for coral scientists and managers to charge forward and conserve what we can of coral reefs for future generations. From the report itself:

The interventions discussed in this report have not been implemented beyond experimental scales in the ocean, if at all, making their efficacy and impacts uncertain. Adaptive management is thus important for assessing the readiness of interventions for implementation at meaningful scales and their ability to meet conservation goals.

...comparison of...expected risks and benefits to the more traditional interventions (e.g., pollution reduction or marine protected areas) and to the risk of doing nothing is an important consideration...

Coral reef ecosystems are extremely valuable (estimated globally at $9.9 trillion per year and $3.4 billion in the U.S. each year). They provide habitat for fish, economic benefits, and coastal protection—yet are severely threatened by rapidly deteriorating environmental conditions, including climate change. We have already lost 30-50 percent of the world’s reefs. By the end of the century, without significant intervention, tropical reefs could become the first example of a global ecosystem extinction due to ocean warming. 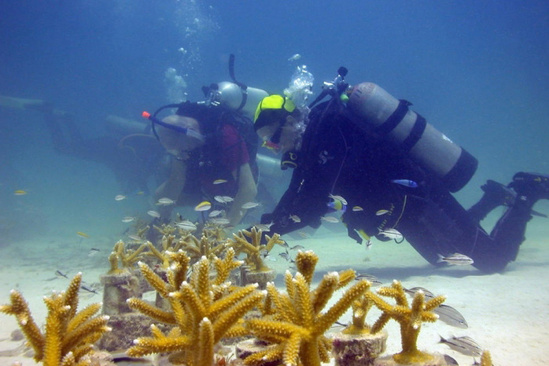 Coral restoration in the Florida Keys

But there is still hope! Interventions and restoration can help bridge the gap until ocean temperatures cool. Coral conservation has traditionally focused on reducing threats such as overfishing and excess nutrients. These efforts remain critical. But without restoration and novel interventions—such as preventing coral bleaching by local shading, seeding reefs with coral larvae, and breeding stress-tolerant corals—degradation will continue to outpace reefs’ ability to grow in current ocean conditions.

The first public engagement on this report will take place at the Reef Futures Symposium (Dec 10-14, 2018) to be followed by a special session at the 2019 Aquatic Sciences Meeting. This report will be followed by a second and final report in the summer of 2019. The final report will include a risk analysis, decision-making framework, identification of future research needs, and a case-use of the framework for a Caribbean reef.

This report could be used to direct future research funding, help manage threatened coral populations, and help jurisdictions plan smart, controlled, restoration experiments using some of these interventions. NOAA will continue to work with partners to address the urgent need for coral reef research and conservation to ensure the future of coral reefs, some of the most diverse ecosystems on the planet.