For the first time in at least 183 years, native alewife and blueback herring are swimming upstream beyond the former Tack Factory dam. 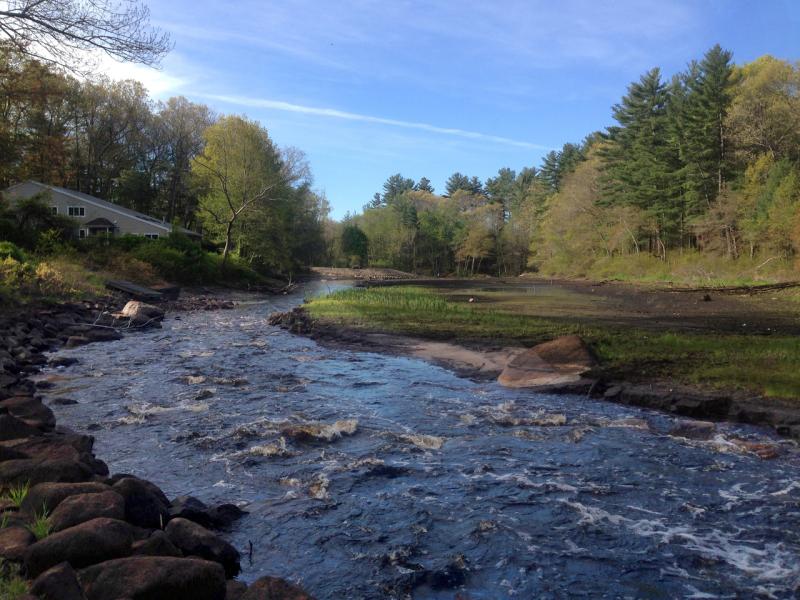 The first known dam on this site was built in 1677, and provided power for grinding grain and sawing lumber for a thriving ship-building town. In 1834, the dam was rebuilt by two brothers who founded a tack factory to serve the shoe industry. That business continued operations until the mid-20th century. The excavations revealed several major rebuilds and improvements during that time.

Today because electricity is readily available, we no longer need local hydropower to run our businesses. Removing these old dams restores rivers to their original free-flowing state, opening up much-needed spawning habitat. Next steps for Third Herring Brook are removal of the upstream Peterson Dam, and construction of fish passage to allowing the migrating fish access to the 59-acre Jacob’s Pond. Negotiations and project planning are underway. 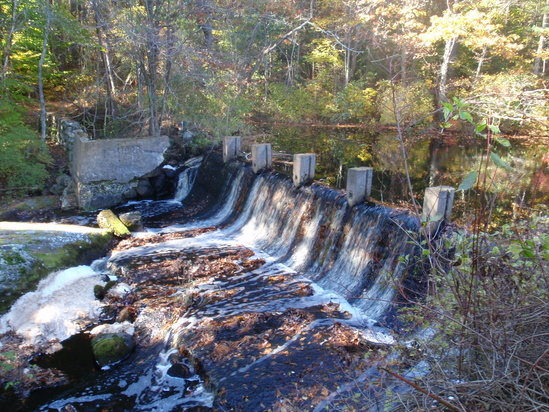 The Tack Factory Dam before removal in Norwell, Massachusetts.

In 1834, few could have imaged the collapse of the Northeast’s thriving cod fishing industry— driven to the brink of extinction by overfishing and degradation of forage fish habitat. Removing older dams like the Tack Factory helps support the recovery of our once-bountiful Atlantic fisheries. It also improves a coastal community’s resilience to floods and storms by increasing wetland habitat that helps buffer storms and floods.

While we no longer rely on the mill wheel to power local business, we do need a community that works together. With a common goal of returning fish migration to the Third Herring Brook, NOAA Restoration Center partnered with Massachusetts Division of Ecological Restoration, the North and South Rivers Watershed Association, MassBays National Estuary Program, Conservation Law Foundation, Trout Unlimited, YMCA, and dam owners Cardinal Cushing Center. These partners brought know-how, funding, and volunteers together to make a difference not just for fish, but for the entire community. The local economy and residents all gain from healthy natural resources that encourage outdoor recreation and attract business and tourism.

Last updated by Office of Habitat Conservation on August 04, 2022