Projects in Maine Improve Lake and Stream Habitat for Fish 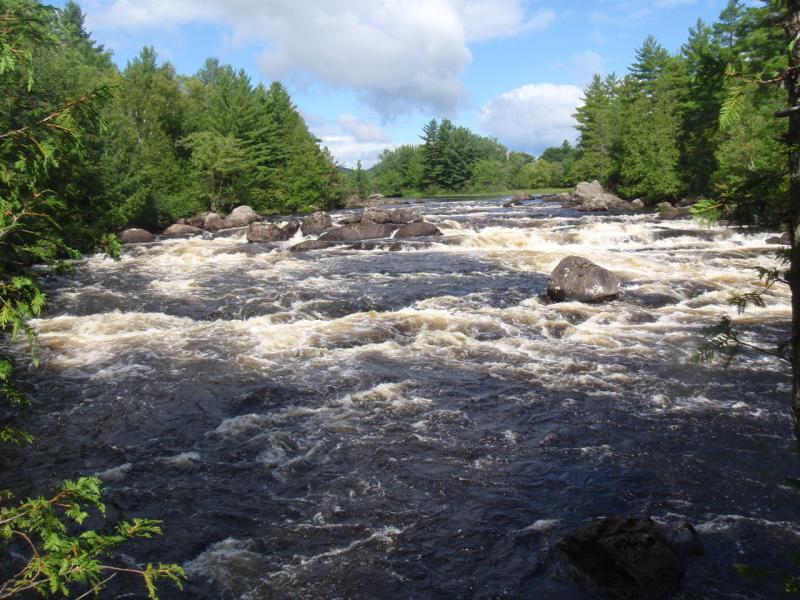 We have completed two landmark fish passage projects in the Penobscot River Habitat Focus Area. The benefits to migratory alewife fish are expected to be substantial due to the large amount of spawning habitat restored—a total of more than 3,100 acres—and 30 miles of stream habitat opened.

The projects, at South Branch Lake and East Branch Lake, are located on land owned by the Penobscot Indian Nation. Working with the Tribe and other partners, we removed decrepit dams that historically had been used when the Penobscot River watershed was used for lumber production.

The Penobscot River is home to eleven migratory fish species, including three listed under the Endangered Species Act. The river also hosts the largest run of Atlantic salmon left in the United States. But dams, barriers like road crossings, and water pollution have severely reduced numbers of many migratory fish in the watershed.

The dams were replaced with nature-like fishways. Removing the dams restored passage for sea-run fish including alewife, American eel, and Atlantic salmon.  At South Branch Lake, juvenile alewives have already been seen leaving the lake through the restored channel. The Maine Department of Marine Resources calculates we might see a return of more than 735,000 alewives each year to South Branch Lake and East Branch Lake combined.

Both dams were located upstream of other major dams removed as part of our ongoing efforts to restore the Penobscot River. Other partners in the South Branch Lake and East Branch Lake projects include the U.S. Fish & Wildlife Service and Natural Resources Conservation Service, the Atlantic Salmon Federation, and The Nature Conservancy. Both sites are expected to become venues for tribal cultural events.

Last updated by Office of Habitat Conservation on February 23, 2018