Harps seals are regular, if infrequent, visitors to New England shores. Remember to give our visitors their space, and allow them to rest undisturbed on beaches. 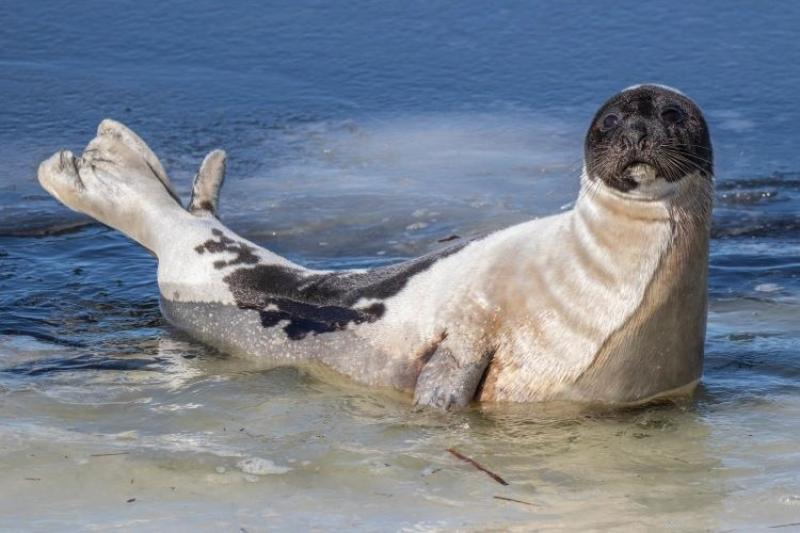 While we’re used to seeing harbor and gray seals in New England, sometimes we get seal visitors from the Arctic. In late winter, it’s not unusual—though it is rare—to see adult harp seals on our beaches.

Harp seals, named for the black pattern on the adults’ backs that early scientists thought resembled a musical harp, are true seals. They have short flippers, which they use to move in a caterpillar-like motion on land, and do not have external ear flaps.

Harp seals can dive up to 1,300 feet below the surface and remain underwater for about 16 minutes. They most commonly feed on capelin, Arctic cod, and polar cod, but will eat many kinds of fish and invertebrates. In fact, some have been found with more than 65 species of fish and 70 species of invertebrates in their stomachs!

Like other seals, harp seals “haul out” regularly in between their time in the ocean feeding and migrating. This means they come out of the water to rest on islands and beaches, often by themselves and not in large groups. Hauling out allows seals to regulate their body temperature, particularly after long dives. Hauling out on the beach allows seals to get rid of excess heat through their hind flippers and other surface areas. But sometimes, hauling out can invite unwanted attention.

It’s a call our marine mammal stranding response teams dread: A well-meaning person is trying to “save” a seal on a beach. Most recently, a healthy adult harp seal hauled out on a quiet New England beach for a nap.

Away from the action, we watched a Facebook livestream with growing anxiety. A person with a dog happened upon the seal, and was walking all around it. The person approached within feet, talking to the seal loudly while the dog barked nearby. The seal waved flippers, rolled on its back, and started eating rocks—all signs of stress. The person kept approaching, speaking at high volume, and was desperately seeking a bucket to pour water on it. 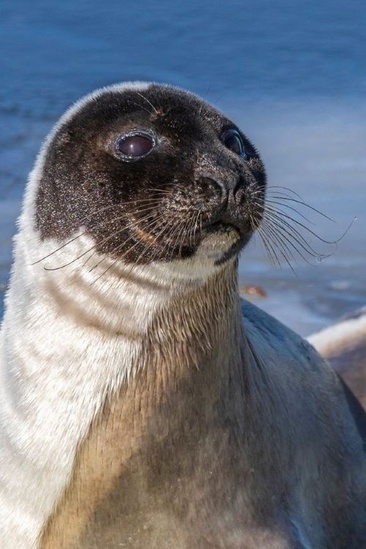 All the while, Facebook supporters provided well-meaning but bad advice. They suggested the person could feed it sardines because they misinterpreted this seal’s behavior. Since it was eating rocks (a common sign of stress in ice-eating harp seals), they thought it must be hungry. They also applauded the person for ignoring pleas from local officials to leave it alone or give it some space, and some even suggested moving the seal back to the water.

The story has a happy ending. A stranding response team member arrived and educated the well-meaning person with a pamphlet about seals, and normal resting behavior. The responder observed the seal and confirmed that this seal had a minor injury on a flipper and should be monitored, but did not seem to need any medical intervention at the time.

Sharing the Shore with Seals

While harp seals might be rare, seeing seals on Atlantic beaches is quite common. You can help us spread the word: share the shore with seals! Tell your friends, especially bird-watchers, dog walkers, beach walkers, and boaters! 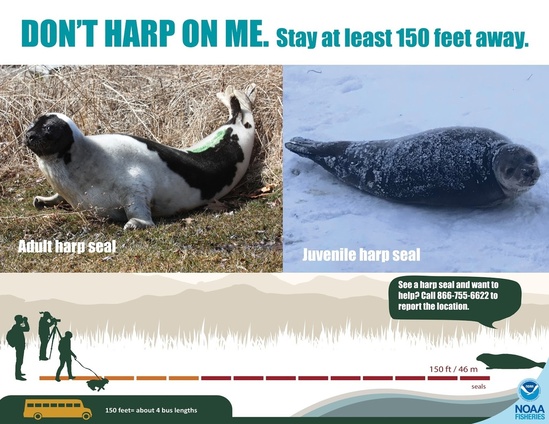 If you are concerned about a seal—if it looks injured or sick—call the NOAA hotline at (866) 755-6622 (NOAA) or your local stranding network. Stranding response organizations have dedicated, trained responders who care about the animals and know what to look for.