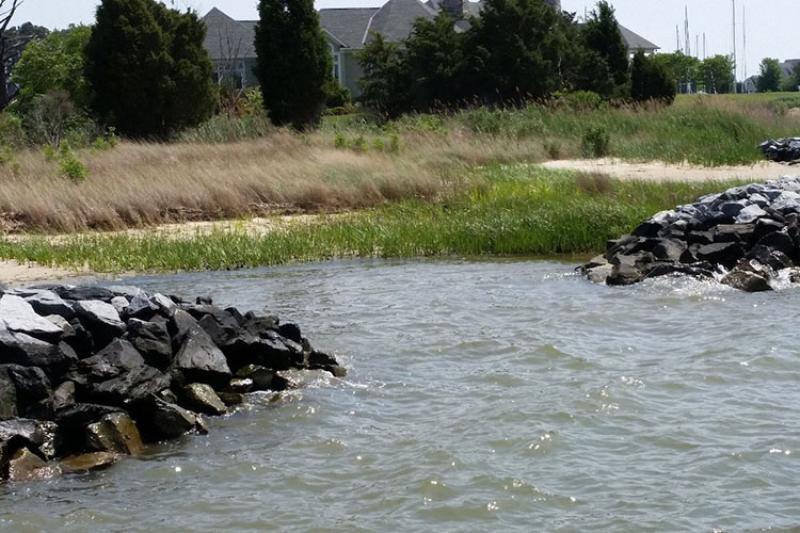 What if you could engineer a system that would keep your house clean, mow your lawn, and take out your trash with little to no effort? That’s the idea behind Engineering with Nature (EWN). But instead of tackling household chores, EWN uses Mother Nature’s own powers to tackle engineering projects, like maintaining beaches, protecting important roads and structures, and restoring and protecting fish and wildlife habitats.

The Habitat Conservation Division regularly works with the U.S. Army Corps of Engineers (Army Corps) to ensure Army Corps engineering projects include natural and nature-based features such as native plant communities, wetlands, seagrasses, and other habitats important to fish and shellfish and use natural processes such as sediment accretion. For example, many bay shorelines need protection from strong forces, such as waves, propeller wash/wakes, and currents that can erode the shoreline. Through EWN, we can use features like living shorelines to help provide this shoreline protection in a way that also benefits fish and shellfish. A living shoreline includes plants or other living, natural “soft” elements alone or in combination with some type of harder shoreline structure (e.g. oyster reefs or rock sills) for added stability.

EWN elements such as living shorelines use natural processes to be more efficient, while enabling the coastal environment to naturally adapt to changing conditions. Living shorelines can protect, restore and enhance shoreline habitat in a sustainable way that reduces the need for further human involvement. They help reduce erosive energy and trap sand and other sediments to protect and enhance beaches and wetlands. Living shorelines also provide a more natural connection between the water and land. Using living shorelines creates a better habitat for fish and wildlife than areas found along traditional hardened shorelines like seawalls and revetments.

With EWN, the power of currents moves sand and sediments from one location to another. Sand removed from navigation channels and placed in selected offshore areas moves onshore more naturally, restoring beaches, shallow water habitats and spawning areas for horseshoe crabs.

Testing It Out in Philly 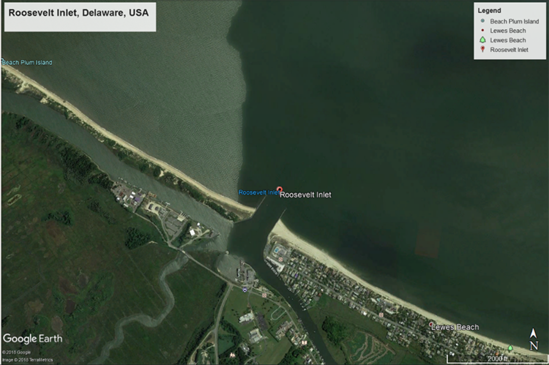 The Army Corps’ Philadelphia District was selected as a “testing ground" for EWN. The Philadelphia District includes Southern New Jersey, Delaware, and portions of Pennsylvania. As part of the EWN program, the Philadelphia District is working with us and other federal and state agencies to find ways to use existing natural actions and forces to keep shipping and recreational boating channels open, restore wetlands, and protect communities from flooding. Because many types of fish and shellfish such as striped bass, American shad, summer flounder, black sea bass, and oysters are found in the coastal waters, wetlands, and rivers of Delaware, New Jersey, and Pennsylvania, it is an excellent area for testing different strategies and techniques. 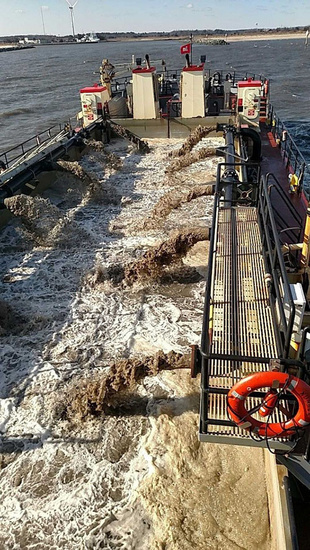 The Roosevelt Inlet Dredging and Beneficial Use Project in Sussex County, Delaware is an example of a recently completed EWN project where use of the natural currents of the Delaware Bay are restoring beaches. The Army Corps’ dredge, the Murden, removed the sand that had built up in the inlet, making it treacherous for boaters, and placed it just offshore of the beach near the inlet. Over the next few seasons, we expect the currents of Delaware Bay to move the sand onto the shore and build up the beaches. Beachgoers and fishermen will enjoy the restored beach area, as will horseshoe crabs and shorebirds, who rely on this habitat for egg-laying and feeding along their migratory routes. Of course, boaters are also happy because they can safely navigate the inlet once again.

In other locations, oyster castles and shell bags are being used along shorelines to capture sediments to build beaches for horseshoe crabs and shorebirds and to protect wetlands while also providing habitat for oysters to grow. In fact, across the bay from the Roosevelt Inlet, a project at Thompson Beach in New Jersey uses shell bags (and low-profile reefs) to capture sediments and restore the beach and intertidal habitat. The shell within the bags also creates unique and complex habitat for many critters, including fish, crabs, and mussels.

While we are committed to recommending use of EWN wherever possible, there are challenges to overcome. Finding projects that benefit from the power of Mother Nature can be tricky. The needs of coastal communities, the protection of fish and fish habitat, costs, and benefits must all be considered. However, we are committed to examining each project for ways to engineer with nature, as we believe these projects last longer, are more cost-effective, and are better for the overall environment. 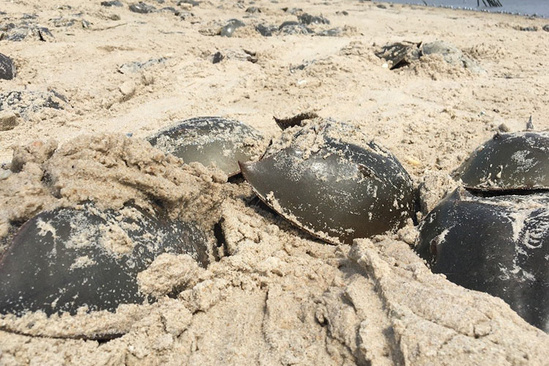