NOAA is working with state partners on living shoreline projects in the Gulf of Mexico—restoring and creating resilient coastal habitats and communities damaged by the Deepwater Horizon oil spill. 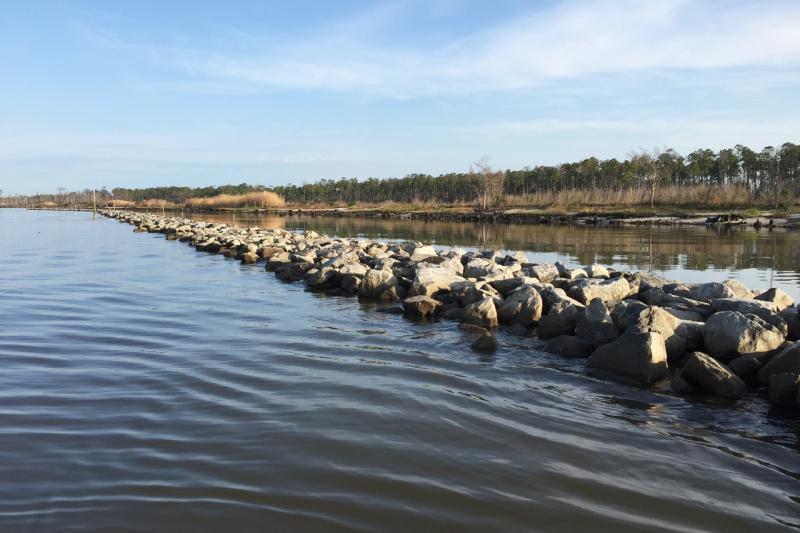 Rocks and oyster shells placed in front of marshes create habitat and protect the shoreline.

As part of NOAA’s work restoring the Gulf of Mexico’s natural resources after Deepwater Horizon, we’re partnering with three states to build living shorelines on the coast.

Natural infrastructure solutions like these create new fish and wildlife habitat. They also protect other coastal habitat and communities.Together, these three projects will restore more than 60 acres of marsh and 66 acres of reef habitat. This will make up for some of the damages from the 2010 oil spill.

In the Gulf of Mexico, oil spills aren’t the only threat to coastal habitat. Shorelines, marsh and barrier islands normally protect habitat and communities. Storms and sea level rise, as well as industrial infrastructure, have deteriorated these habitats.

The cost to repair hard infrastructure is high—and an estimated 16 percent of the Gulf of Mexico’s coastline is hardened. Yet, living shorelines tend to cost less to install and maintain. With potential for more rainfall and more intense storms in the future, restoring and protecting natural infrastructure can in turn protect communities on the coast. 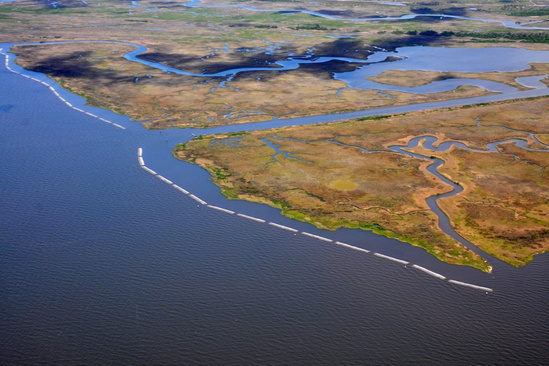 Aerial view of how living shoreline breakwaters are protecting marsh habitat in Mississippi.

With the Alabama Swift Tract living shoreline project, NOAA led installation of natural barriers made of rocks and shells, called breakwaters. They will stabilize shorelines and create new habitat in Bon Secour Bay. More than a mile and a half of new breakwaters are absorbing wave energy and reducing shoreline erosion. Now they’re developing into healthy oyster reefs . These reefs are supporting shellfish and other invertebrates that filter water, and provide food for fish and wildlife and other species.

The Hancock County Marsh living shoreline project included construction of six miles of breakwater. It also constructed 46 acres of oyster reef habitat in Heron Bay to create similar habitat in Mississippi. We’ll also create 46 acres of marsh behind the breakwater. This will protect it from erosive wave energy in the Mississippi Sound. We’re currently monitoring success of this project and results are showing success.

Pensacola Bay, Florida will have four acres of new natural breakwaters at an area called Project Greenshores II. This will reduce wave energy, provide oyster reef habitat, and protect marsh. Additionally, there will be construction of up to eight acres of salt marsh habitat along this urban shoreline. Like most of our restoration projects, extensive stakeholder outreach helped to ensure we got it right for the community. Final design and pre-construction monitoring are underway and the project is planned to be constructed in 2020.

With each of these projects, we’re working closely with state natural resource Trustee agencies. We're also hiring private sector firms with offices and staff in Gulf Coast communities to take on some of the work, supporting blue economy jobs along the way. 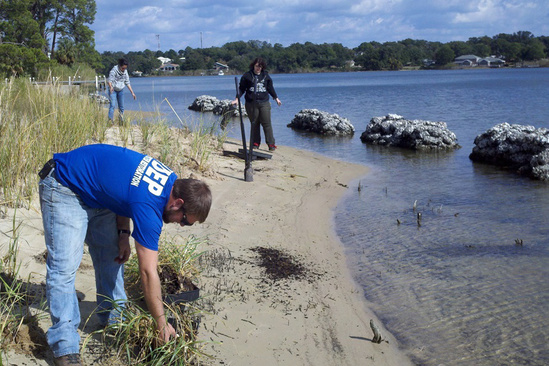 Partners plant grasses along a Pensacola Bay shore protected with new reefs for oysters and other shellfish to grow. Photo: Florida DEP

Despite 90 mile-per-hour winds and four feet of flooding in New Smyrna Beach, on Florida’s Atlantic coast, another NOAA living shoreline project showed no visible damage after Hurricane Matthew in 2016. Meanwhile, at least half the hard shorelines nearby were damaged. Similar post-hurricane living shoreline successes were documented at our Pivers Island project in North Carolina.

In the Gulf, as land loss and other coastal threats continue, these types of solutions could stand out as critical to protecting ecosystems and making communities more resilient. 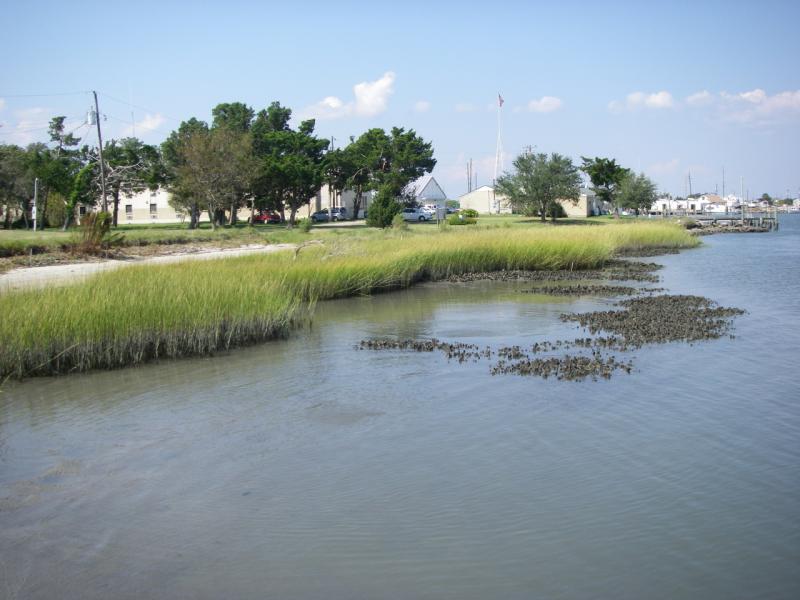 Last updated by Office of Habitat Conservation on June 03, 2021