Projects will leverage funds from damaged resources at two contaminated sites nearby. 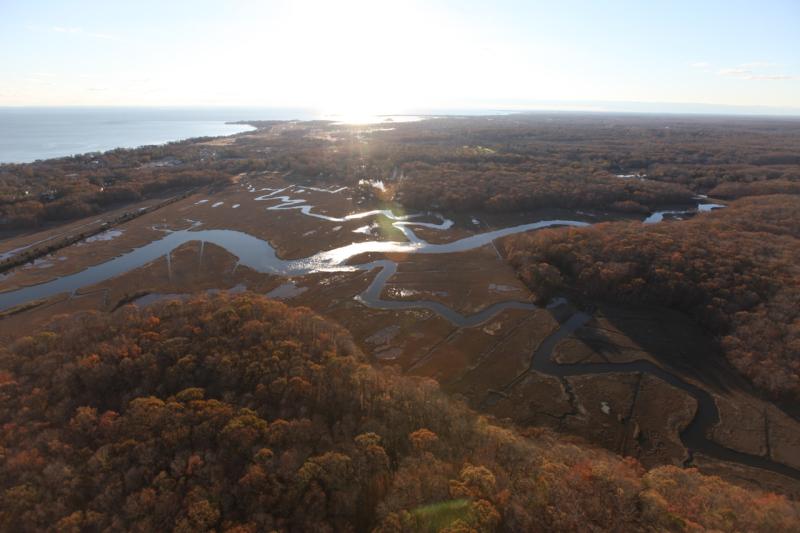 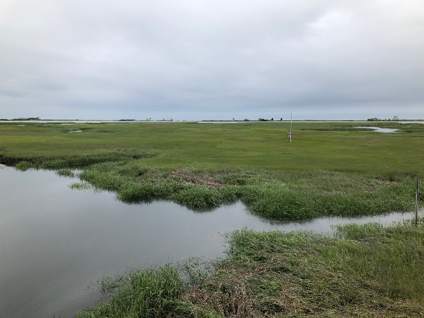 Preparation for restoration includes surveying different aspects of the marsh in the Great Meadows Unit.

The two contamination releases, although different natural resource damage cases, are in close proximity to one another and resulted in similar injuries, so the Trustees are focusing on restoration at one location in the NWR’s Great Meadows Marsh Unit in Stratford. This combined restoration will leverage funds to implement a larger, more impactful project, than if restoration activities were kept separate. 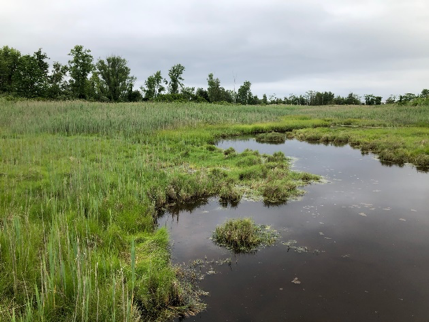 Habitat restoration in the Great Meadows Marsh Unit will include removal of invasive species, and improvements to poorly-drained marsh areas like those shown here.

Estuaries and salt marshes not only provide vital habitats for fish and wildlife, they also serve as sites to trap sediments, sequester and transform excess nutrients and other pollutants, and reduce storm energies to protect local communities. Restoration here will increase the marsh’s area and elevation to respond to sea-level rise, and its benefits to the ecosystem and services to the local community such as reducing nuisance mosquito populations.

To engage the public and stakeholders, the Trustees including NOAA, the U.S. Fish and Wildlife Service, and the Connecticut Department of Energy and Environmental Protection coordinated with agency staff, town officials, and local conservation organizations, conducted site visits and held a public meeting to get input on the draft plan. The Trustees incorporated public input into the Final Restoration Plan.