Learn about Uvi Ajavon's current job duties, her educational background, where she grew up, and what inspires her. 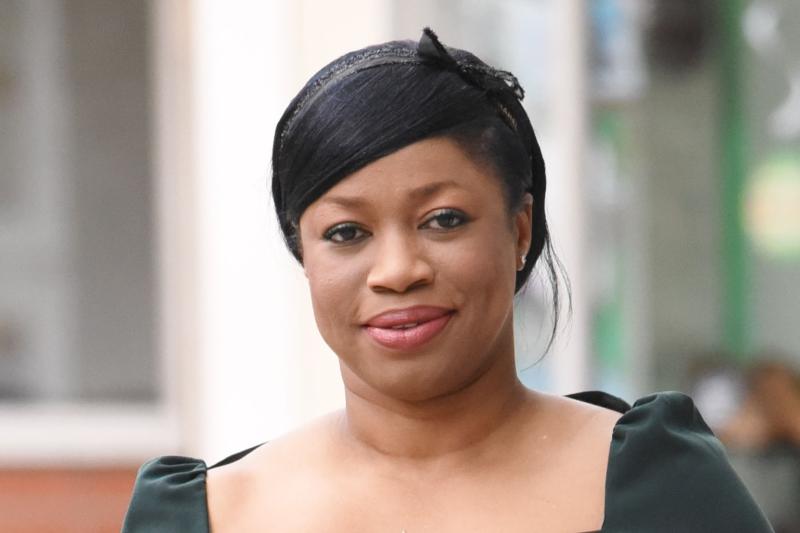 I’m the point person for the data access agreement program for the Greater Atlantic Regional Fisheries Office (GARFO) in Gloucester, Massachusetts. My job is to make sure our management partners and NOAA grantees have the necessary agreements in place to allow them to access fisheries information for their management and research. The agreements are also essential to protect the confidentiality of fisheries information. I also play a main role in implementing GARFO’s Limited Access Qualification and Landings History Programs. I research ownership and permit changes and provide the landings information that accompany those changes and histories.

My journey to civil service was a bit longer than most! I was born in Lomé, Togo, a German colony in West Africa. Lomé, the capital, is a coastal city noted for its beautiful sandy beaches. Togo saw many European influences including German, English, French, and Portuguese. Besides English, I also speak French, the official language in Togo, and Mina, my native language.

Togo had become a dictatorship before I was born. My family has a long history of opposition to the Togo dictatorship, and my father, a newspaper publisher, was jailed for his strong opposing views. Both of my parents have been instrumental in my life. My dad demanded excellence in academics and taught us the importance of standing up for your beliefs. My mom, Stella, is my biggest supporter. Through her example of running her own business and sending five children abroad for school, she taught me not to give up, ever. No matter the circumstances, as long as you are alive, you have to keep trying. I also emulate the mother she is to all five of us. I admire anyone who doesn't give up no matter the hardship or adversity they go through.

I graduated from a two-year computer science program at ESIBA Business School. Then, I worked for a private company for three years before starting my own small business with my brother. We distributed computers, printers, copiers, some office supplies; provided training on software; and worked on marketing and corporate branding.

Coming to the United States

Although we were doing okay, I grew weary of the political unrest and always looking over my shoulder. By the mid-1990s, I had enough and needed to get out. I wanted to go to the most democratic country one can dream to live in, the United States. In 1998, I was fortunate enough to win a green card through the Diversity Immigration Program established by the Immigration Act of 1990. This program offers legal immigration to people of countries of low immigration rates to the U.S.

In 1999, I made my dream a reality and moved to Silver Spring, where I moved in with a relative.  I earned a Bachelor of Science degree from University of Maryland Eastern Shore School of Engineering, Mathematics, and Technology. While a student, I did some tutoring and also maintained a database of statistics for one of my professors.

Internship with NOAA Fisheries in the Greater Atlantic Region

I applied to graduate school and for an internship at  what is now the Greater Atlantic Regional Fisheries Office. I spent 10 weeks working in the  now Analysis and Program Support Division in Gloucester. After the summer ended, I was ready to start graduate school, but then I received an offer to work on a one-year contract for the Days-at-Sea program. At the time, I wasn’t a citizen, and so could not apply for a federal job, but I knew that’s where I wanted to be. So I took the job, and then became a citizen. After another one-year contract with NOAA in Silver Spring, I was hired in Gloucester in 2006 and have been here ever since. Because Gloucester reminds me a lot of my hometown Lomé (except the cold winter seasons), I feel at home here.

Two professors really influenced my decision to become a civil servant. My statistics professor and advisor Annette Noble had attended a summer teacher’s program at the Northeast Fisheries Science Center and recommended that I consider NOAA Fisheries. My software engineering professor, George Wooley,  who had retired after a long career at the NSA, also recommended federal employment.

Women’s History Month is the celebration of women’s excellence and resilience. It's a way of remembering inspirational women, important events, and people in the community. Being a career civil servant is aligned with my personal beliefs of being of help to others. It's important to me to contribute to the society that welcomed me.

With a civil service career, you can achieve your passion, be instrumental in helping your community, and enjoy a comfortable and flexible life. There are opportunities for continuing education, as well as for experiencing different locations or agencies. The advice I would give to anyone starting out is to stay focused on your goals and to seek out other women career civil servants. I have been blessed to have met a community of wonderful women here at GARFO and am grateful to them for their guidance and unwavering support.