The United States is required to identify nations for Illegal, Unreported, and Unregulated Fishing (IUU fishing), and/or bycatch of protected living marine resources or shark catch on the high seas for nations that do not have regulatory measures comparable to the United States in a biennial Report to Congress. Identification is the first step in a three-step process. Through amendments, the Act now allows an analysis of three years of data for IUU fishing, bycatch, and shark catch on the high seas. 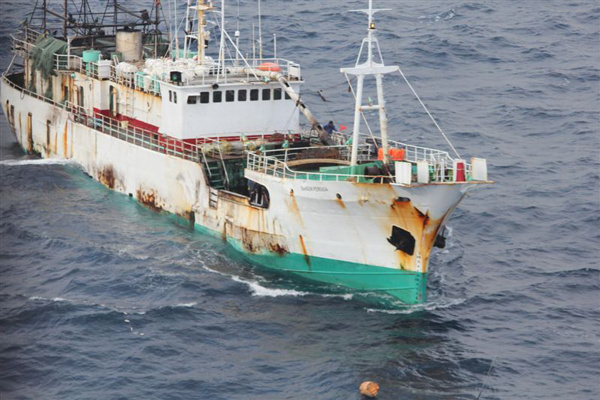 Once a nation is identified, we enter a 2-year consultation process to encourage that nation to take necessary measures to address the issue for which it was identified. Following these consultations, NOAA Fisheries determines whether to negatively or positively certify the identified nation in the next report to Congress. A positive certification is issued if the nation has provided evidence of actions that address the activities for which it was identified. A negative certification may result in denial of U.S. port access for fishing vessels of that nation and potential import restrictions on fish or fish products.

Three nations (Mexico, Ecuador and the Russian Federation) that were identified in the 2017 Report for reported IUU fishing activities have since taken actions to remedy those activities which has resulted in a positive certification decision for each nation from the United States.

Three nations were identified as having vessels reported to be engaged in illegal, unreported, and unregulated activity during 2014–2016. On behalf of the United States, NOAA Fisheries will consult with each nation to encourage action to address these activities.

Ten nations whose vessels were engaged in illegal, unreported, and unregulated fishing were identified in the Report to Congress. The United States successfully worked with these nations, each of which took the appropriate corrective actions and received positive certifications in the 2015 Report to Congress for their IUU activities.

The Shark/IUU Fishing Final Rule (2013) implements the international provisions of the Shark Conservation Act. This regulation specifies procedures for identifying and certifying nations whose vessels target sharks on the high seas. It also amends the definition of IUU fishing to help ensure a comprehensive approach to addressing unsustainable fisheries activities of greatest concern to the United States.

The IUU Fishing/Bycatch Final Rule (2011) establishes procedures for the identification and certification of nations whose vessels are engaged in IUU fishing or bycatch of Protected Living Marine Resources.

For more information on the international provisions of the MSRA and implementation of the Moratorium Protection Act, please contact Kent Laborde (kent.laborde@noaa.gov), Office of International Affairs and Seafood Inspection.