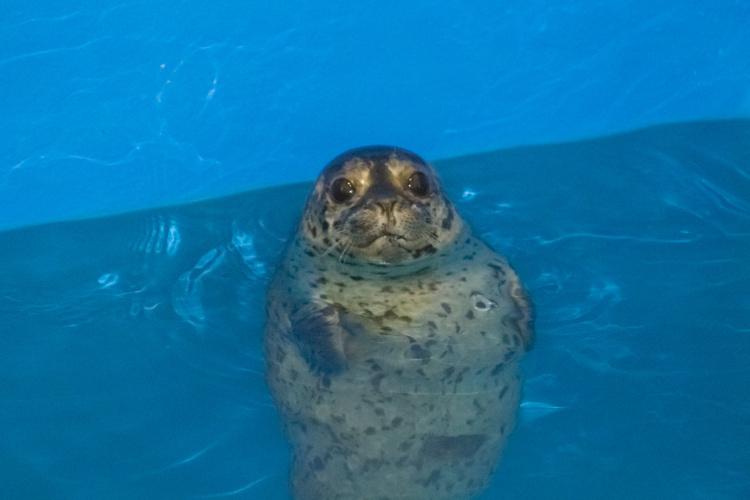 Marine mammal specialists from NOAA Fisheries Alaska Region and the Alaska SeaLife Center will release a female Pacific harbor seal pup in Juneau early next week. "Heli" was rescued from a beach near Lawson Creek on Douglas Island earlier this year.

Staff from NOAA Fisheries' Marine Mammal Stranding Program captured the seal pup July 20, after it was determined she had likely been abandoned by her mother. At the time, the pup was lethargic, had open wounds on her face and upper body, and would not have been able to survive on her own.

Following a successful rescue, the pup was transported to the Alaska Sea Life Center in Seward, where she has learned to fend for herself.

Earlier this month staff at the Alaska SeaLife Center determined Heli is ready to resume a life in the wild as an independent seal, and began working with NOAA Fisheries to coordinate her release near her original location.

The Alaska SeaLife Center has named all of their releasable animals this year after types of sharks. The name Heli is short for Helicoprion — a prehistoric shark ASLC featured in a special summer exhibit at the center.