Juneau, AK - An orphaned harbor seal pup is in stable condition at the Alaska SeaLife Center (ASLC) in Seward, after being picked up from a Douglas Island beach earlier this week. 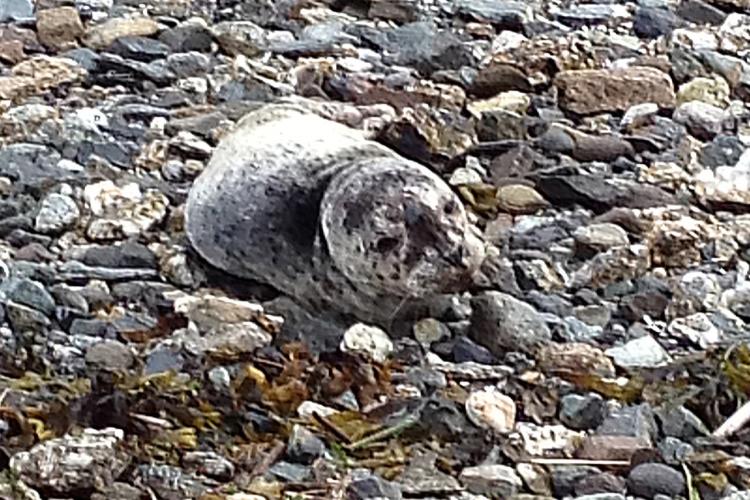 Juneau, AK — An orphaned harbor seal pup is in stable condition at the Alaska SeaLife Center (ASLC) in Seward, after being picked up from a Douglas Island beach earlier this week.

When NOAA Fisheries marine mammal experts received a call late Monday morning from two Douglas residents that there was a lone seal pup on the beach near Lawson Creek, they responded immediately.

"We arrived on the scene within minutes, and found the pup was in poor condition," said Sadie Wright, wildlife biologist for NOAA Fisheries Alaska Regional Office. "She was lethargic and thin, and had multiple wounds on her face and upper body, likely from predator attacks."

"When we saw her condition we immediately coordinated with the Alaska SeaLife Center to transport her there for care," said Kate Savage, a veterinarian for NOAA Fisheries. "She was one of a number of seal pups very recently reported abandoned in Southeast. It’s unusual to get pup reports this late in the summer, but it’s been a very unusual marine mammal year in many respects."

Caregivers at the Alaska SeaLife Center report the pup’s temperature is fluctuating. Her multiple wounds are infected and there may be underlying bone damage. They are treating her with antibiotics and rehydrating her orally.

"She weighed only 16.5 pounds upon her arrival here," said Alaska SeaLife Center’s Dr. Carrie Goertz, staff veterinarian. "We are doing everything we can to nurse her back to health; however, her prognosis is guarded given the extent of the wounds. If she recovers and passes both medical and behavioral tests, she will be released back into the wild this fall near her original location."

The Alaska SeaLife Center operates a 24-hour hotline for the public to report stranded marine mammals or birds, and encourages people who have found a stranded or sick marine animal to avoid touching or approaching the animal. Call first! (888)-774-SEAL.