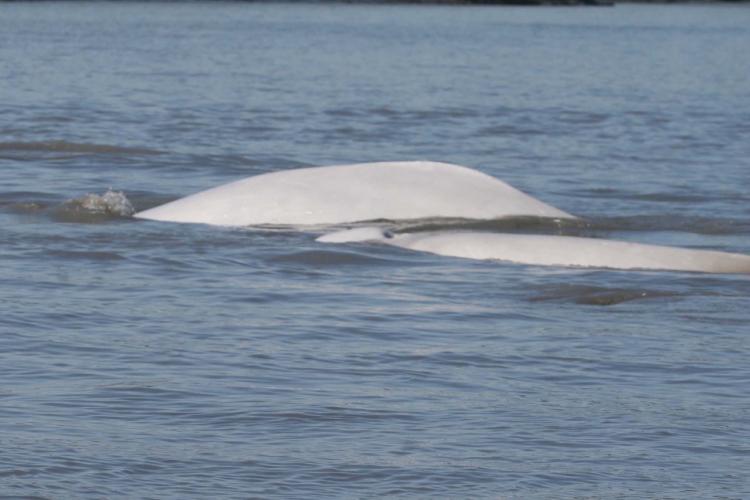 NOAA Fisheries released today its biennial population estimate for the endangered Cook Inlet beluga whale. Scientists determined that the population size is between 279 and 386 animals, with a most likely estimate of 328 animals. The estimate is derived from data collected during a June 2016 aerial survey. The previous estimate, from 2014, was 340 animals.

Estimates can vary from year to year due to changes in abundance from births and deaths, and may also vary based on weather or oceanographic conditions during the survey, changes in beluga behavior or distribution, and statistical variability in the data.

Scientists from NOAA’s Alaska Fisheries Science Center have been conducting aerial surveys of Cook Inlet for more than two decades to estimate the population of beluga whales. From a small airplane, scientists look for and count beluga whales and make video recordings of the whale groups.

They then analyze the video and observer counts to produce a broad-scale picture of the whales’ distribution and abundance in the inlet in early June.

Late spring and early summer is when belugas concentrate near river mouths or shallow tidal bays in the northernmost reaches of Cook Inlet, where it is likely they feed on migrating fish, especially eulachon and salmon.

Reports on the survey and the analysis are available online.