On The Line is a NOAA Fisheries podcast about marine fish and wildlife and their ocean habitats, with stories from people who study, manage and protect these valuable resources on behalf of the American public. Each podcast comes with photos and a short web feature story. 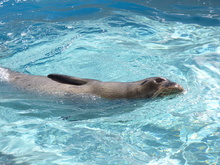