Unusually warm temperatures across the eastern Pacific Ocean in recent years drained the food web of many energy-rich plankton that small forage fish feed on, leaving them to instead consume the marine equivalent of less nutritious junk food, a new study reports. 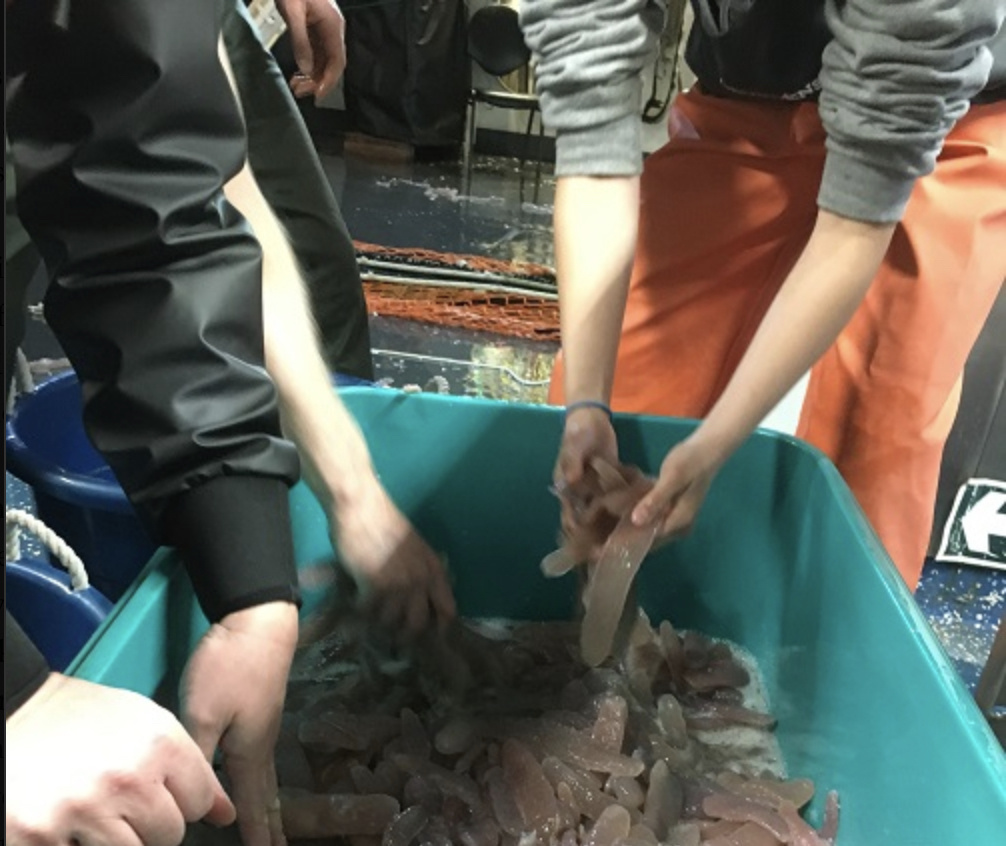 Unusually warm temperatures across the eastern Pacific Ocean in recent years drained the food web of many energy-rich plankton that small forage fish feed on, leaving them to instead consume the marine equivalent of less nutritious junk food, a

Anchovy, sardine, herring and other forage fish consumed much higher quantities of “gelatinous zooplankton” such as small jellyfish and similar organisms that are not generally considered suitable prey for such fish because of their low energy content, scientists reported in the journal Marine Ecology Progress Series.

The researchers from NOAA Fisheries and the University of North Carolina compared the stomach contents of fish collected during recent unusually warm years such as 2015 and 2016 with samples collected during relatively cool years such as 2010 and 2011. In both warm and cool years the fish preyed on plankton such as tiny crustaceans called copepods and euphausiids, but in the recent warm years, they consumed much a much higher proportion of the low-energy gelatinous plankton. Plankton and trawling samples collected during the same period showed a general shift in the food web from a system dominated by crustaceans to gelatinous organisms.

The study opened a window on the way changing ocean conditions reverberate through the ecosystem, with the scientists concluding that, “some forage fishes may utilize this prey in the absence of more preferred prey resources during anomalously warm ocean conditions.”

A direct result of feeding on the less-preferred diet was that during the warm years, the fish were smaller and in poorer body condition, likely because they took in less productive food and grew more slowly, the scientists reported.

“For a given size, they weren’t as well fed,” said Richard Brodeur, research fisheries biologist with NOAA Fisheries’ Northwest Fisheries Science Center. “They just weren’t getting their preferred food, so they did not have the same amount of energy to grow and sustain themselves.”

Scientists are still unraveling the effects of the anomalously warm ocean conditions that dominated the eastern Pacific from 2014 into 2016, and became known as the “warm blob,” leading to persistent high temperatures and low plankton production from the California Coast into the Gulf of Alaska.

It’s not clear how the unusually lean forage fish affected the rest of the food chain, including higher predators from salmon to whales that often consume these fish. Brodeur noted, though, that several species of birds that typically feed on organisms such as these forage fish experienced die-offs along the West Coast. In addition, California sea lion numbers declined as mothers struggled to find sufficient food for their young, said Brodeur.

“We need a better understanding of the linkages between forage fish and their predators so that we can anticipate and mitigate the ecological impacts of warming events, such as the warm blob, which are expected to increase in frequency and intensity,” said Mary Hunsicker, co-author and research ecologist with the Northwest Fisheries Science Center.

“It wasn’t just these fish that were having a hard time,” Brodeur added. “We saw negative effects of the warm blob on multiple trophic levels throughout the California Current.”