This report provides data and information on corals, reef fish, and ocean conditions around the islands and atolls of American Samoa collected during research missions in 2002, 2004, and 2006. 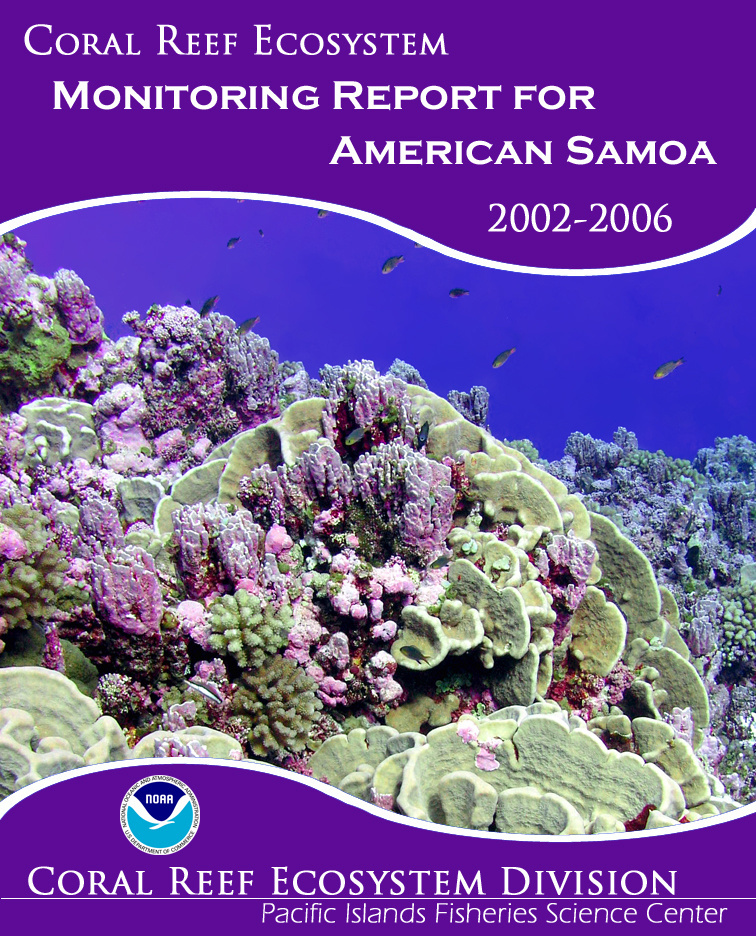 The vast quantity of ecosystem information collected during the three ASRAMP surveys has been processed and analyzed to provide user-friendly visuals, maps, and discussion in this report. The integrated ecosystem observations are consistent with and comparable to other Pacific RAMP observations in the Hawaiian Archipelago, the Territory of Guam, the Commonwealth of the Northern Mariana Islands, and the Pacific Remote Island Areas. The monitoring report provides an opportunity to better understand the condition and health of the coral reefs of American Samoa relative to other reefs across the U.S. Pacific region.

The Pacific Islands Fisheries Science Center leads annual coral reef ecosystem surveys in different regions by working with with key partners from other NOAA offices, federal, state, and territorial agencies, academia, and non-governmental organizations. In particular, late Governor Sunia and Governor Tulafono, and the many individuals of the American Samoa Coral Reef Advisory Group agencies played pivotal roles in planning and implementing all three surveys discussed in this report.