The Human Dimensions of Wildlife Disease

New resource discusses how managers can apply social science to better respond to and communicate about wildlife disease to the public. 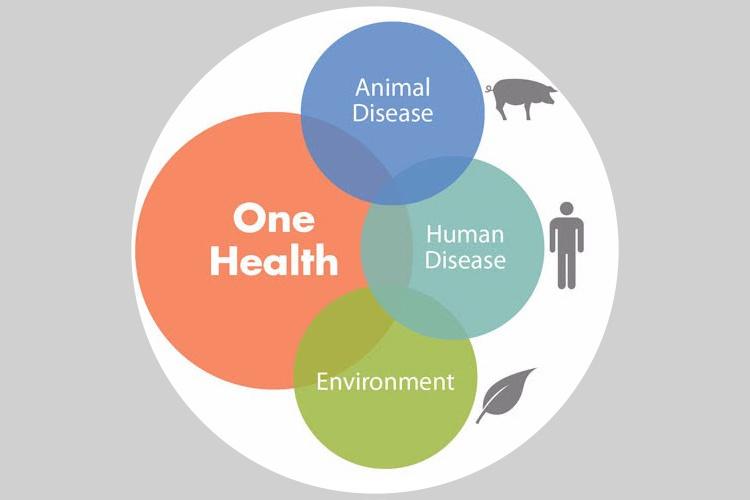 We first started talking about the need for a new human dimensions chapter for the updated U.S. Geological Survey’s Field Manual of Wildlife Diseases more than 5 years ago. At that time, I had no idea that (a) it would take so long for the chapter to come together, nor (b) that it would finally be ready for release during a zoonotic disease pandemic. Zoonotic diseases are infectious diseases that are shared between animals and humans. It is generally accepted that the virus SARS-CoV-2, which causes the disease COVID-19, originated in wildlife and crossed over to humans. The exact mechanism is still unknown. SARS-CoV-2 evolved to spread from human-to-human, but many of the human dimensions considerations outlined in our wildlife disease chapter still apply.

The links between human and animal health have been recognized since the 19th century. Yet, an international interdisciplinary approach to holistically address human, animal, and environmental health did not emerge until the 21st century, under the term One Health. NOAA One Health released a story map last year describing how NOAA supports a healthy nation. Our new chapter contributes to NOAA's One Health efforts.

About three out of four new infectious diseases in people come from domestic animals and wildlife. They typically infect people in several ways:

Sometimes people are more concerned about effects of a disease on native wildlife and domestic animals used for food, fiber (silk, fur, and feathers), or companionship than about human infections. One prevalent example in Hawaiʻi is toxoplasmosis, which is one of the leading causes of death for the endangered Hawaiian monk seal. Although people can also contract toxoplasmosis, human health concerns are less controversial than animal management. The Toxoplasma disease organism only reproduces in cats and is spread through their feces. Managing outdoor cats as predators of native wildlife is already highly controversial. Managing toxoplasmosis has the collateral impact of linking monk seals to this controversy. Such collateral impacts can be more challenging to address in society than the biological aspects of the disease. 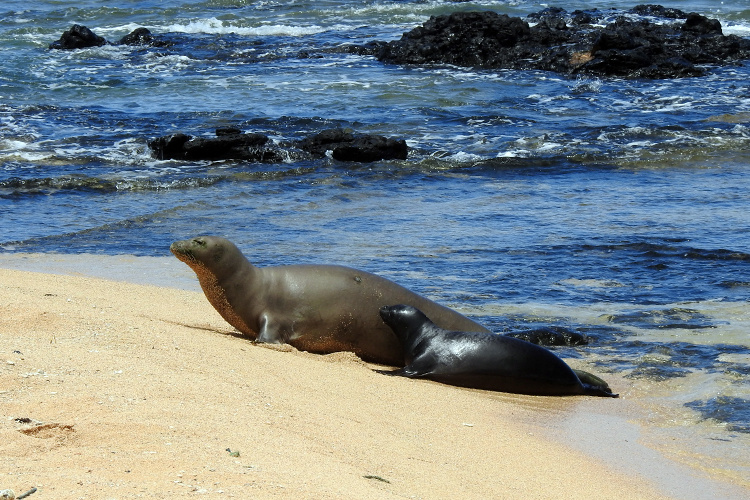 Pōhaku (RO28) and pup RKA6 on a beach in Kauaʻi. Pōhaku passed away on April 1, 2020 after a 10-week-long battle with toxoplasmosis. The process of managing toxoplasmosis generates controversy, which is a collateral impact of wildlife disease management. Photo: NOAA Fisheries.

Still other wildlife diseases may not infect people at all, but can have drastic effects on species that people depend on. For example, viral hemorrhagic septicemia causes large-scale fish kills of species popular for sport-fishing and bait. Fish and wildlife managers play a large role in the management of all of these types of diseases, which are the focus of this new chapter.

Societal beliefs, attitudes, norms, and risk perceptions about how people should interact with animals and the environment create many of the situations that cause disease outbreaks. For example, animals raised and kept in artificially high concentrations for food production can increase the risk for disease. While producers can use antibiotics, indiscriminate use can also result in diseases becoming resistant to antibiotics. In order to sustain a growing human population, managers must regularly determine how to manage these trade-offs. In marine resource management, disease concerns have been one constraint in developing the aquaculture sector. 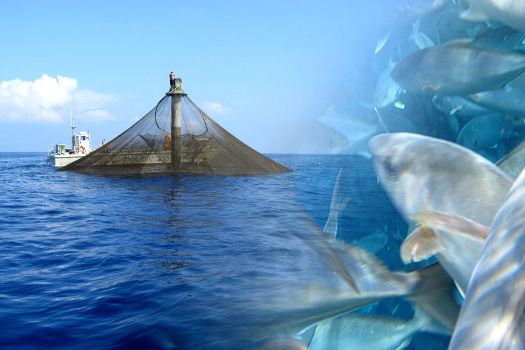 Changes to the environment can cause animal species that evolved separately to interact with each other in new ways that facilitate disease transmission. Clearing habitats for development, agriculture, and livestock production can displace some wildlife species, while others may adapt to these new human-altered environments. Animals that learn to take advantage of the new human sources of food and shelter can transmit disease. This dynamic has been happening as long as people have been altering the environment. Rats and fleas transmitted bubonic plague in the Middle Ages; in more recent times, raccoons are carriers of rabies in suburban neighborhoods on the mainland United States. Commercial trade in wildlife meat (often referred to as bushmeat trade) and wildlife markets that sell both live and dead exotic animals have also been linked to diseases like HIV/AIDS, ebola, and now COVID-19.

Wildlife disease managers need to effectively address disease outbreaks in all of these situations. To do so, they need to understand and consider the desires and motivations behind stakeholder interactions with animals and the environment.

How managers respond to and communicate about wildlife diseases are crucial to management success. Humans can be both drivers of, and solutions to, fish and wildlife diseases. As described above, societal activities create many of the conditions that allow for disease outbreaks. In the same way, societal reactions to outbreaks and the way they are managed can either reduce the prevalence of infections or exacerbate them. 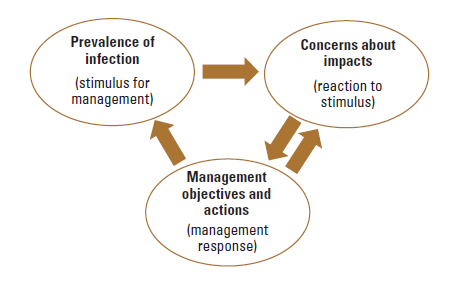 We saw an example of this when I was working on my dissertation on human dimensions of white-tailed deer management. In the early 2000s, chronic wasting disease (CWD) in deer and elk was starting to spread beyond western states. CWD is a prion disease that affects the central nervous system (brain and spinal cord) of animals in the deer family. There have never been any infections reported in people. However, CWD is in the same family of diseases as bovine spongiform encephalopathy (or mad cow disease), which can kill humans who eat contaminated beef products. In 2003, the first U.S. cow was diagnosed with mad cow disease. Although the disease is extremely rare in U.S. cattle, for the next few years, the beef industry took drastic measures to ensure food safety. U.S. beef exports virtually halted.

Against this backdrop, wildlife managers were concerned about CWD having negative effects on populations of deer and elk. They acted quickly to contain outbreaks by killing and testing animals that might be infected. Their message to hunters was that they should continue to hunt and that there was no evidence that CWD could infect humans. However, hunters should take some basic precautions when cleaning and dressing the meat.

In contrast to these messages, news coverage of a CWD outbreak in a captive white-tailed deer facility in New York regularly showed agency staff wearing hazmat suits when handling the deer. What managers may view as precautionary, the public may view as contradictory. If the official agency position is that CWD is not a risk to human health, then why are staff wearing protective gear? Being more aware of how people seek out and process information can help managers avoid this type of mixed messaging. 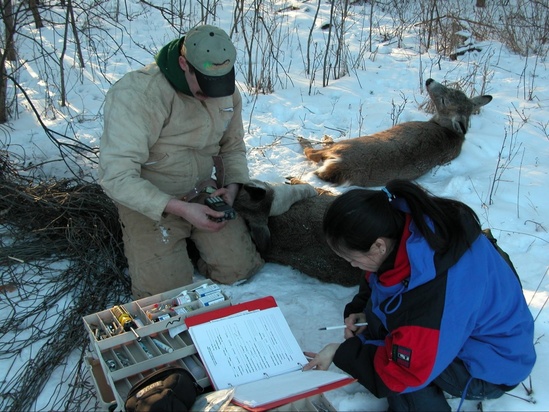 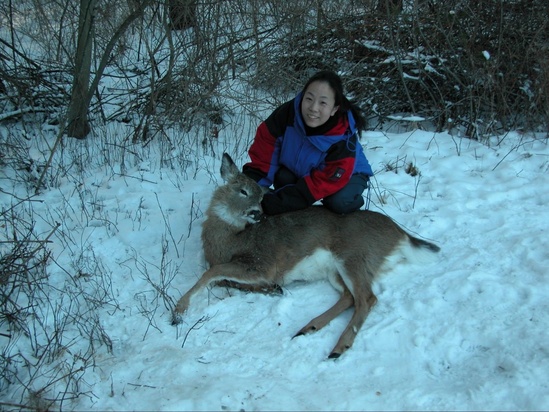 Photos of me assisting with radio-collaring a sedated white-tailed deer during my dissertation research in 2005, when chronic wasting disease was starting to spread in deer herds in the U.S.

We also described what can be done alone and when to seek advice from specialists.

These concepts are crucial in wildlife disease management, yet they also apply to wildlife management and disease management more broadly. All of the resources we synthesized can be applied whenever there are concerns about managing public resources. They can also be applied whenever people might disagree about when or why to proceed, who is responsible for taking action, or how best to reduce risks to the resources or stakeholders.

The original 1999 Field Manual of Wildlife Diseases focused much more on the technical aspects of disease. The inclusion of this new chapter reflects the growing recognition of the role of humans and social processes in the health of social-ecological systems and adoption of a One Health approach. I am honored to continue NOAA’s One Health contributions with this chapter on the human dimensions of wildlife disease management. I hope our work is a helpful resource for people who want to learn more about how to include social science in management in general 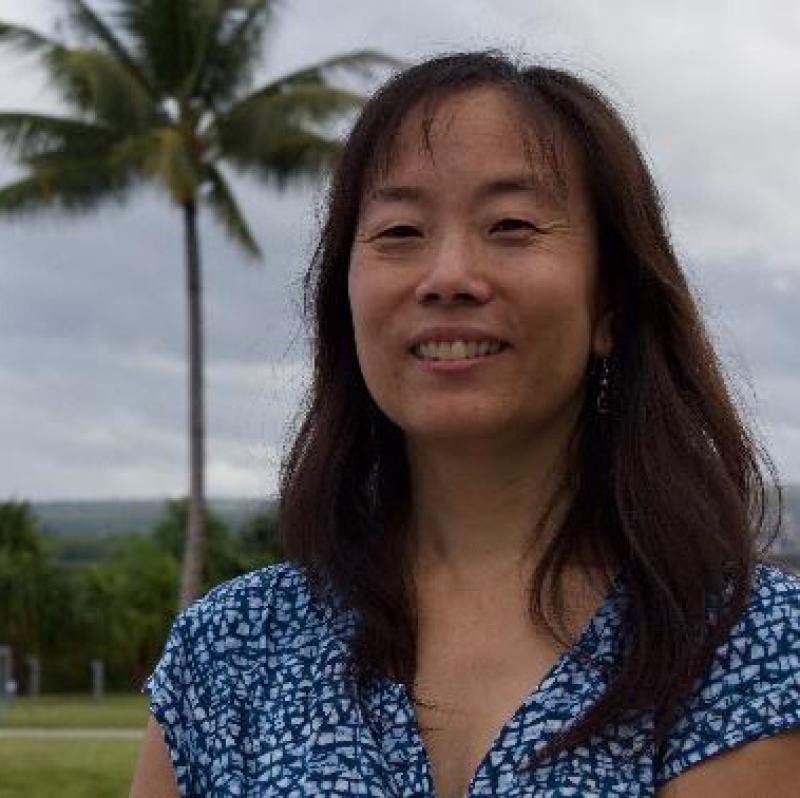 Kirsten has worked as a human dimensions specialist in biological conservation of federal lands and waters for over 15 years. She has published in areas such as governance, public participation, and managing human and animal behavior. Her current research includes broadening ecosystem-based fisheries models to better represent social-ecological systems, communicating risks about sources of seafood and interactions with protected species, and examining cultural aspects of artisanal fisheries.

Last updated by Pacific Islands Fisheries Science Center on May 08, 2020