Researchers test a new strategy to prevent turtles from getting entangled in nets. 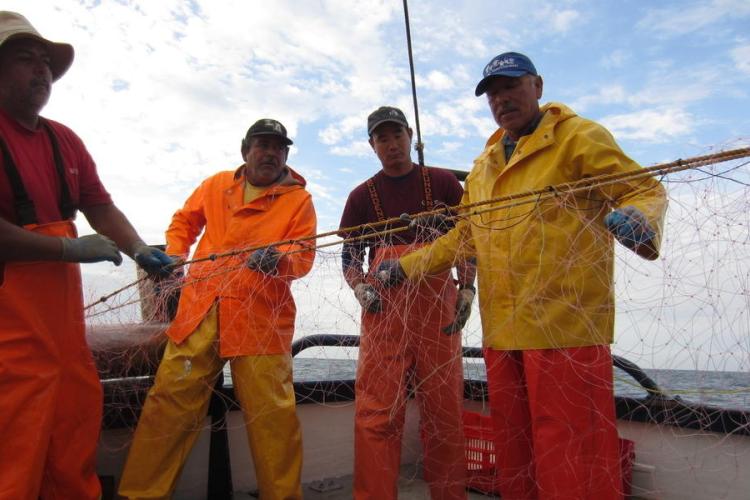 Sea turtles caught by mistake in fishing nets are often injured or die. The encounter is also a costly one for the fishermen whose net is damaged by the entanglement. Our fishery researcher John Wang and his collaborators tried a new technique of installing ultraviolet light emitting diodes (LEDs) on gill nets to find out if they could prevent sea turtles from becoming entangled. 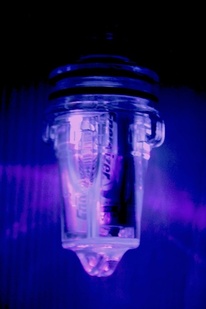 This novel approach to keeping turtles away from the nets could become cost-effective and a win-win for all especially if the lights can both repel turtles and attract target species.

Wang's research has shown great promise so far. In the nets equipped with the UV LEDs, there was about a 40% reduction in sea turtle bycatch. In addition, the use of UV LEDs is more affordable for fishermen because the new LED technology is less costly.

The decline in bycatch, combined with comparable fish catches in the LED-equipped nets, and a decrease in turtle-damaged equipment make the idea something fishermen should consider.

Fishermen in small fishing communities along the Baja California coast have been critical collaborators in testing the use of net illumination as a strategy to reduce sea turtle bycatch. During the next year or so, Wang plans to test LEDs emanating different wavelengths to both attract fish while at the same time deterring sea turtles. It's a prospect that excites scientists, conservationists, and fishermen.

The November issue of Scientific American features our fishery researcher, John Wang, and his paper published in Biology Letters on the use of ultraviolet illumination to reduce sea turtle bycatch. Read more: