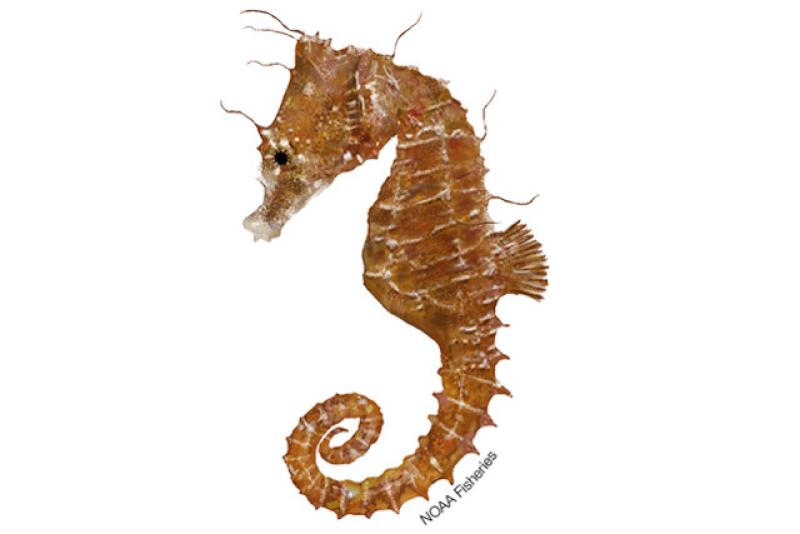 We, NOAA Fisheries, announced a 12-month finding and listing determination on a petition to list the dwarf seahorse (Hippocampus zosterae) as threatened or endangered under the Endangered Species Act. We have completed a status review of the dwarf seahorse in response to a petition submitted by the Center for Biological Diversity. After reviewing the best scientific and commercial data available, including the Status Review Report, we have determined the species does not warrant listing at this time. While the species has declined in abundance, it still occupies its historical range, and population trends indicate subpopulations are stable or increasing in most locations. We conclude that the dwarf seahorse is not currently in danger of extinction throughout all or a significant portion of its range and is not likely to become so within the foreseeable future.